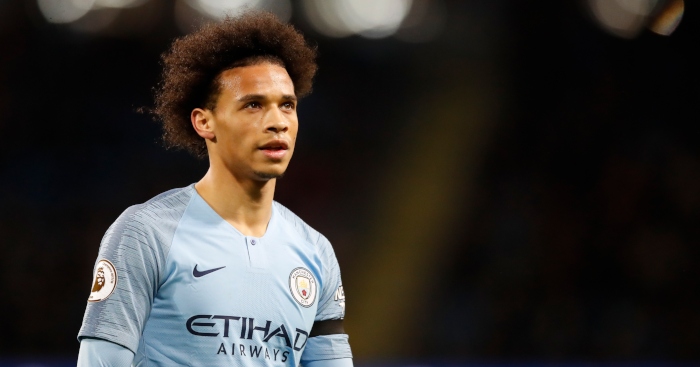 Jorginho has received plenty of criticism in recent months for his constant recycling of possession for Chelsea without much in the way of an end product.

Indeed, Richard Jolly unearthed an excellent stat while writing for FourFourTwo that Jorginho has made 2,996 passes for Chelsea in the Premier League this season without registering a single assist.

And that inspired us to take a look at the 10 Premier League players to have played at a minimum of 500 minutes in the competition this season with the best pass-per-assist ratios.

Iheanacho has struggled for game time over the second half of the season, with his only start in 2019 coming in Leicester City’s dismal FA Cup defeat to Newport County.

The forward featured much more prominently under Claude Puel and, while goals have been hard to come by for the Nigeria international, he contributed three assists in four Premier League outings between the end of September and start of October.

Twenty Premier League goals and assists. Playing in that Manchester City team must be a lot of fun, but Aguero is just really f*cking good, isn’t he?

The first of two Burnley players on this list, which could be reflective of their direct style as opposed to a possession-heavy approach.

Gudmundsson has enjoyed a relatively productive season on the wing for the Clarets with three Premier League goals (the joint third most in the squad) and five assists (joint second).

Widely reported to be leaving Bournemouth in the summer, with Arsenal thought to be his likely destination, Fraser has been one of the best forwards outside of the top six this season, having contributed seven goals and 13 assists in the Premier League.

Ryan Fraser now has as many league assists as Lionel Messi this season (13), only Jadon Sancho (14) has more across Europe’s top five leagues.

One of the breakout stars of the Premier League campaign, McNeil matches his Burnley team-mate Gudmundsson’s figures for goals and assists, despite this being his first full campaign at senior level.

The 19-year-old’s form has already alerted Gareth Southgate, with the England boss inviting the winger to train with his squad earlier this season.

As we were saying, playing in that Manchester City side must be a lot of fun.

Tosun’s days at Everton appear numbered, with Dominic Calvert-Lewin having established himself as Marco Silva’s preferred option to lead the line as the Toffees have been revitalised in recent weeks.

The Turkey international has made fewer Premier League starts over the entirety of the current campaign than he did last term, when he only moved to Goodison Park in January.

We love Olivier Giroud and are willing to fight anybody that doesn’t.

We love Fernando Llorente and are willing to fight anybody that doesn’t.

The second part of Bournemouth’s dynamic forward line, Wilson has registered 14 goals and nine assists in the Premier League this season and has also broken into the England squad, scoring on his debut against the USA.

If Fraser is indeed on his way out, will Eddie Howe be able to keep hold of Wilson?

Callum Wilson & Ryan Fraser need just two more goals between them to set an all-time PL record for the most goal combinations in a 38 game season.