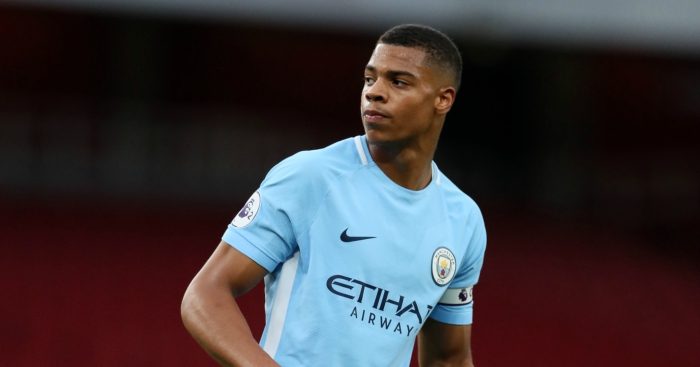 Promising young players from Arsenal, Liverpool, Manchester City and Tottenham all feature among the top scorers in the Premier League 2 this season.

The Premier League’s Under-23 competition caught the eye recently with the news that Manchester United’s side had been relegated from Division 1.

We’ve looked at some of the players to have shone at that level this term, starting with the top goalscorers.

After scoring nine times for Coventry last term, including the winner in the Football League Trophy final, Thomas joined Leicester on a three-year deal in the summer.

The Wales youth international has had to settle for Under-23 football, having started the season with a long list of attackers ahead of him in the pecking order, and in January he was linked with a loan move to Sunderland.

But development manager Steve Beaglehole has tipped the 21-year-old to force himself into Claude Puel’s first-team plans before long.

“The next step for him in January will be to go out on loan or, who knows, if he keeps making the impact he is making being in around the first team,” Beaglehole told the Leicester Mercury.

“That is the pathway he has decided to take. I am sure in time it will prove to be the right one for him.”

Leicester U21 Striker George Thomas was set to go out on loan in January, but his recent performances have impressed Claude Puel so much he is going to ease him into the first team. Excellent that Claude is putting faith in the youngsters. ⚽️💙👍 pic.twitter.com/wD134ioSaH

Now 19, Bennetts was already making headlines four years ago after finding himself at three-way tug of war to secure his international allegiances.

The winger was born in London, but qualifies for Germany through his mother and Nigeria through his father.

“As soon as Germany came in for him England invited him to play for them,” his father Richard told the Daily Mail. “He’s the only kid to play for Germany at that level and not be at a German club.

“It’s tough playing for both teams but very exciting. Keanan has a strong German background from his grandparents, he’s been visiting there three times a year since he was born.

“With England he probably feels slightly more settled as he has some of his Spurs team-mates in the team as well.”

According to Transfermarkt, Bennetts has not represented Germany since Under-15 level, and seems to have instead settled in the England youth set-up.

Spurs fans may already be familiar with Sterling, who was named on the bench for the Champions League clash with Apoel Nicoscia earlier this season.

The 18-year-old striker has been training intermittently with Tottenham’s first-team, attempting to learn from the exploits of Harry Kane.

“Harry Kane is the perfect inspiration,” the youngster told football.london last year. “He’s come through the academy as well. That’s the standard I’m trying to hit.

“It’s really good to be a part of the academy at the moment. You’ve got the first team doing really well and that bodes well for everyone.”

Arsenal have a proud history of producing young players over the years and there are high hopes Nelson will be one of the next academy graduates to establish himself in the first team.

The 18-year-old has been afforded plenty of chances in the cup competitions this season and has even appeared twice in the Premier League.

There were worries among the Arsenal hierarchy that Nelson could leave the club to join the growing number of young English players on the continent, but the player himself recently confirmed he will sign a long-term contract at the Emirates.

"Reiss Nelson and Joe Willock have been shining lights for Arsenal in the Europa League."

Byers moved to Swansea two years ago from Watford, where he made one Championship appearance, but has struggled for senior football since.

Wales Online suggest his form as a No.10 for Swansea’s Under-23s has caught the eye of Carlos Carvalhal, but the Scotland youth international has also been linked with a move to MLS outfit DC United, who are co-owned by Swansea majority shareholder Jason Levien.

Interesting to read that George Byers has recently been linked with a move to DC United, co-owned by Kaplan and Levian. IMO he would benefit more from a loan to a lower championship club but wouldnt be out of place in the Swans 1st team squad. Has the creativity they are lacking.

Currently on loan at Real Valladolid, Martinez has failed to score in Spain’s second tier in six appearances. 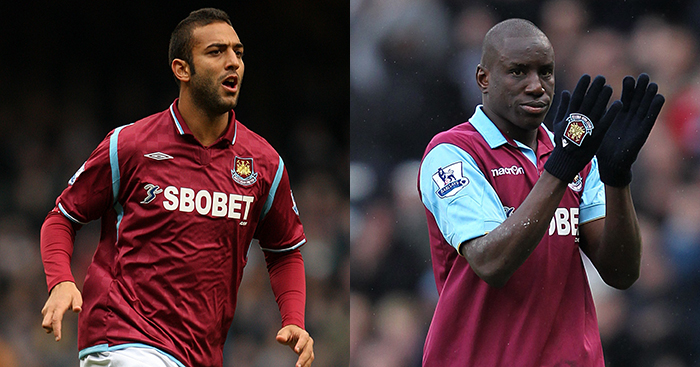 Liverpool have high hopes for Wilson and a promising first half of the season in the development squad has been followed by an excellent second half of the campaign on loan at Hull City.

The Tigers were in a relegation battle when the forward arrived, but five goals and three assists from the 21-year-old has helped ease the club away from the bottom three – to cap it all off, he also scored his first goal for Wales during the China Cup.

Nigel Adkins is hopeful of re-signing Wilson on loan next season, but the player himself has loftier ambitions.

“I’m ready to go back to Liverpool in pre-season and try to stamp my mark on the team,” he said earlier this month.

Nketiah has already proved himself more than capable at first-team level for Arsenal, coming off the bench late on and scoring twice to knock Norwich City out of the League Cup.

The striker has made nine appearances in all competitions for the Gunners this season and has been rewarded with a new long-term contract.

Chelsea may yet be left to rue releasing Nketiah when he was still playing at Under-14 level.

Unlike many of the players on this list, McBurnie has benefited from a number of loan moves which have allowed the forward to play senior football.

While still at Bradford City, he was twice sent on loan to Chester, before Swansea signed the youngster on a three-year deal.

Since moving to Wales he has spent time on loan at Newport, Bristol Rovers and currently Barnsley, where he has starred with eight goals, earning full international honours with Scotland in the process.

Being a young forward at City must be a daunting prospect with the likes of Sergio Aguero, Gabriel Jesus and co. ahead of you in the pecking order.

Nmecha has given himself a fighting chance, however, scoring in the penalty shootout victory over Leicester on his debut and was recently called up to train with the first-team squad after City failed to sign Riyad Mahrez in January.

The 19-year-old faced the daunting task of coming up against Vincent Kompany, but it was a challenge he relished.

“He does go in hard but you’ve got to stick up for yourself,” he said. “You just have to go for it against him. I think it helps as well.”

If he has the mentality to ruffle Kompany’s feathers, we’re not going to bet against him making it at City.