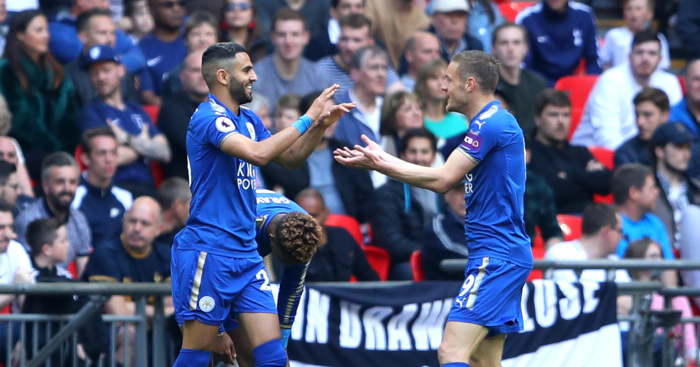 Chelsea, Liverpool and Leicester City players are among the top scoring partnerships in the top five European leagues.

Every great striker needs a creative player behind them, and in some cases it’s the same playmaker providing again and again.

We’ve taken a look across Europe’s top five leagues to find out which combinations have been most fruitful this season, looking at the regular scorer and the regular provider.

Incredibly 25 goals only gets you to third place in La Liga’s scoring charts, and six of Suarez’s league tally have come courtesy of an assist from Sergi Roberto.

The Spaniard claimed seven assists in all from 24 starts in the league, but it wasn’t enough to convince national team manager Julen Lopetegui to take him to Russia.

Another player not travelling with the Spain squad is Morata, whose season petered out after a promising start and reports suggest he could be set to leave Chelsea after just one season.

All Azpilicueta’s six assists for the campaign have been for his countryman, an impressive haul for a defender who has spent the season forming part of a back three.

Continuing the theme, Benzema is another big name missing out on the World Cup, despite creating 10 goals in La Liga this season.

Six of those were for Ronaldo, whose incredible resurgence saw him score 22 goals in the final 13 league games of the season

Salah’s phenomenal season saw him sweep multiple player of the year awards as the Premier League campaign drew to a close, though Liverpool have one final task in stopping Ronaldo in Saturday’s Champions League final.

The quieter of Liverpool’s front three, Mane managed 10 goals and seven assists in the league, providing the free-scoring Salah on six occasions. 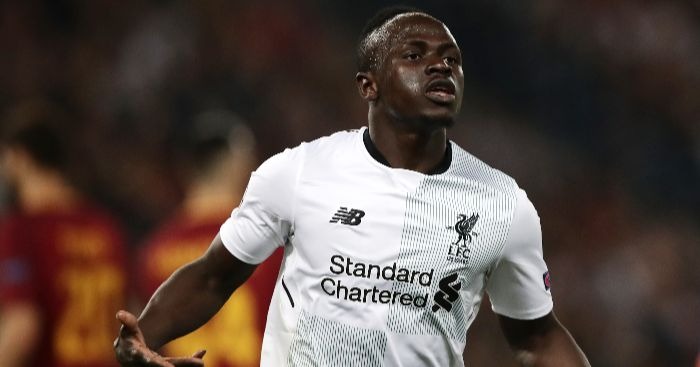 Despite missing over two months of the season with injury, Neymar still finished joint top of the assists chart with 13.

An impressive feat for the pair, who both had impressive seasons despite lining up for bottom placed Ligue 1 side Metz.

Roux grabbed 15 goals and Dossevi 11 assists in total, with the duo combining on seven occasions.

Lewandowski’s 29 goals was double the tally of almost every other player in Bundesliga, only Freiburg’s Nils Peterson scored 15 goals as the country’s second highest scorer.

Muller finished the season top of the assists chart, creating 14 goals on Bayern’s charge to the title, with half of those being put away by Lewandowski.

Not content with pairing up just with Muller, right-back Kimmich has also provided Lewandowski on seven occasions, adding to performances which have seen Bayern tie him down until 2023 as he continues to fill the shoes of Philipp Lahm.

A combined total of 59 goals and 24 assists is hugely impressive, even for Barca’s deadly duo.

Seven of Suarez’s assists have provided for Messi, while the Argentine forward has returned the favour on five occasions.

Finishing the Premier League season fourth in the scoring charts with 20 goals has seen Vardy the subject of reported interest from Atletico Madrid as a replacement for Antoine Griezmann.

Mahrez himself has managed 12 goals as well as 10 assists, forming half of the Premier League’s deadliest partnership.

Jamie Vardy’s excellent volley in #lcfc's 4-1 victory over West Brom has won the Carling @PremierLeague Goal of the Month for March! 🔥👌

Finishing joint top of the scoring charts in Serie A with 29 goals – 44% of all the goals scored by Inter – wasn’t enough to convince Jorge Sampaoli to end their dispute and take Icardi to the World Cup.

Perisic will be in Russia with Croatia this summer. Eight of his nine league assists this season were for Icardi.

Despite being 35 years of age, Quagliarella finished fourth in Serie A’s scoring charts with an impressive haul of 19 for ninth placed Sampdoria.

Former Southampton man Ramirez has created eight goals this season, all of which have been put away by the Italian.