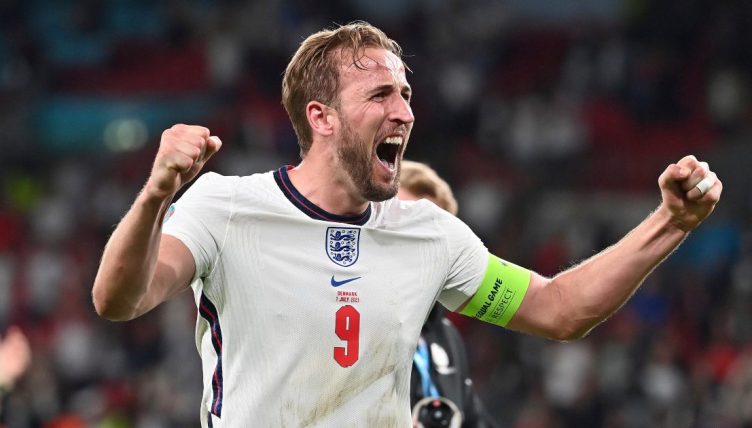 It’s been a brilliant year of international football with Euro 2020 and the Copa America finally taking place after a 12-month delay – and some players have thrived, scoring goal after goal.

Though some still complain about international games interrupting the club season, we are not among them and it’s been a bumper 2021 for lovers of national team football.

As well as the two aforementioned major tournaments, there have been World Cup qualifiers taking place left, right and centre, providing plenty of chances for players to make themselves national heroes.

We’ve taken a look at the 13 players who have scored the most international goals in 2021.

With the shift to a 3-4-1-2 formation, Didier Deschamps has got Griezmann playing in his best position for France and the Atletico Madrid player has had his most productive year for Les Bleus in front of goal, scoring nine times in 15 appearances.

His creative juices have also been flowing, helping…

Benzema’s nine goals have come in just 13 caps and with Kylian Mbappe also returning to form in French blue with his four-goal haul against Kazakhstan in November, France look a dangerous prospect again.

The Euros may not have gone their way, but they’ll be one of the teams to watch at next year’s World Cup.

Karim Benzema’s unstoppable strike vs. Spain is the Nations League Goal of the Tournament ☄️

The former Leicester City target man is not massively prolific for his club Lyon – seven goals in 30 games since the start of the 2020-21 campaign is hardly mind-boggling.

But in the white and green of Algeria, he morphs into the sharpest of sharpshooters and has nine international goals in 2021, including four in a game against Djibouti.

In total, he now has a very healthy 39 goals and 21 assists in 80 international games, making him the country’s all-time top scorer.

China manager Li Tie is increasingly turning to naturalised British and Brazilian players in an effort to get his team to the World Cup in 2022 – but his top scorer in 2021 was born in Nanjing.

Espanyol forward Wu Lei is the only member of the current China squad to play outside of the country’s Super League and is a superstar at home.

This year, he’s managed nine goals in the red of his nation, all of which have come in competitive games. Still, it hasn’t been enough, with China languishing fifth of six in their World Cup qualifying group.

Zahavi has been a prolific goal scorer for the Israeli national side for over a decade now and 2021 has been no different.

The PSV Eindhoven man has netted nine times for the Blue and Whites this calendar year with highlights including a hat-trick against the Faroe Islands and a goal against Scotland at Hampden Park in September.

He currently sits as Israel’s all-time leading scorer with 33 goals and we really feel he should be more respected on the international stage.

What can we say about this man?

Nine more goals in the Albiceleste shirt in 2021 have taken him past Pele as the most prolific South American in international football and have, finally, helped him secure silverware with his country.

He may not have had his best game in the final against Brazil, but his four goals and five assists in seven games were absolutely crucial in helping Argentina to the Copa America crown, their first trophy since 1993.

Probably one of the least surprising names on this list, Lukaku has been on fire for both club and country this year with 28 goals since January. Eleven of them have come for Belgium.

He was amongst the top scorers at Euro 2020 with four goals – his biggest moment of the tournament coming with his strike against eventual winners Italy at the quarter-final stage.

The 28-year-old now has a record 68 goals for the Belgian national side, more than double his nearest competitor in Eden Hazard, and since winning the Serie A title with Inter Milan last May and re-joining Chelsea during the summer he has cemented himself as one of Europe’s elite attacking players.

One of world football’s most lethal strikers, Lewandowski has been the star of the Polish national team for over 13 years now.

The Bayern Munich man is another player on this list to currently rank as his country’s top scorer – with a stunning 74 goals in his 128 caps.

And 2021 has seen no let-up in his performances in front of goal with strikes against Hungary, Andorra, San Marino and Albania during World Cup qualifying as well as a goal against Spain and brace against Sweden during the Euro’s group stage.

This year has equalled Lewandowski’s best goal total ever for Poland with 11, and he looks like he may well reach triple figures in the international game before the end of his career.

Finding Ronaldo in the top five here is about as much of a shock as finding out your gran’s bought you a nice pair of brown woolly socks for Christmas.

In 2021, the Manchester United goal-robot became the leading international scorer of all time, helping himself to 13 goals across the calendar year to move onto 115 for Portugal, six ahead of Ali Daei’s 109.

His five at Euro 2020 weren’t enough to help Portugal past the round of 16, nor did his six in World Cup qualifiers (four of which came against his favourite victim, Luxembourg) help his side to an automatic spot at Qatar 2022.

But there was time for a very, very on-brand Ronaldo moment. Against Ireland in October, he produced two very late goals to turn the game on its head and take the three points.

One of the least recognisable names on the list, Besiktas forward Larin is one of the new generation of Candian players who are looking to lead the country to a place at the World Cup for the first time since 1986.

Larin’s incredible return of 14 goals in 13 games in 2021 – including both in a 2-1 win over Mexico in November – have put Canada top of the Concacaf World Cup qualifying group with six games to go.

We’ll be very impressed if anyone knows the ins and outs of Mabkhout’s career.

He has enjoyed a remarkable international record for the United Arab Emirates with 79 goals in his 98 appearances for the country and has enjoyed another stunning year in 2021 which even featured back-to-back hat-tricks against India and Jordan.

The striker, who also has an additional 185 goals for his club side Al Jazira, also scored braces against Malaysia and Indonesia during World Cup qualifying as well as netting while playing Vietnam, Syria, Iraq and Lebanon.

Despite this 2021 wasn’t even Mabkhout’s best in a U.A.E shirt, falling five short of his 19 international goals in 2019.

Unfortunately for the forward, however, his efforts do not appear to be enough to fire his nation to next years World Cup Qatar with the country currently sitting eight points behind second-place South Korea in the qualification group with four games left to play.

England’s onion-bag-botherer in chief has had a stunning year. His 16 goals helped England to the final of Euro 2020 and saw him become England’s leading scorer in competitive matches.

Wayne Rooney’s overall record is in his crosshairs.

Seven. Teen. In one year. In 16 games. Obscene stuff from the Dutchman.

The Netherlands are going straight to Qatar having finished ahead of Turkey in UEFA World Cup qualifying Group G and it’s largely thanks to the Barcelona striker.