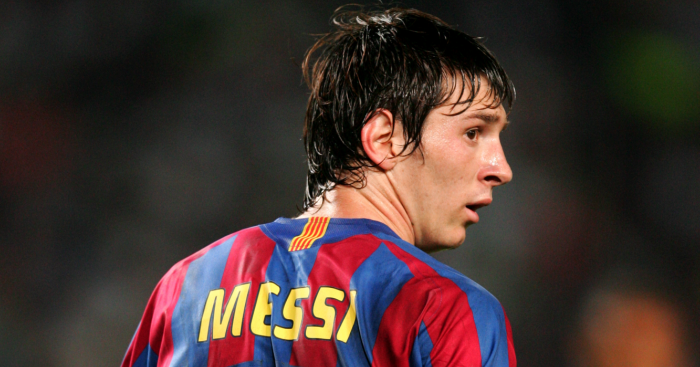 Lionel Messi scored his first La Liga goal for Barcelona in May 2005 – and it didn’t take long before he was setting the pace for goalscoring in Europe.

On the day Messi scored against Albacete, Is This The Way To Amarillo was UK number one, Tony Blair was Prime Minister and the first video to be posted on YouTube was just a week old.

We don’t need to tell you that a lot has changed since, but Messi has remained frighteningly consistent in front of goal. We’ve taken a closer look at the top five goalscorers in Europe’s big five leagues since the little magician came into our lives.

Cavani and Lewandowski can’t be separated, with both strikers notching 253 goals.

If we really had to split the two, Lewa would have the edge – Cavani has been playing in Europe’s elite leagues since joining Palermo in 2007, while the Poland captain only moved to Borussia Dortmund in 2010.

With one more goal than Cavani and Lewandowksi, Aguero ranks as the fourth most consistent goalscorer of the past 15 years.

After signing for Atletico Madrid in 2006, the Argentina striker scored 74 goals for the Spanish club before another 180 at Manchester City.

We don’t need to ask you which is the first of those 254 that springs to mind.

Ticking off Europe’s elite clubs with the enthusiasm of a gap-year student, it’s no surprise Ibrahamimovic has netted 273 goals in that time.

He’ll be mightly peed off but, with 450 goals, Ronaldo falls one short of his long-term personal rival.

In May 2005, the Portuguese icon was in the process of morphing from scrawny winger to complete footballer at United.

Since moving to Real Madrid in 2009, he has scored 20+ goals in every season since.

With 451 goals since his first all those years ago, Messi is undoubtedly the greatest club footballer of all time.

In December 2020, he even overtook Pele’s record of most goals scored for one club after chalking up his 644th for Barcelona in all competitions.

We will be lucky to see anything resembling Messi ever again.

644 goals for a single club truly remarkable. Lionel Messi the best of all time. pic.twitter.com/WWvpwfeNgo