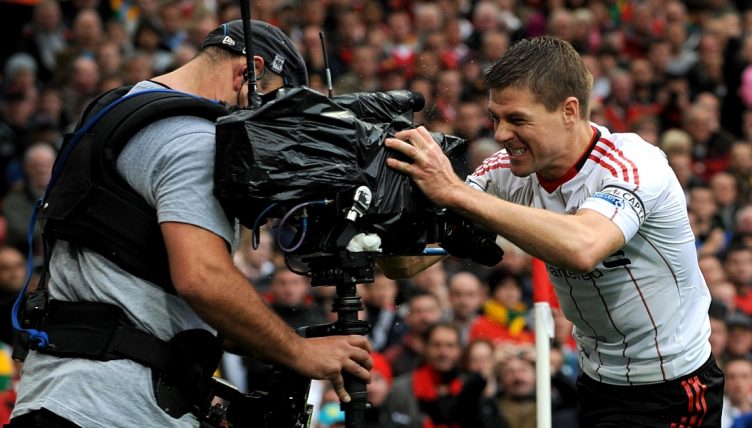 As English football’s two most successful football clubs, Manchester United against Liverpool will always be among the anticipated fixtures of any Premier League season.

However, if we’re being totally honest, it can often be a cagey and low-scoring encounter that doesn’t quite live up to the hype. It hasn’t been blessed with the most prolific goalscorers in the modern era.

Unlike the North London derby, which has seen Harry Kane and Thierry Henry bang in the goals, only a handful of players have scored four or more goals in Premier League matches between the two historic rivals. Here’s how they shape up.

It’s unsurprising that Giggs has the most appearances of any player in the history of this fixture, but it’s mind-blowing to think that he’s featured in almost a quarter of all the matches ever – 48 of 207.

The winger notched five goals and 11 assists across those 48 appearances in all competitions, with four goals and 10 assists coming in 38 Premier League appearances. His first goal came in a 3-3 draw at Anfield back in January 4, 1994, while his last was a match-winning penalty in the FA Cup third round, 17 years later.

Over the course of his career, Cole scored 11 goals against Liverpool, including a hat-trick for Newcastle in his first appearance against them in 1993 – all three goals in a 3-0 win.

All of those goals came in the league – and he’s scored more Premier League goals against the Reds than any other player – yet surprisingly only four of them were for United.

Still, scoring four goals in 10 appearances is a more than respectable return in the context of the fixture, and a better return than legendary goalscorers like Ruud van Nistelrooy and Cristiano Ronaldo.

Former Manchester United striker Andy Cole says he always enjoyed playing against Liverpool because of the ‘special’ atmosphere at Anfield.

Rashford rinsing Trent Alexander-Arnold and scoring both of United’s goals in a 2-1 home win back in October 2018 is the only time the Carrington academy graduate has been on the winning team in the Premier League. But he did score and assist in a 3-2 FA Cup victory last season.

The 23-year-old has scored five goals in 11 appearances against Liverpool (four in eight in the Premier League). But his time at the club has coincided with the largely cagey nature of this fixture – half of his eight league appearances have ended as goalless draws.

The Red Devils’ all-time scorer, born in Croxteth and arguably the best-ever player to come through Everton’s academy, seemed to relish this fixture as much as any other player.

He played in 21 Premier League meetings between United and Liverpool, as well as a few Merseyside derbies for good measure. Across those games, he scored six goals.

Only one player has scored more goals than Fowler in this fixture, which is impressive considering he only played in it 12 times in the Premier League.

The striker boasted a one-in-two record, scoring six times in 12 Premier League matches, and few know what it means to score against the Red Devils quite like him.

After leaving Liverpool, Fowler went on to represent old enemy Leeds United, and even scored important goals in a couple of Manchester derby wins for City.

Gerrard was never quite able to topple United off their perch during his long and storied career with Liverpool, famously failing to ever win a league title, but he had his fair share of special moments against them.

Getting sent off within seconds of his introduction in his final appearance against the old rivals was quite the way to bow out for a player that has arguably dominated this fixture like no other player in history.

His nine goals in total, eight of which came in the Premier League, see him tied with historic figures George Wall and Sandy Turnbull as the historic rivalry’s all-time top scorer.