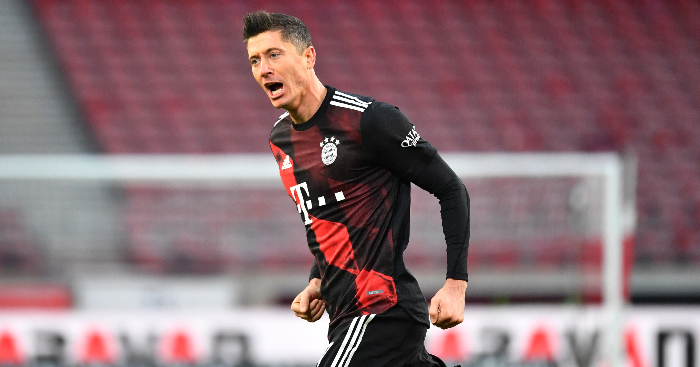 It’s been a strange start to the 2020-21 season, with plenty of eye-catching results as games are played behind closed doors or to reduced capacities across Europe’s top five leagues.

But the lack of fans doesn’t appear to have affected the goalscoring form of the top strikers, with some incredibly prolific goalscorers so far, and plenty of the usual suspects delivering the standards expected of them.

Here’s who tops the charts from the Premier League, Bundesliga, Ligue 1, Serie A and La Liga so far in 2020-21.

Bamford is already halfway to matching his tally from last season’s Championship, with 16 goals coming from 45 appearances in England’s second tier.

He’d previously been criticised for failing to take chances, dramatically underperforming his xG (expected goals). But this season he’s performing about par, having scored eight goals from 8.2npXG (non-penalty expected goals) – which is the most of any individual player in the division (via FBref).

Elsewhere, Ronaldo is averaging a goal every 58 minutes in Serie A, a better rate than every player above him in this list, while Kane has supplemented his goals by being the top assister in Europe with 10 already.

WHAT A START FOR LEEDS! ⚪️

Patrick Bamford scores against his old club inside five minutes!

The Leicester City striker has scored more penalties (five) than goals from open play (four) in the Premier League in 2020-21, but the current Golden Boot holder is certainly not slowing down.

Eighty-five of his 141 goals for the Foxes have come since he turned 30. The modern-day Ian Wright.

Liverpool’s Egyptian King has upheld exceptional standards since he arrived on Merseyside in 2017, scoring 73 Premier League goals across his first three full seasons with the club.

2020-21 looks like it will be no exception, with nine goals from 10 appearances so far.

The man is 39 years old and, having returned to AC Milan, appears to be firing them to the most unlikely of Scudetto challenges after many years in the wilderness.

His 10 goals in Serie A have come from just six appearances, averaging one every 52 minutes. 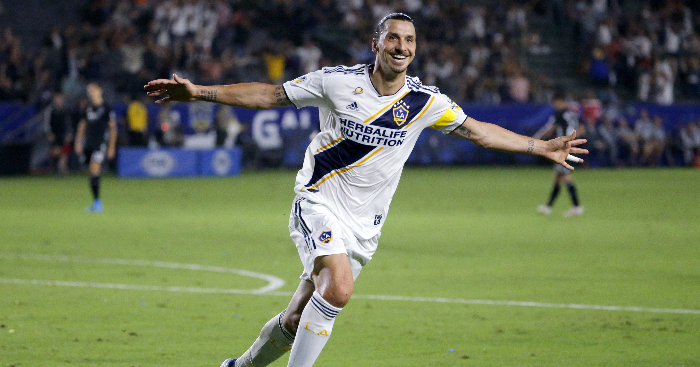 Given he’s already scored close to 150 goals at senior level for club and country and has a World Cup and three Ligue 1 titles on his CV, it’s easy to forget that Kylian Mbappe is still just 21 years old.

He’s averaging more than a goal a game in Ligue 1 so far this season, with 10 from nine. Curiously for such a prolific striker, he’s failed to score in each of his last 12 Champions League appearances.

The South Korean’s stunning opener in the north London derby was his 10th Premier League goal of the campaign already, and remarkably the eighth to have been assisted by Kane.

He’s already just four goals short of his best-ever career tally of 14 Premier League goals from back in 2016-17. He’ll surely beat that.

It’s safe to say that the young Norwegian’s breakout 2019-20 campaign with Red Bull Salzburg and Dortmund wasn’t a freak. He really is that good, and apparently getting even better.

That counter from Jadon Sancho ⚡️

Box-to-box run before laying on an assist for Haaland's second of the night for Dortmund 💥 pic.twitter.com/HSQRLbItv9

Not only the Premier League’s top scorer with 11 goals, but only one player in Europe’s top leagues has notched more. Not only is he averaging a goal a game, but he’s scored against eight of the 11 opponents he’s come up against so far in 2020-21.

He also scored on his England debut back in October. A huge season for the 23-year-old striker.

But he’s hit new heights over the past 18 months with goalscoring form only Lionel Messi and Ronaldo have managed in years gone by, scoring 55 goals in all competitions last season to fire Bayern Munich to the treble.

It’s a travesty there’s no Ballon d’Or this year because he’d be the only candidate. But at this rate he’ll be a strong candidate for the next one, picking up where he left off with 12 goals already from just nine Bundesliga appearances.

At this rate, there’s a chance he breaks Gerd Muller’s legendary record of 365 Bundesliga goals. Just 117 to go…