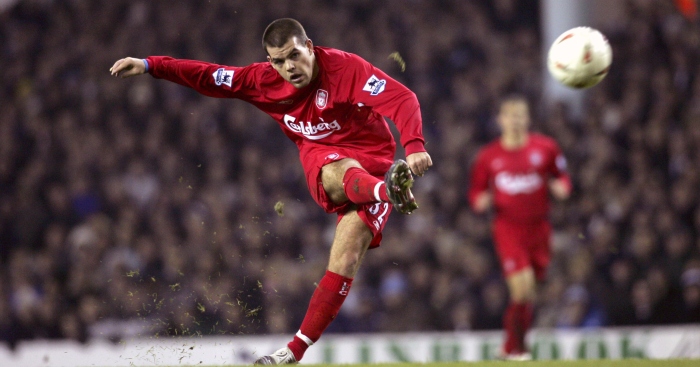 We can only admire Don Balon for trying to predict 100 future stars back in 2001 – but it’s safe to say quite a few didn’t turn out as expected.

The Spanish outlet published a list of their top 100 young players in world football and, to be fair, they can’t feel quite smug about some of their selections.

The likes of Andres Iniesta, Zlatan Ibrahimovic and Kaka all featured and went on to justify the hype with trophy-laden careers, while players such as Andres D’Alessandro, Joaquin and Gareth Barry also enjoyed hugely respectable careers too.

But then there’s those such as Michael Chopra, Florent Sinama-Pongolle, Anthony Le Tallec and Jermaine Pennant, who all played in the top flight but weren’t quite Iniesta or Zlatan.

We’re not interested in any of those, though. We’re only here for the ‘who the f*cking hell are you?’ selections – of which there are many.

Leandro Bonfim: It’s never usually a good sign when their CV features 14 clubs in 14 years, or when the Dutch version of Vice Sports publish an article titled ‘Why Brazilian super talent Leandro completely failed at PSV’.

Mourad Meghni: A nine-year career in Europe for Bologna and Lazio sounds promising, and Sochaux president Jean-Claude Plessis once dubbed Meghni the “Little Zidane”. But he then failed to score in 18 appearances for the French outfit as it became apparent he wasn’t the Little Zidane.

Mantorras: We’re going to bet our house that Teddy Sheringham had never heard of Mantorras – whose career was decimated by injury – when he appeared in the Angolan forward’s Benfica testimonial.

John Welsh: The midfielder was tipped to follow in Steven Gerrard’s footsteps at Liverpool. He is now club captain of Grimsby Town.

Melli: A regular at Real Betis for six seasons, winning the Copa del Rey and also getting relegated in that time, the defender has since played in Belgium, Moldova, Greece and Azerbaijan.

Marius Niculae: The striker made his debut for Dinamo Bucharest at the age of 15 and went on to captain both his club and country. But he also played for Inverness.

Julio Colombo: Having retired at 26 after eight years at Montpellier, Colombo was plunged into debt after two business ventures went awry and he was later sentenced to six years in prison after being arrested for links to an international drug trafficking operation connected to the Italian mafia.

Hassan Yebda: You remember him, don’t you? It rings a bell, somewhere. There it is: Portsmouth’s relegation season, and a winner against Wolves for their first three points of the season.

More World Cup memories… I forget why, but we appear to have drawn Hassan Yebda with an iced gem on his head. pic.twitter.com/h06RyXrccQ

Ednilson: We miss the days of transfer fees involving lire, as the fact Ednilson was once signed for 618million lire makes him sound like the greatest football of all time. He wasn’t.

Jay Lucas: Southampton warded off competition from the likes of Liverpool, Leeds and Middlesbrough to land the 16-year-old Australian in 2001, hoping he would emulate Harry Kewell. Instead, he is the subject of lots of ‘Whatever happened to Jay Lucas?’ articles online.

Christian Petereit: A Schalke prospect who made precisely zero appearances for Schalke and was retired by the age of 26.

Francesco Lodi: Has had the exact career you would expect of a relatively unknown Italian midfielder, by which we mean ‘eight clubs, including two separate spells at Udinese and three spells at Catania’.

Cats Ribeiro: We honestly can’t work out who this is. We’ve narrowed it down to two Brazilian players and neither of them have done much of note. Meow.

Francisco Tarantino: Quentin’s namesake has a similar taste for violence, marring his breakthrough into Athletico Bilbao’s first team by getting sent off twice in his only three appearances.

Lourenco Da Silva: Players on this list shouldn’t end up on loan at Ipswich and Bristol City from Sporting Lisbon.

Alexander Ludwig: Now players for a German sixth-tier side named Wacker Gotha, which is what bullies at school used to do where we grew up.

Johnnier Montano: In 1999, Montano made his senior Colombia debut at the age of just 16, scoring a wonder goal against Argentina in the Copa America shortly after being bought by Parma. By 2003, he had made his last international appearance, having struggled with alcohol and becoming embroiled in a number of ugly off-field incidents.

Mark Fotheringham: Currently player-assistant manager at Cowdenbeath after a remarkable career in which he played in Scotland, England, Germany, Switzerland and Cyprus.

Jhonny Van Beukering: Became known as Burger King Jhonny during three years at NEC for being so overweight and slow. Our new favourite footballer.

Derek Boateng: A former Football Manager god who briefly rocked up at Fulham and was relegated after making all of three appearances.

Andres Oliveira: Not a clue.

Tuomas Aho: Enjoyed a long, very non-descript career in Finland and Denmark which we’re quite jealous of.

Thijs Jouwing: Scoring on his FC Twente debut was as good as it got for Jouwing, who found himself playing part-time just a few years later.

Michael Zepek: A move to Bayer Leverkusen appeared to be Zepek’s big break, but he never actually played for them.

Mika Vayrynen: A proud member of one of Leeds United’s weirdest signings since their relegation from the Premier League. 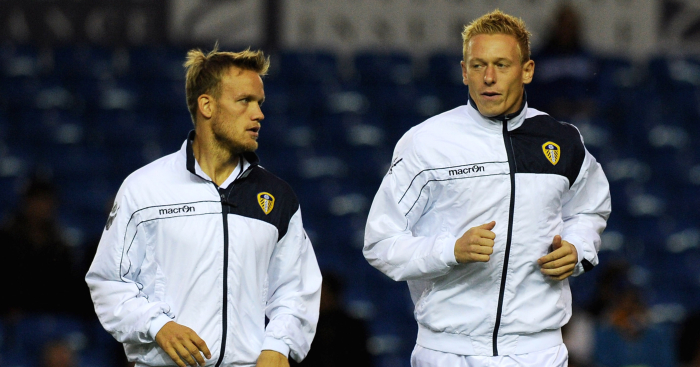 READ: Ranking 35 of Leeds United’s weirdest signings since relegation from the PL

Ramon Calliste: There was plenty of hype around Calliste, who broke future Olympic champion Darren Campbell’s 200m record in school and became Manchester United’s youngest player to score a hat-trick for the Under-17s, and he even made the switch to Liverpool after being released from Old Trafford. But a dislocated ankle ruined his footballing career, although he now runs a luxury watch business with an annual turnover of £5million.

Christoph Preuss: Another player whose career was scuppered by injury, the former Eintracht Frankfurt man retired in 2010 at the age of just 28.

Keith Kelly: A Jamaican attacking midfielder who failed to make the grade at PSG and has spent the rest of his career in Caribbean football.

Aldo Jara: Moved from Paraguay to Chile to Peru and back to Paraguay. Not quite the South American cult hero in the mould of Pablo Escobar.

Leonardo Santiago: The Brazilian came to the attention of European clubs at a young age after a documentary was made about him and a friend as 11-year-olds. The winger went on to land himself in hot water at Feyenoord after it emerged he had used a forged Portuguese passport, but he went on to play in their UEFA Cup final victory over Borussia Dortmund in 2002.

Azar Karadas: It was inevitable someone on this list had a spell at Postmouth under Harry Redknapp, and sure enough the centre-back/striker (what a combination) was part of the club’s great escape of 2005-06.

Benjamin Auer: A decent German prospect, but the striker was always more at home in the country’s second tier.

Erdal Kilicaslan: Came through the ranks at Bayern Munich and scored a record 41 goals in 65 appearances for Germany’s youth sides but spent the rest of his career in Turkey.