Thiago Silva next? The 19 players Chelsea have signed from Ligue 1 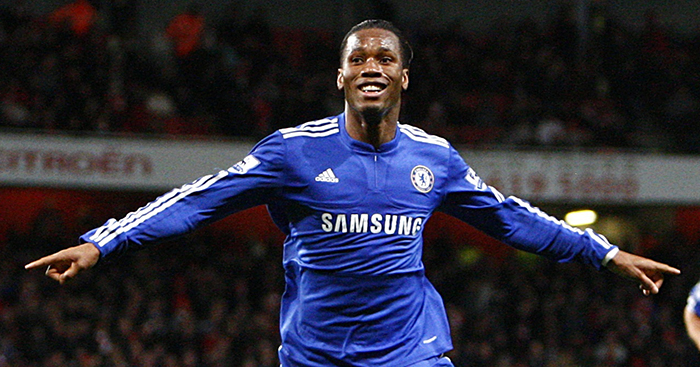 Thiago Silva appears set to become Chelsea‘s latest signing from Ligue 1, a competition from which they’ve had mixed success with imports over the years.

Brazil defender Silva has spent the last eight years at PSG but became a a free agent following their Champions League final defeat to Bayern Munich and is tipped to move to Stamford Bridge on a free transfer.

We’ve taken a look at the 19 players Chelsea have signed from Ligue 1 in the Premier League era to see how they have generally fared.

Bakayoko completed a £40million move to Chelsea in 2017 after helping Monaco win the Ligue 1 title and reach the Champions League semi-finals.

But the midfielder failed to justify his price tag and has spent the last two seasons out on loan at AC Milan and Monaco. A permanent exit is expected to follow this summer.

Chelsea sold Luiz to Paris Saint-Germain in 2014, but Antonio Conte decided to bring the defender back to Stamford Bridge two years later.

The Brazil international was an integral figure in their title-winning season in 2016-17 and also won the FA Cup and Europa League during his second spell at the club.

Batshuayi joined Chelsea for £33million from Marseille in 2016 and was regarded as one of Europe’s top young strikers.

The Belgium international bagged the winner which clinched the 2016-17 Premier League title but is yet to establish himself as a first-team regular, scoring 25 goals in 77 appearances, and has been linked with a permanent transfer away from the club this summer.

After a dismal season on loan at Manchester United, Chelsea fell for the same trick in signing Falcao joined Chelsea on a season-long loan deal from Monaco.

It was the same result, as the striker scored just one goal in 12 appearances for the club in 2015-16.

After failing to sign John Stones in 2015, Chelsea panicked and decided to sign the relatively-unknown Djilobodji from Nantes on deadline day.

The defender made just one cameo appearance against Walsall before being loaned out in January and sold the following summer.

Zouma came through the academy at Saint-Etienne and was linked with several big clubs before moving to Chelsea in January 2014 for £12million.

A promising start was curtailed by injury, leading to loan spells at Stoke City and Everton before the centre-back finally became a first-team regular once again under Frank Lampard in 2019-20.

Azpilicueta arrived at Chelsea from Marseille in the summer of 2012 following their Champions League triumph.

The versatile defender has become a stalwart for the Blues across the last eight years, making over 350 appearances in all competitions.

Most importantly, he’s also developed into a bit of a shithouse.

Hazard first caught the world’s attention through his performances at Lille before Chelsea beat Manchester United and Manchester City to his signature in 2012.

The Belgium international then developed into one of the best players in the world, winning two Premier League titles, two Europa Leagues and an FA Cup during his seven years at Stamford Bridge.

After winning four consecutive Ligue 1 titles with Lyon, Malouda completed a £13million move to Chelsea in 2007.

Chelsea broke their transfer record to secure Essien’s services in 2005, signing the midfielder for £24.4million from Lyon.

The Ghana international formed part of an incredible midfield trio alongside Claude Makelele and Frank Lampard, helping the club win back-to-back Premier League titles in the 2005-06 and 2006-07 seasons.

He made over 250 appearances during his eight-and-a-half yeas at Chesea before joining AC Milan in 2014.

£24million for *this* record in cup finals? Money well spent.

The Premier League’s greatest ever goalkeeper?

🇨🇿 Chelsea completed the signing of Petr Cech for £7M.

Signed for £3.45million from Bordeaux in 2003 by Claudio Ranieri, Smertin spent his first season in England on loan at Portsmouth.

The midfielder struggled for first-team opportunities under Jose Mourinho and was eventually sold to Dynamo Moscow in 2006.

Anis joined Chelsea from Rennes in 2002 but left west London 12 months later having failed to make a single senior appearance for the club.

After rising through the ranks in France, starting his career with second-tier Caen before joining Marseille and tasting Champions League football for the first time, Gallas joined Chelsea for £6.2million in 2001.

Forgetting the whole ‘threatening to score an own goal if he wasn’t sold to Arsenal’ thing, the defender proved a brilliant signing throughout much of his time at Stamford Bridge.

Let’s face it, Gallas subsequent meltdown in the No.10 shirt at Arsenal must’ve been pretty funny for Chelsea fans too.

A member of the Marseille team beaten by Parma in the 1991 UEFA Cup final, Issa was signed on loan by Chelsea in 2001 but failed to make a single competitive appearance for the Blues.

The defender’s 15-game spell at Watford under Gianluca Vialli wasn’t much better: he was placed on the transfer list five months after joining and is best remembered for being dropped as he was carried off the pitch on a stretcher.

Another loan signing, this time from Cannes in 1998, Charvet at least got to play for Chelsea, scoring in defeats at West Ham and Leeds in his 11 appearances.

An unused substitute in the Blues’ Cup Winners’ Cup final victory over Stuttgart, the right-back later had spells at Newcastle United and Manchester City.

In Lambourde’s four years at Chelsea, one of which was spent on loan at Portsmouth, the west Londoners claimed four cups, but the defender was involved in none of the finals.

He did score a winner against Tottenham at White Hart Lane, however, so that justifies the transfer in itself.

A name which really harks back to the time Chelsea became suddenly cosmopolitan, Leboeuf was a popular figure at Stamford Bridge, making over 200 appearances across five seasons at the club.

He chipped in with 24 goals from the back, taking over 20 penalties for the club and missing just three times.