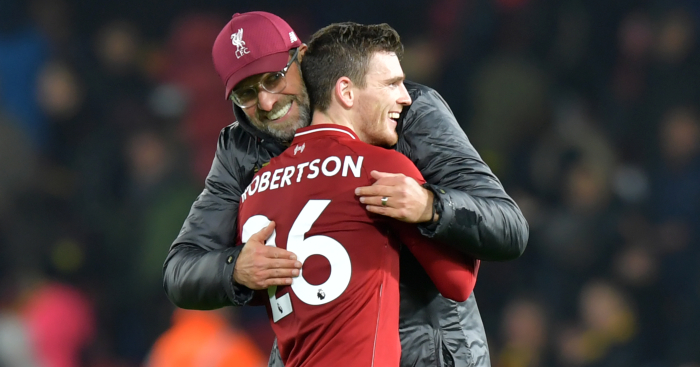 Plenty of footballers continued to show their class this weekend, while one young Leeds United fan took the initiative to open transfer negotiations on behalf of the club.

Elsewhere, we have a classic throwback clip from the Bundesliga and some textbook non-league dogs.

We’ve rounded up everything that caught our eye this weekend.

This month in 2004 Leverkusen goalie Hans Jörg Butt scored a penalty and then immediately conceded a goal while still celebrating when Schalke's Mike Hanke scored directly from kick-off. pic.twitter.com/wbonynCZlY

A classy message for a local Liverpool hero.

‘You are always welcome at Melwood and Kirkby. I’ll show you around Kirkby personally.’
Classy message from Jürgen Klopp to legendary Melwood gateman Kenny Grimes who is retiring after more than a quarter of a century of service to #LFC pic.twitter.com/jt92IRnFGT

Another one of the good guys.

For an auction to raise money for health workers the father of French boxer Alexis Vastine donated his son’s London 2012 Olympics outfit.

Laporte bought the outfit… And gave it back to Alexis’s Dad. 👏

If you know, you know.

You are, as always, a bulky chipmunk. Quarantine routine from my isolation inspiration station. Ciao Bella Insatiooooo. 😂😂 @realbobmortimer pic.twitter.com/wIHJjUQWhe

Brighton wrote back to politely reject the offer, but what they don’t know is our deputy editor Rob is willing to match Daniel’s offer in the hope it’s now too good to turn down.

💙 Thanks to young @LUFC fan Daniel who recently wrote to us regarding @ben6white. 👏

Ex Middlesbrough midfielder Didier Digard has been reminiscing to @lequipe about his career. Asked about coaches he says that he never understood a word that Gordon Strachan said. "I left for Nice because of it. I can't even tell you if it was English or not."

With an excellent addition of Alan Shearer at the end.