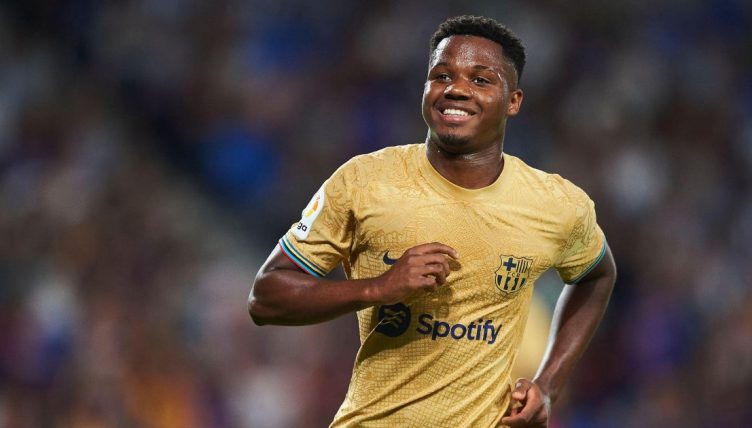 It wasn’t a vintage array of Premier League fixtures this weekend, but brilliant performances from Arsenal and Leeds and a cracking game between Newcastle and Manchester City made sure it was still plenty exciting.

There was some thrilling action across Europe too, with Barcelona bagging four, PSG knocking in seven and Werder Bremen producing a comeback for the ages against Borussia Dortmund.

We’ve rounded up the best of the weekend’s football for your viewing pleasure.

Now ahead of Sergio Aguero and up to fourth in the all-time rankings.

The most goals for one club in Premier League history ✨@HKane, take a bow 👏 pic.twitter.com/v7UG6EIzQ9

Zinchenko’s reaction was all of us watching at home.

🚀 The goal
😱 The reaction

Ronaldo Nazario was spotted at Tottenham this weekend but we swear he had the ball at his feet in Bournemouth.

Over 12 hours later we’re still trying to work out how he saw this pass was on.

“Miggy can Grealish have your shirt”

Eight seconds. Neymar – Messi – Mbappe – goal. This was the first of Mbappe’s hat-trick in a 7-1 win. May as well hand them the title now.

It's taken Kylian Mbappé just 8 SECONDS to open the scoring for PSG against Lille 😮‍💨 pic.twitter.com/ziibIszhWL

He’ll be 37 next month. Still the best midfielder in Europe.

Outstanding footwork from Vinicius to round the goalkeeper and finish 😍 pic.twitter.com/Nx4sLCxGnH

Shame it didn’t go in, but what a touch. We told you he was back at it.

What a player Khvicha Kvaratskhelia is turning out to be 😮‍💨

Three goals in his first two Serie A games for Napoli ⚽️

The dummy and then the strike. This kid is special 🔥 pic.twitter.com/kP7LNrtdLQ

Top shithousing after a superb win.

😎 Life comes at you fast! pic.twitter.com/M1McMIHL3E

Everything about this is a delight.

A fantastic back heel from Ansu Fati provides the assist and Ousmane Dembélé smashes it home to make it 2-1 to the visitors 🔵🔴 pic.twitter.com/iLHwyaERm0

This too. Robert Lewandowski got a brace as well. Scary.

Two assists, now he gets his goal, and he's staking a claim for a regular starting spot 👀 pic.twitter.com/mV5kXVh5VP

Werder Bremen were 2-0 down away at Dortmund after 89 minutes yesterday and came back to win it 3-2 with a 95th minute goal from Oliver Burke.

These highlights are well worth a watch.

Not sure this can go down as a double save, exactly, but it’s some bit of goalkeeping.

Inter have their first goal at the San Siro this season ⚽️

What a RIDICULOUS strike from Domenico Berardi 😱😱

This is one of the cleanest volleys you'll see all season 🤤 pic.twitter.com/6C0yZUqj9T

No idea how he’s fired it in from there. Fair fucks though.

We love you, Wrighty.

“If it wasn’t for Liverpool, this fucking league would be shit.” pic.twitter.com/AHGBp0rnVG

When Arsenal last won their first three games – & what happened next