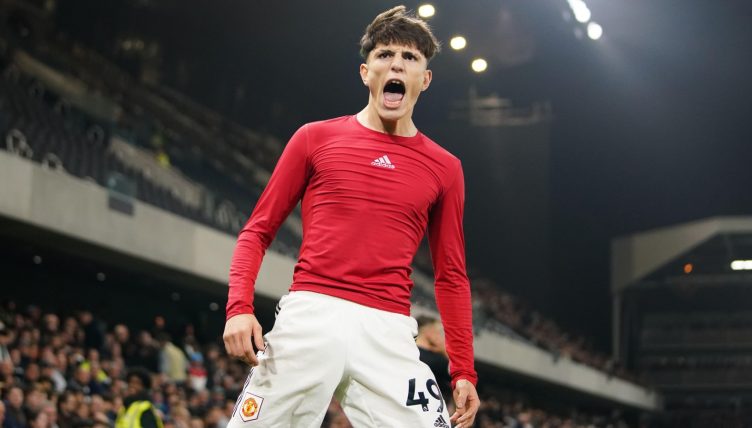 The final weekend of Premier League action before the World Cup break lived up to all the hype after Arsenal extended their lead at the summit to five points and Alejandro Garnacho consolidated his hero status at Manchester United.

Brentford recorded a famous victory at Manchester City while Newcastle continued their impressive season with a well-deserved triumph over Chelsea.

And there was plenty of intrigue elsewhere as domestic football reminded us of its brilliance before the month-long break for Qatar 2022.

For the final time before Christmas, we’ve collected 15 things that made us smile this weekend.

One of the revelations of the season.

We can’t help but admire Ramsdale’s commitment to boiling the piss of opposition supporters.

man did a no look slide and they were fuming pic.twitter.com/HTq3hfWY0n

Back to where it all began.

Paul Scholes steals the show in this amusing anecdote.

The story of the “ If the Neville’s can play for England ” chant featuring Fulham fans and Paul Scholes ! pic.twitter.com/cvkxeIZZii

The Aston Villa defender really tugged on our heartstrings here.

Amad Diallo that is superb! 😍 pic.twitter.com/h02qerh3Ib

Newcastle’s excellence at shithousery is something to behold.

Burnley’s battering ram had a normal one against their arch-rivals.

Fine day for Ashley Barnes:
– scores twice against Blackburn
– lumps Kaminski in the back of the net
– refers to Rovers as “bastards” in his post-match interview
– claims he should’ve scored a “double hat-trick”.

A flawless exhibition in shithousery.

Everything about Wales’s participation in the World Cup has been heart-warming.

Alexis Sanchez is still capable of providing these moments! 🤩

The Chilean puts Marseille ahead with a wonderful free-kick 👏 pic.twitter.com/J0ZawS88jF

The legend of Dion Dublin remains as strong as ever.

The best thing you'll see all week.
To his colleagues' and manager's fury, Sepsi's Cosmin Matei refused to score against Petrolul when he saw the opposite keeper down. pic.twitter.com/XlNXZVaDka