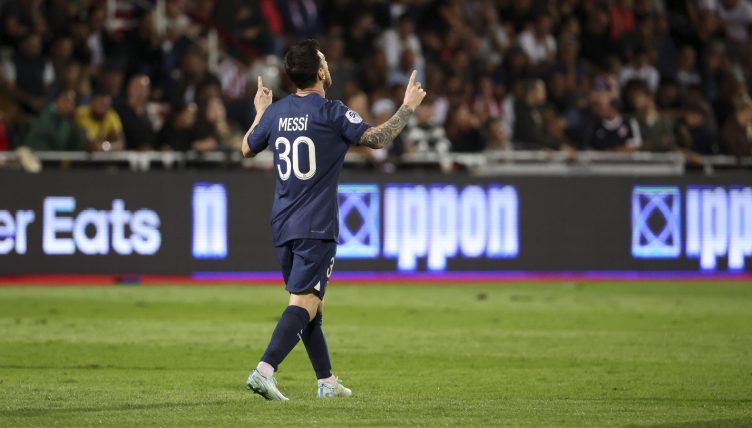 We couldn’t help but feel the 2022-23 season has well and truly hit its stride as we enjoyed a brilliant weekend of football packed full of memorable moments.

There were some feisty local derbies in the Championship, some big upsets in the Premier League and some absorbing matches played across Europe.

Here are 17 of our favourite things from a great weekend.

The weekend peaked with this incredible team goal on Friday night.

Everything about this is filthy! 🥵

This save is UNREAL! 🤤

The 92nd minute as Liverpool pile on the pressure, Dean Henderson does this to deny Virgil van Dijk.

We can only imagine the spreadsheet behind it.

Football is brilliant, isn’t it?

The much-maligned Newcastle forward is playing like Messi at the moment.

You can tell he doesn’t really like football. And we kind of love him for it.

Off the mark at Milan and what a way to do it.

Divock Origi scores his first Serie A goal in some style! 💥#SerieA pic.twitter.com/HWgBkfVEjR

Never fall in love with a loanee? Blackpool fans disagree.

Celebrations at the Bernabeu! 🙌

The Uruguayan from the edge of the area is like giving him a penalty.

As if he’d ever lose it.

Xavi's touch is still as good as anyone's! 🙌

Brilliant run and assist from Dembélé, but what about that turn and finish from Robert Lewandowski 😍 pic.twitter.com/lI3832DfYG

Napoli’s title charge is the most compelling story in Europe right now.

Victor Osimhen gets the better of Chris Smalling and fires home a wonderful strike! 🥵

They take the lead at the Olympico 💪 pic.twitter.com/KHbos6QCah

The moment Gary Neville got Roy Keane fired up about Cristiano Ronaldo 😅 pic.twitter.com/FIMscJ25tL

Enjoy it while it lasts.

The Bundesliga table is like the pop charts used to be except with football clubs.
“Mainz climbing from #11 to #3 but now back down to #6.” Frankfurt big climbers from #7 to #4 & Freiburg “bubbling under” at #3. Bayern up 1 to #2. But the number #1 song again comes from…Union.” pic.twitter.com/EjHt8AuLzy

When you spot the red card and think “I’ll leave it.” pic.twitter.com/f2RuVvcO3O

READ NEXT: Watch out, World Cup: 12 crazy stats that show Messi is back to his very best