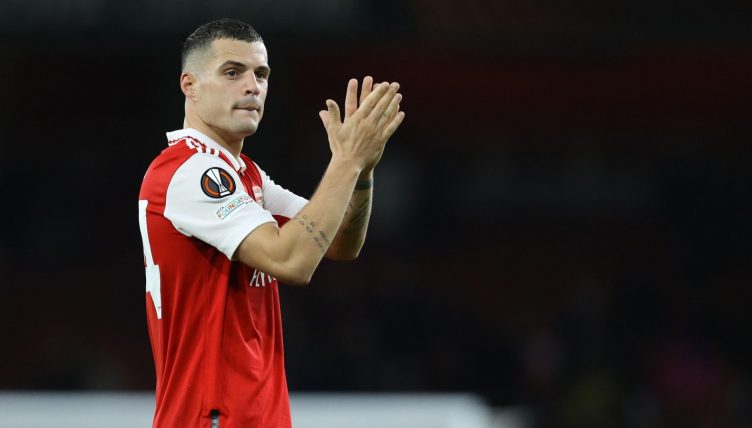 It’s been another fantastic weekend of football as Arsenal & Liverpool recorded statement victories in the Premier League and Gerard Pique played his last match for Barcelona at Camp Nou.

Elsewhere, the FA Cup first round provided the usual pieces of magic and there were some jaw-dropping goals from across the globe as the action left us all on the edge of our seats.

We’ve collected 17 things that we absolutely adored this weekend, ranging from the brilliant to the bizarre.

Make Xhaka do all post-match interviews from now on.

"From the start until the end I think we deserved to win today."

"We were the much much better team today."

Just look at those American limbs.

It’s suddenly got a bit dusty in here…

How did Conte avoid getting sent off for this?

Antonio Conte is FIRED UP! 😳😠 pic.twitter.com/serPNAyYYe

Congratulations to Podolski for winning the 2023 Puskas Award.

Beautiful hit but hands up who knew Wickham played for Forest Green Rovers?

Arguably the drippiest footballer in the world right now.

An absolutely disgusting goal from the Leicester midfielder.

Give him the Ballon d’Or.

— Out Of Context Football (@nocontextfooty) November 6, 2022

We’re pretty sure this undercover Gunner enjoyed his afternoon.

An Arsenal fan in the home end.

In fairness, seeing your side throw away another two-goal lead would rattle the calmest of individuals.

This Bournemouth fan doing his postgame analysis is so rattled he’s forgotten it was Bonfire Night 😂 #LUFC pic.twitter.com/4Xp8kbd5L0

Salty Pep is our favourite Pep.

The magic of the FA Cup was evident as lowly Alvechurch beat League One side Cheltenham Town on Saturday.

— Out Of Context Football (@nocontextfooty) November 5, 2022

It wouldn’t have been Bonfire Night without some on-pitch fireworks at the City Ground. We didn’t bank on them coming before kick-off though…

Tensions seemed to boil over between Brentford's players and some of the Nottingham Forest ground staff before today's kick-off. 😯 pic.twitter.com/QQDP59uWSN

We want to befriend this pup immediately.

A football team, a Christmas Carrot and… a missed flight? #KevinTheCarrot pic.twitter.com/1LyscXfYJx