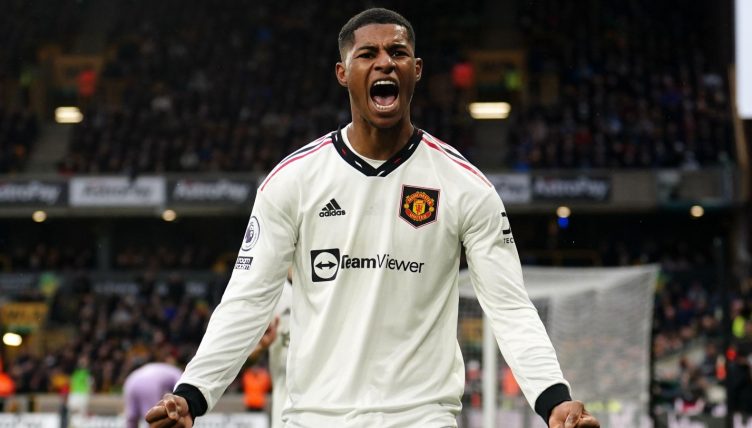 This weekend saw the end of 2022 and the beginning of 2023 as the Premier League provided plenty of seasonal thrills and spills to keep us all entertained.

After both Manchester City and Newcastle dropped points, Arsenal opened up a seven-point gap at the top with an exciting victory over Brighton.

Leagues across Europe also rose from their World Cup slumber, with one poor La Liga striker providing one of the worst misses we’ve ever seen. Ever.

We’ve collected together 19 things that made our hearts swoon over the past few days.

Just look at the state of this pass.

This angle of Odegaard's assist is so good, Lamptey nearly passed out tryna catch up with Martinelli.😭😂 pic.twitter.com/2iw7Arj5Vs

This kind of reaction is meat and drink to Ramsdale.

Aaron Ramsdale loving it as Brighton fans behind his goal hurl abuse at him during Arsenal’s win yesterday.

Bang on course for their first league title since 2004.

We don’t condone violence but seeing Haaland protest this decision made us chuckle.

No wonder Haaland was wound up if this battle is anything to go by.

Núñez hits the post only for Wout Faes to slot in his second OG of the evening! 😬😅😬 pic.twitter.com/WF7TckG4ZI

A fitting tribute to the great Pele.

Wonderful shithousery from Leeds to secure an away point at St James’ Park.

Leeds United in the mismatched home/away kit engaging in some low level bad behaviour. This is football heritage. pic.twitter.com/gUz2HmxdxS

The Real Madrid man is continuing to call out the racists.

Parker will manage in the Champions League in 2023.

The Manchester United goalkeeper made a match-winning save at Molineux.

The Reaction of Wolves Fans when @D_DeGea made the last minute save. pic.twitter.com/aMTovJH1AA

2 – Unai Emery has won three of his first four Premier League games as Aston Villa manager, while he has become the first Villa boss to win his first two away games in charge in the competition since John Gregory in March 1998. Foundation. pic.twitter.com/1hxaKFdzNg

Stupendous stuff from the Monaco midfielder.

Such a casual worldie from Aleksandr Golovin 😮‍💨

Made that look so easy 🤩 pic.twitter.com/4zDcmDhQml

Catch all the action LIVE on @ParamountPlusAU & 10BOLD 📺

The excellent Twitter account ‘Bryan’s Gunn’ paid tribute to all those the footballing world lost in 2022. We recommend you watch it.

A few of the many the football world lost in 2022 pic.twitter.com/lFCS3xne6s

We can’t get enough of his weirdness.

TRY A QUIZ: Can you name Arsenal’s 30 top goalscorers of all time?