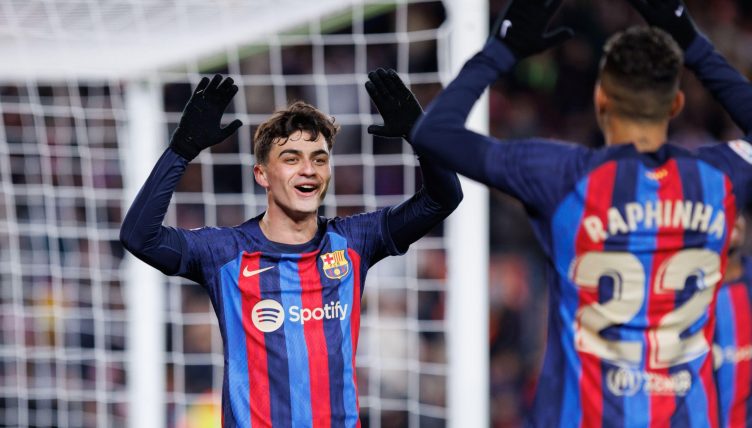 That was some weekend of football, eh?

Arsenal keeping their title charge on track by coming out on top of a five-goal thriller against Manchester United capped off a great couple of days of action in the Premier League, Europe and beyond.

Elsewhere, Cristiano Ronaldo made his Al-Nassr debut, the La Liga title race remains too close to call and Juventus responded to their 15-point penalty by playing out a thrilling 3-3 draw with Atalanta.

Here are 16 of our favourite moments from the weekend.

Just look what it means to him.

"When I arrived I told the lads, we won’t think about the top 3 of whatever, we go for the title. Some of them started laughing but now they start to believe." pic.twitter.com/F0vOlSQWmu

He wasn’t on the winning team but his goal was special.

9 – Marcus Rashford has scored nine goals in all competitions since the World Cup finished, the most of any player in Europe's big five leagues. Elite. pic.twitter.com/GxJYqhhpDL

We salute his one-man mission to obliterate every Premier League goalscoring record.

He’s going to be a star.

The football Gods decreed Liverpool vs Chelsea wasn’t worthy of such a goal. Fair enough.

What a start to the second half that would've been!! 😲

Konate nearly bagged himself the goal of the season with this fine effort to catch Kepa off his guard… pic.twitter.com/JKliwQckZw

Find someone that loves you as much as Newcastle love keeping clean sheets.

What a save that is from Nick Pope! 🧤 pic.twitter.com/BBzNE9mQpg

Forget the soap opera with the USMNT. Focus on his talent.

A lovely assist from Raphinha too.

Napoli right-back Giovanni Di Lorenzo bags his first Serie A goal of the season to put his side 1-0 just before the break! pic.twitter.com/UbBAOvIUiN

The Atalanta man scored twice, including this wonderful header, and provided an assist against Juventus tonight. pic.twitter.com/u9OVN4vISt

Roma are looking good for all three points on the road. pic.twitter.com/RYc7fkVynJ

"AND IT FALLS TO BENZEMAAA!"

Vincent Kompany’s Burnley are storming their way back to the Premier League.

SCOTT TWINE THAT IS SENSATIONAL! 🤯🔥 pic.twitter.com/IFIeknl1jY

We go again. Look at that absolute width pic.twitter.com/Uqo4cUrtAG

TRY A QUIZ: Can you name the 16 goalkeepers with 100+ PL clean sheets?