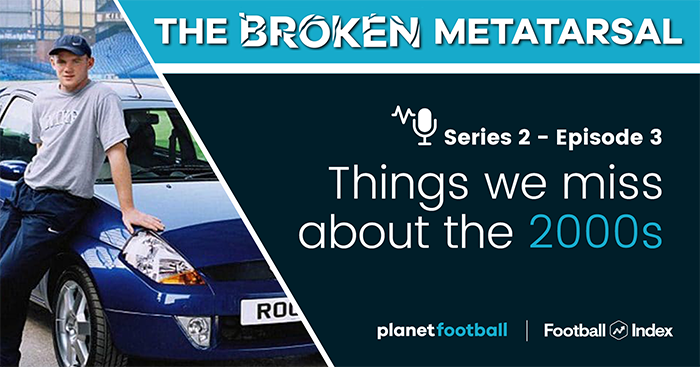 We love 2000s football so much we decided to set up a podcast all about it – and in the latest episode of The Broken Metatarsal we go into detail about some of the things we miss most about that wonderful decade.

And, as always, we finish with an episode of Fact or Fiction in which Rich tries to work out which of the unlikely stories about Andy Gray and Richard Keys is, in fact, true.