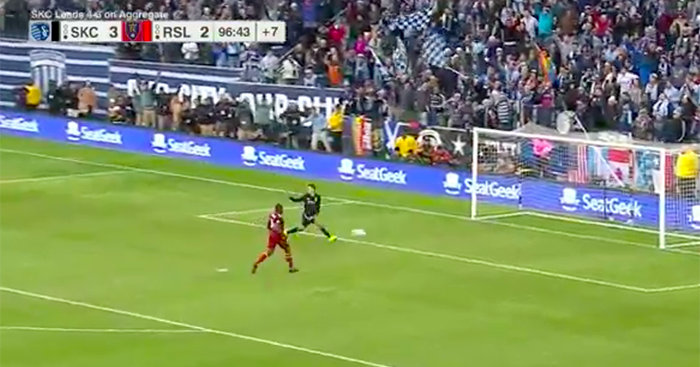 The MLS Playoff game between Sporting Kansas City and Real Salt Lake was as tense as they come.

After a 1-1 first-leg draw in Utah, SKC took a 2-0 lead at half-time and looked to be cruising through to the Conference Finals.

However, the introduction of RSL substitute Sebastian Saucedo changed the game, and the visitors scored twice either side of an Ilie Sánchez penalty to make for a tense final few minutes, even more so when the fourth official’s board showed seven minutes of added time.

Neither team had even made it this far in 2017, so the carrot of victory would have been huge.

However, there was history between them, with SKC lifting MLS Cup in 2013 after beating Sunday night’s opponents in a tense penalty shootout.

One more goal for the visitors would have seen them progress on away goals and gain a small amount of revenge for that day, and they twice went very close through Nick Besler and Jefferson Savarino.

The home side would need to keep their eye on the ball too, though, knowing any chance to extend their 4-3 aggregate lead would kill the game off.

Well, 10 of their players needed to keep an eye on the ball, at least – Dániel Sallói plays by his own rules.

That’s right, a no-look finish. In the 97th minute of a one-goal game.

Oh, and not just any one-goal game – the biggest game of your career so far.

Did we mention that Sallói only turned 22 over the summer? Because he did, and after a handful of games back home in Hungary this was his second season as a Sporting Kansas City player.

The stoppage-time goal was only his second MLS post-season strike ever, and the first had come earlier in the same game.

This is not the sort of player who should be confident enough to pull off a no-look finish, and yet here we are.

Make no mistake, the stakes were extremely high here. Sporting Kansas City were hanging on by the skin of their teeth before Sallói chased down a weak header back to visiting goalkeeper Nick Rimando and rounded the US international.

Even Roberto Firmino, master of the no-look finish, tends to use the move in games which are already won.

Had he missed, giving the opponents a chance to launch one last attack, he might have never been able to live it down. However, Dániel Sallói never even considered missing as a possibility. 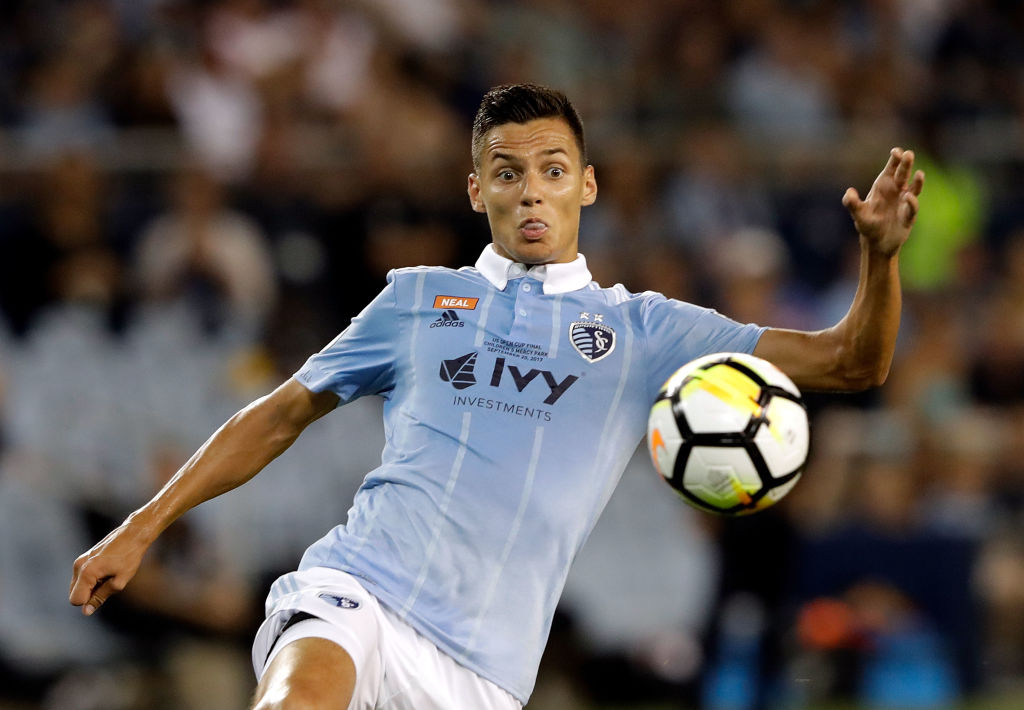 The finish and the accompanying celebration are the kind of showmanship MLS fans ought to enjoy – at least when it’s not happening against the team they support.

The competition welcomed Zlatan Ibrahimović to its ranks earlier in 2018, and there are a number of great entertainers up and down the table, but some clubs will need to work harder to find talents capable of bringing that playful cockiness to the game.

As Sporting Kansas City prepare to take on Portland Timbers in the Western Conference Final, Sallói will surely be attempting to figure out a way to turn things up a notch.