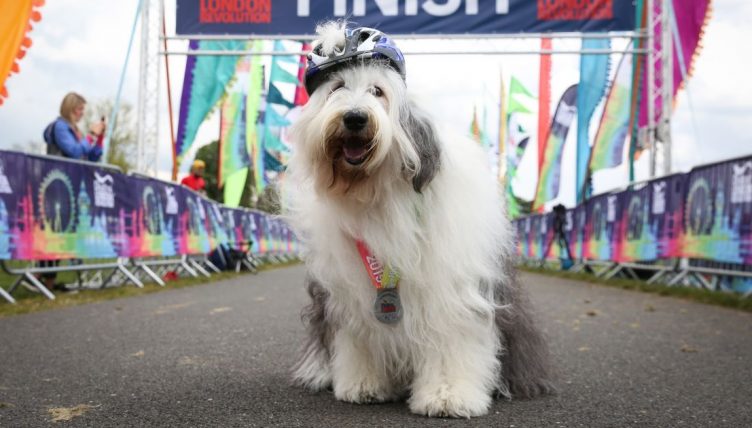 It’s safe to assume that there will never be another season quite like 2020-21.

There have been some quite extraordinary results, including Manchester United 1-6 Tottenham and Aston Villa 7-2 Liverpool on the same October afternoon.

While Pizzagate was legendary, it wasn’t quite as strange as the recent war of words between Ole Gunnar Solskjaer and Jose Mourinho about feeding children.

Then, just when we thought this season couldn’t get any weirder, the Dulux dog came and took things to a whole new level. Yes, you did read that correctly.

Like all Premier League clubs, Tottenham have a host of commercial partnerships and have now announced Dulux as their first-ever ‘Official Paint Supplier’. Yes, you did read that correctly, too.

“We are delighted to welcome Dulux as our Official Paint Supplier,” Jon Babbs, Stadium Director at Spurs, told the official club website.

“It is important that we have the best products available as we strive to maintain excellence at our Stadium and Training Centre facilities.”

Things then took a slightly weird turn when Spurs confirmed that the Dulux mascot – an Old English Sheepdog – was given a tour of the Tottenham Hotspur Stadium and the club’s Hotspur Way training complex.

Despite being given some VIP treatment, the ungrateful hound then decided to throw it back in their faces by mocking the club on Twitter.

“Can the dog play at centre-back?” one fan tweeted. “He might do a better job Chris,” the company bantered back with a laughing emoji.

In reference to Tottenham’s lack of silverware, Dulux then posted a picture of an empty trophy cabinet and joked that they’d have to wipe away all the dust before painting it.

There’s only one possible explanation: the Dulux dog is a Gooner.

The tweets have since been deleted, but somebody is definitely getting sacked in the morning – and we’re not talking about Jose Mourinho.

We’ve rounded up some of the best reaction from social media.

As if Dulux sponsor Spurs and start rinsing them straight away 😭 pic.twitter.com/QVJFlCXemo

Getting mugged off by the Dulux dog after announcing them as a sponsor on Twitter is a new low for Tottenham pic.twitter.com/m0YFHfxXXn

Dulux admin missed a trick with a slogan.

Spurs fans: well, at least nothing can be as embarrassing as Zagreb

Dulux: hold my paint can

"A Dulux social media manager may have been sacked, but it was Jose Mourinho trying to paint over the cracks to prove Spurs were whiter-than-white." pic.twitter.com/rhluqyrjGE

After being furloughed by Arsenal, Gunnersaurus has gained employment working on the Dulux social media team.

Dulux admin getting escorted out of Tottenham Hotspur Stadium after being caught in possession of an Arsenal shirt. pic.twitter.com/gX6FTuBuMa

Can’t wait until Spurs lift the Johnstone’s paint trophy in two seasons time, just to show Dulux what they could’ve had.