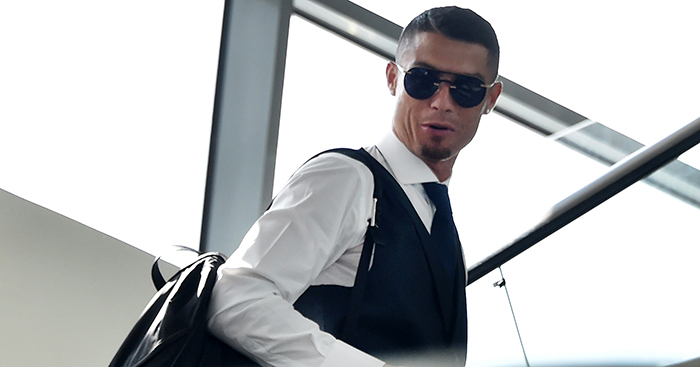 Cristiano Ronaldo, five-time winner of the Ballon d’Or, is one of the greatest athletes of all time. He’ll also sell you tapered jeans.

Because while it’s easy to use superlatives when describing the Juventus forward, there is a line — a blurry line, admittedly — that may have been crossed when describing Ronaldo as an “inspirational superstar who is limitless in every facet of his existence”.

Limitless in every facet of his existence. Limitless lacing up his shoes. Limitless pouring himself a drink. Cristiano Ronaldo, winking, hands on hips, shirtless, punting a free-kick into the wall, making coded statements about his future, omnipresent and on repeat until the literal end of time. Limitless.

The description is, in fairness, probably accurate, but it’s hard to know what this might mean in denim terms.

And we need to know this because CR7 denim, the latest addition to the Ronaldo clothing empire (after underwear and shoes), purports to be just as limitless as the Portuguese footballer whose name adorns its back pockets.

From what I can gather — and I am putting two and two together — this means that the jeans, made by “locking cotton and elastane in an advanced weaving process”, are sort of stretchy, providing “uninhibited, unrestricted and unrivalled levels of comfort and movability”.

I’m on board with that definition, but are the jeans any good? Are they actually fashionable? Should you be forking out to make CR7 part of your everyday wardrobe?

Footballers are always selling stuff. Whether it’s Robbie Fowler flogging houses or Ronaldinho shifting cryptocurrency, any sensible footballer will try to make some extra cash ahead of a long, long retirement.

Moreover, and luckily for the players, many fans seem happy to buy footballer-endorsed gear.

That means that, for someone like Cristiano Ronaldo, a fashion-conscious kind of guy, endorsing a line of clothing makes perfect sense.

The forward has admirers all over the world, already looks like a model and clearly takes pride in his appearance. There is no reason why CR7 shouldn’t exist.

Question is: is the notoriously fashion-wary footballing public — dominated by heavily built men who went through Trainspotting, The Strokes and a decade of relentless Topman marketing before finally succumbing to skinny jeans — willing to dress like Cristiano Ronaldo, one of the more flamboyant figures in the game?

You know what? CR7 has a lot of bases covered.

While the online shop has exactly the kind of jeans you can imagine Cristiano Ronaldo wearing on a big night out in Turin — bleach wash, zips, patches, paint specks, tasteful ripping — it also has some fairly jeansy-looking jeans in a range of cuts (from straight to “painted-on skinny”) and colours.

“I don’t take myself too seriously,” said Ronaldo when the range launched in 2017. “But I take what I do very seriously.

“This collection is for more than just my fans. It’s for anyone who shares my values, who lives a limitless life and loves denim.” 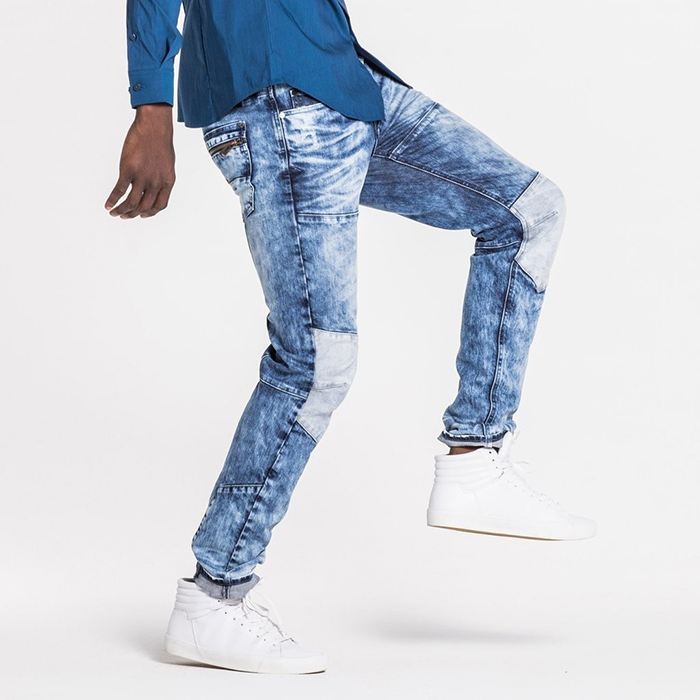 If Cristiano Ronaldo’s life could be illustrated with just three objects, those objects would be the Champions League trophy, a battered pair of Nike Mercurials and a pair of acid wash jeans called ‘THE RAPTOR – SWITCHBLADE’.

In a decade’s time, after Ronaldo and Lionel Messi have hung up their boots, fans will hopefully bestow equal respect to the two footballers — two titans of the game, neck and neck, always matching each other’s heroic feats.

Because, at the end of the day, Ronaldo vs Messi has truly been one of the greatest and most evenly contested sporting rivalries of the modern age.

Instead of bickering over which player might be marginally better than the other, we should be thankful to have witnessed that contest playing out in all its glory.

Saying that, it’s possible that Messi will never put his name to a “slim fit shirt realised in a navy/indigo camo with micro 7’s printed on stretch poplin”, giving Ronaldo the edge in menswear.

The CR7 shirts are fine. The jackets are also fine.

I’m going to stick my neck out though: I don’t think Cristiano Ronaldo wears denim jackets. Not properly, at least. Not in a Martin-Sheen-in-Badlands kind of way. Not in a Joey-Barton-telling-everyone-he-loves-The-Smiths kind of way.

That’s good, but these CR7 jackets actually cost more than some Levi’s ones, which makes you think, really. 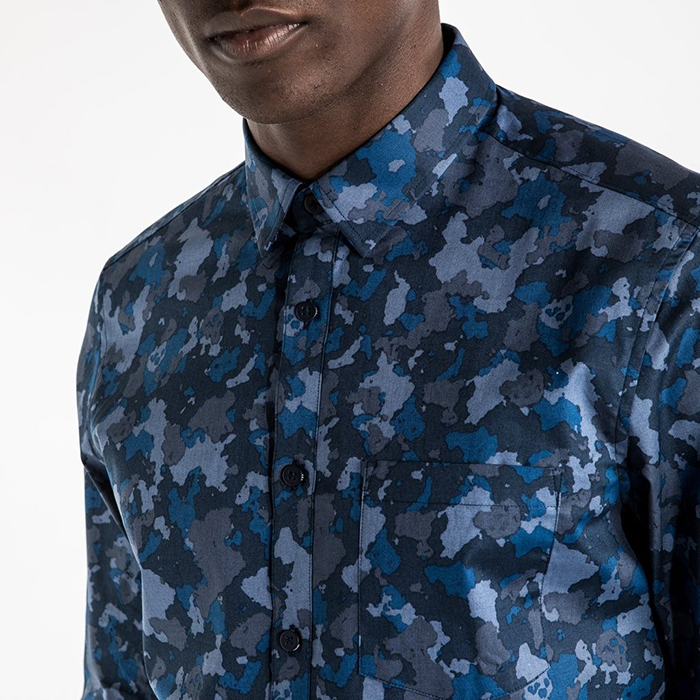 Live life without limits? Consider yourself a limitless person? Na na na-na-na-na there’s no limits? Pair this blue camo number with some RAPTOR jeans. Buy them in bulk if you want.

I’m an oil man, ladies and gentlemen. I have numerous concerns spread across this state. I have many wells flowing at many thousand barrels per days. I like to think of myself as an oil man. And as an oil man I hope that you’ll forgive just good old-fashioned plain speaking.

Now this work that we do is very much a family enterprise. I work side by side with my wonderful son Cristiano Jr. I think one or two of you might have met him already. I encourage my men to bring their families as well. Of course it makes for an ever so much more rewarding life for them.

Look, this is fine. It’s all fine. 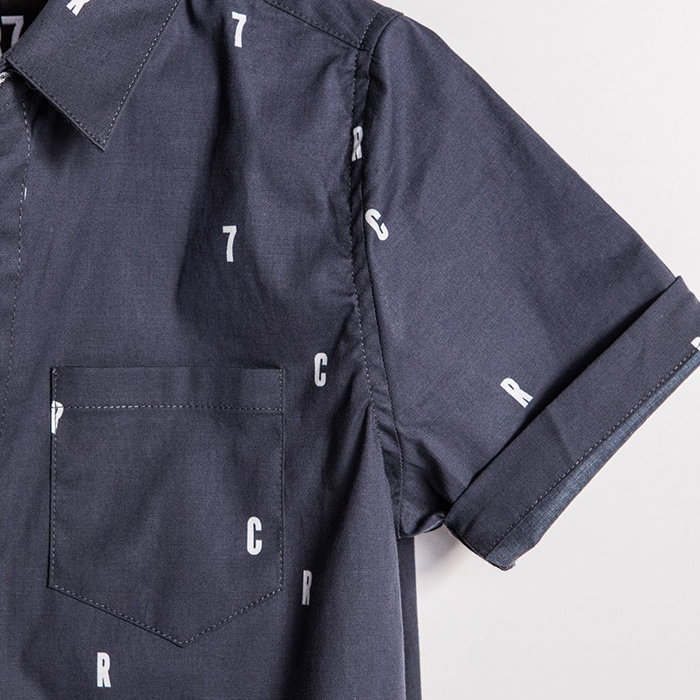 Here’s a kids shirt called ‘THE RAZZLE’. Buy it. Buy it all.

17 of the best quotes on Cristiano Ronaldo: ‘He could score on a wheelchair’