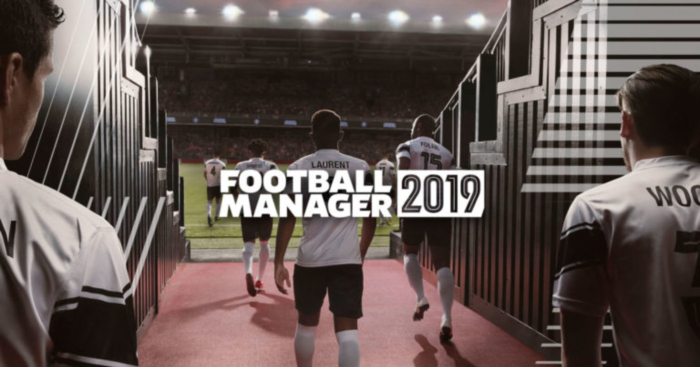 Football Manager 2019 is officially released on November 2 but those who pre-ordered the game have been playing the Beta version for almost two weeks – enough time to play a couple of seasons and form some first impressions of the latest edition of the hit Sports Interactive series.

Here are three reasons why FM19 might just be the best management simulation of all time:

1) A timely Tactics overhaul instils the club with a philosophy, helping to get players on board – and helping you understand the dozens of team instructions

The idea of a tactical project is of increasing importance in modern football, reflecting the need for clarity of vision in an era when managers and players rarely spend more than a couple of years at the same club.

It is timely, then, that SI have introduced a new layer to the tactics screen that ensures the players, fans, and board (plus you, the manager) understand the aims of the project.

This tactical philosophy – ranging from “direct counter-attacking” to “vertical tiki-taka” – will define your era at a club; it impacts the presets for training and the type of player your scouts automatically search for, but more importantly it makes the team instructions easier to understand. 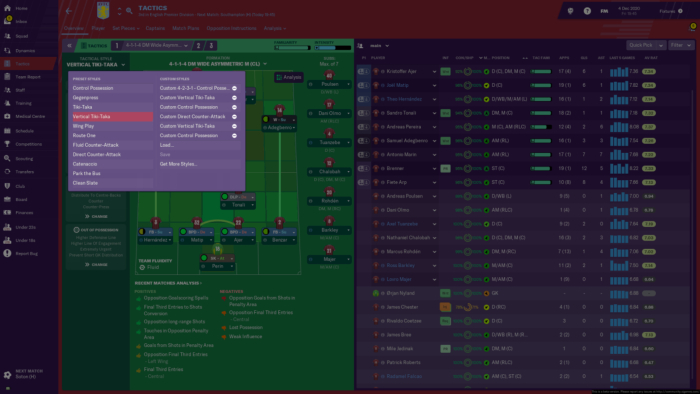 Gone are the confusing days of building your own method from scratch. Choose one of the preset overarching philosophies and 10-15 instructions are added to the tactics screen.

You’ll want to tweak these yourself, but it is helpful to see what SI think their sliders and buttons are actually for: a problem with previous editions has been a disconnect between personal interpretation of tactics and how they play out in a less-than-perfect match engine.

Users benefit from a tactical grounding in FM19 that eliminates some of the randomness.

What’s more, the tactics screen is now split into three distinct categories of defence, attack, and transitions, which is certainly an improvement on the old system.

This new feature needs work (the transition screen isn’t detailed enough, and there is no ability to change the formation when in or out of possession), but it is a huge step in the right direction.

Like never before, FM19 users can define their managerial style with a clear, tangible tactical philosophy they can be confident doesn’t clash with the limitations of the AI. 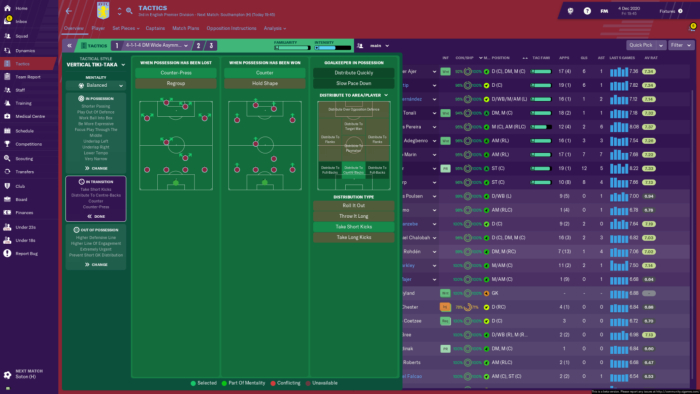 For years, the simplicity of training in Football Manager has felt incongruous with the detail elsewhere in the series. Finally Sports Interactive have listened to feedback , introducing a major revamp for FM19 that gives users access to dozens of regimes and session plans.

Each day is split into three fully customisable periods, with 47 different activities to choose from across 10 categories, and managers can pick each unit themselves, create a weekly schedule, or use one of the preset schedules (tailored to specific areas of focus or specific tactical philosophies).

The variety is exhaustive, which can be a little daunting at first but quickly becomes a major advantage once the season gets underway.

In the past, improving your team’s tactical proficiency was difficult without simply resorting to a trial-and-error switch of formations, but with the new training feature you can focus on the problems that arise on match days. 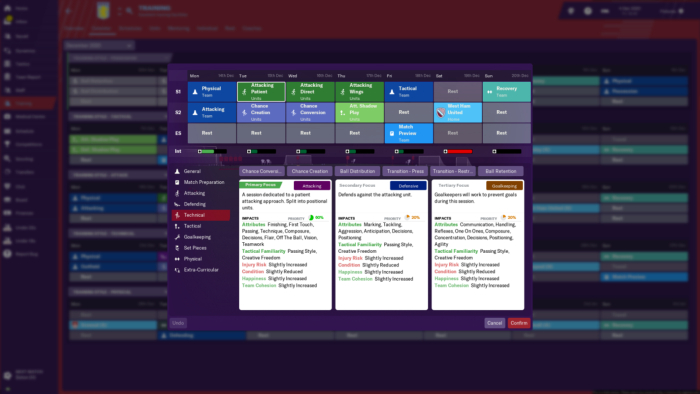 Did your team play fluently but struggle to hit the target? Add a “chance creation” session to the weekly plan.

Are you unwilling to give up on your patient possession philosophy even though your players just aren’t controlling games? Maybe put in a couple of high intensity “ball retention” and “ball distribution” sessions, along with a “team bonding” evening and “attacking patient” session the day before the game.

From pre-season schedules to the detailed week-length plans designed for one of the 11 in-built tactical philosophies, SI have really gone all out.

Within a couple of months you’ll ditch the automatic route and find yourself spending more time designing training than on the tactics screen. If nothing else, it makes the gaps between matches considerably less boring. 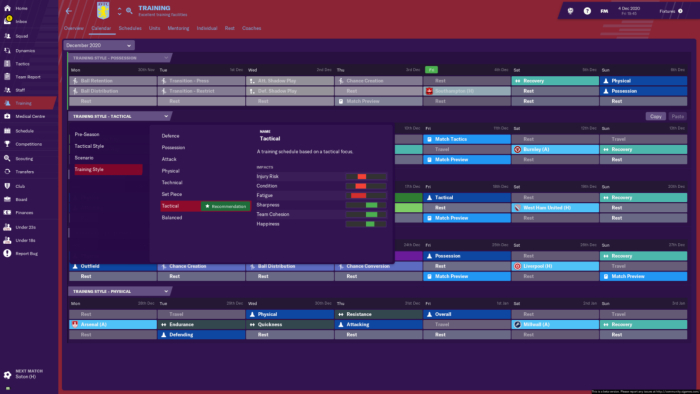 Things can spiral out of control in a heartbeat. A couple of bad results and an ageing central midfielder, highly influential among his team-mates but without the legs to play regularly, asks why he’s always on the bench.

Suddenly 10 others ask for a meeting to support their mate, and by the end of it trust has been broken. The next two matches are a write-off and, sensing the risible atmosphere in the dressing room, the board call you in. It’s over.

At first frustrating, confusing, and seemingly downright unfair, the messiness of the human relationships in FM19 is hyper realistic.

Wins and defeats tend to come in streaks, and as a rookie manager the sword of Damocles hangs precarious; juggling a 23-man squad throughout a season quickly becomes a frantic plate-spinning exercise when results turn sour.

Although “squad dynamics” are not new to FM19 the importance of squad harmony appears to be higher than before, with the hierarchies and friendship groups playing a role in team talks for the first time this year.

It all adds up for a more chaotic experience that closely resembles the glorious unpredictability, and fickleness, of the real thing.

The new @FootballManager is… tough. It remains basically impossible to start as 'Sunday league' experience, because the players turn on you very quickly. That or I'm terrible at the game. pic.twitter.com/G0E1SVb5Pw