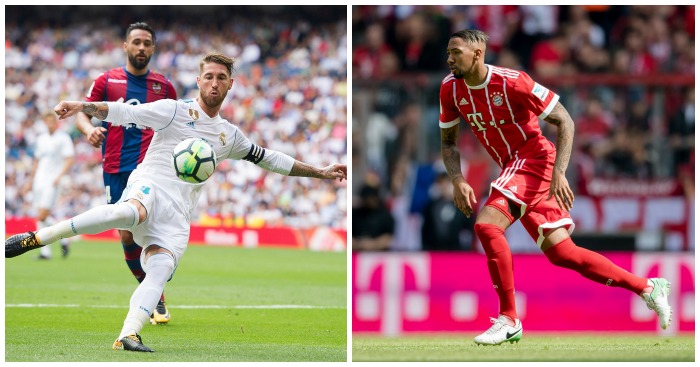 The Premier League has more stars than any other division in FIFA 18’s top 100 rated players yet does not have a single representative among the best 10 defenders.

Ahead of the release of FIFA 18 on September 29, EA Sports have revealed the 100 best players in the game, with the Premier League the home of 30 of them.

But the 10 best defenders all come from the rest of Europe, with Ligue 1 providing one name, the Bundesliga two, Serie A three and La Liga four.

Had Antonio Conte got his way in the summer, Sandro would be representing the Premier League in this list. As it transpired, Chelsea failed in their pursuit to land the Brazil international, who continues to make up an intimidating Juventus defence.

With an overall rating of 86, Sandro is the second best full-back in the game, with his 86 pace and 81 dribbling making him a useful threat down the left flank.

Despite Barcelona enduring a difficult season last term by their recent standards, Pique’s rating has increased from 86 to 87 this year.

He may be known as a classy operator on the ball, but his strength remains his defending, which is rated at 86.

Marcelo was one of Real Madrid’s best and most consistent performers last season, cementing his status as the best left-back in the world, which is reflected in FIFA 18.

His all-action performance against Bayern Munich in the Champions League last term was lauded as one of the greatest individual displays in the competition, and with a defending rating of 82 and dribbling rating of 85, the Brazilian really can do it all. 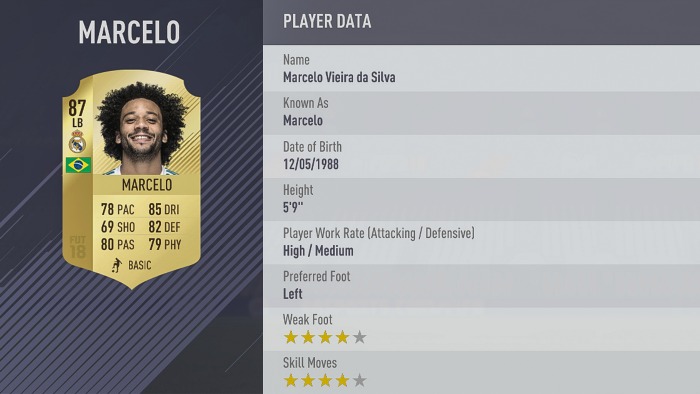 Only Real Madrid have as many stars as Bayern Munich in the top 100 rated players in the game, and Boateng is among the best of the German outfit’s delectable dozen.

Ratings of 88 defending and 84 physical sum up the 29-year-old’s brilliance. A reminder that Manchester City were happy to sell the defender after just one season.

Atletico Madrid’s man mountain may not be the most easy on the eye footballer, but his defending rating of 88 means you know exactly what you’re getting with Godin.

An overall rating of 88 also puts the 31-year-old on a par with Jan Oblak and Antoine Griezmann as the best Atletico players in the game.

Completing Bayern’s brilliant central defensive partnership, Hummels has the accolade of being the best German defender and the best defender in the Bundesliga on FIFA 18.

In the trailer for the game Hummels suggests he should be rated at least one point higher than last season and he’s got his wish, increasing from 87 to 88.

PSG have six players in FIFA 18’s top 100, but only Neymar is rated higher than Thiago Silva.

As well as his 88 rated defending, what really sets Silva apart from other centre-backs are his ratings of 72 and 79 for pace and physicality respectively.

Bonucci made one of the most surprising moves of the summer when he swapped Juventus for AC Milan and he is now expected to be the Rossoneri’s talisman at the back.

Classy on the ball and strong in the tackle, only two other defenders are deemed better than Bonucci in FIFA 18.

Bonucci may have left Juventus, but the Italian champions can still rely on Chiellini to protect Gianluigi Buffon.

The 33-year-old has the highest defending rating in the game with 90, while a physical rating of 85 means few players are going to out-muscle the Italy international.

Ramos may be guilty of the odd erratic red card every now and again, but the Spain international has also saved Real Madrid on countless occasions.