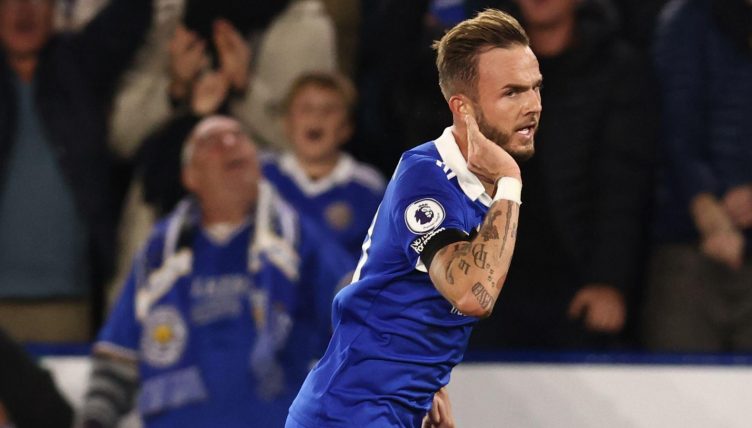 As the Premier League embarks on its busiest month before the World Cup, we take a look at this year’s top goal contributors in the league.

Erling Haaland may have just recently arrived in England, though his scintillating start has seen him rise through the list in thunderous style.

Elsewhere, there is a surprise entry from Premier League strugglers Leicester City. Perhaps one for Gareth Southgate to mull over ahead of the winter trip to Qatar. We also have a Tottenham trio in the top five.

Note: In order to compile the list, we used the latest figures from Transfermarkt.

Over the last couple of seasons, Bukayo Saka has gone from a future prospect to being an integral part of Mikel Arteta’s project.

This calendar year alone, the midfielder has come up with seven goals and eight assists.

Four of those assists have come in the last five games as Arsenal continue to sit top of the Premier League table.

Expect the Gunners to throw a lot of money at the England international during forthcoming contract negotiations.

One man Saka will be looking to emulate is England teammate Raheem Sterling.

The current Chelsea forward broke onto the scene at a similarly young age and has since become a top Premier League and international star.

Since switching the Etihad for Stamford Bridge, the 27-year-old has continued his solid form, scoring three goals in his last four league games.

Add his Man City numbers to the mix and Sterling appears to have enjoyed a decent year so far, bagging nine goals and producing six assists in 2022.

One man who has undoubtedly benefited from leaving Manchester City is current Arsenal striker Gabriel Jesus.

Since moving to Arsenal, the 25-year-old has already found five goals and three assists.

Jesus is currently on 15 goal contributions in 2022 (11 goals and four assists), though expect that number to improve before the end of the year.

Liverpool are not firing on all cylinders, and the same could be said about star striker Mohamed Salah.

Seven Premier League games have come and gone this season, though the Egypt international has only found the back of the net twice.

While Salah may not be hitting his own exceptional standards, he is still enjoying a relatively productive year, having scored 10 goals and produced 7 assists in 2022.

Since his move from Borussia Dortmund to Manchester City, Erling Haaland has been busy ripping up the Premier League record books.

The Norway international has already come up with three hat-tricks this season and leads the goalscorers charts with 14 efforts. More worryingly for the league’s defenders, there are still 30 games to go.

In 2022, Haaland has the third most goal contributions in the world, if you include his efforts from the Bundesliga.

With regards to the Premier League, he is already joint-fifth with 17 to his name (14 goals and three assists).

Haaland's stats if his goalscoring continues at it's current rate…😳🔥 pic.twitter.com/4jsMhPUd0V

Tottenham’s Dejan Kulusevski has also made the top five following a strong start to his Premier League career.

The Sweden international is currently out on the sidelines with an injury, though he still boasts good numbers in 2022, with seven goals and 11 assists to his name.

One major worry, not only for Kulusevski but also Spurs manager Antonio Conte, is the fact the forward hasn’t scored in his last six Premier League outings.

Leicester City might be having a poor year, but that certainly doesn’t reflect on the stats behind James Maddison.

The midfielder, who is still looking to force himself into Gareth Southgate’s World Cup plans, boasts 19 goal contributions for the year, including 12 goals and seven assists.

Maddison has already scored five goals from seven games in the Premier League this season. Two of those came on Monday night as Leicester picked up their first win of the season against Nottingham Forest.

James Maddison has faith in himself that he can offer a lot to the England team pic.twitter.com/qFJro5dbDD

Looking at the latest odds and public opinion, Tottenham are not considered to be one of the main title contenders this season.

Nevertheless, two of Conte’s players are featured in the top three of this list.

The first of the duo is South Korea international Son Heung-min. The 30-year-old has scored 18 goals in 2022 and also came up with seven assists.

The forward broke his recent Premier League drought by bagging a hat-trick in a 6-2 win over Leicester just before the international break.

The midfielder currently boasts the second-highest number of assists in this calendar year, just two behind PSG’s Lionel Messi.

However, with the Belgium international in insatiable form, expect that gap to close. De Bruyne has already produced eight assists in eight games, matching his entire total from last year.

One man who could potentially stop Erling Haaland from running away with the golden boot this season is Harry Kane.

The England captain has scored seven goals in eight games this term. What’s more, he has found the back of the net in his last three league outings.

In 2022, the player scored 23 goals and produced nine assists. Interestingly, there are only three men who have scored more goals since January. Haaland, Robert Lewandowski and Kylian Mbappe all edge the England star.