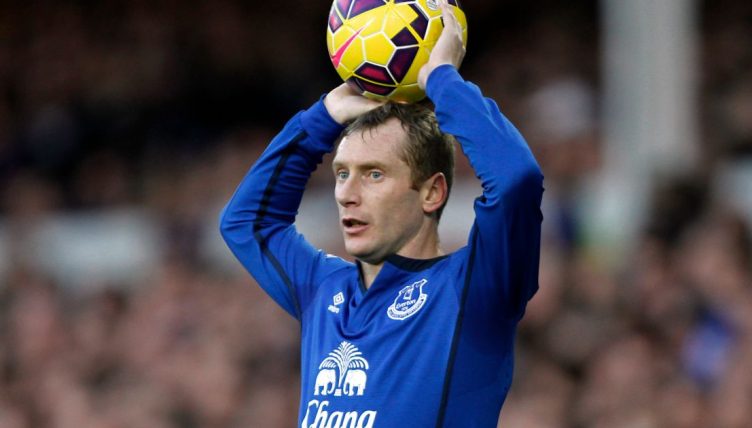 Chris Waddle once famously described scoring a goal as better than sex – but it’s something these 10 players have never experienced in the Premier League.

Unsurprisingly, the list is made up entirely of defenders, but considering they have played for more than 200,000 Premier League minutes between them, that’s hardly an excuse.

There is hope left for one player, who is yet to retire, but given he’s now turning out for Championship side Bristol City, his chances look slim.

A tough-tackling left-back, Edinburgh made 174 Premier League appearances for Tottenham and won the FA Cup and League Cup while at White Hart Lane.

Reflecting on his role in Ossie Ardiles’ Spurs side, known for its attacking flair and less-than-watertight defence, he told the Daily Telegraph: “The attackers at Tottenham in those days were called ‘the fab five’ – we were ‘the sh*t six.”

Edinburgh sadly passed away in 2019 while manager of Leyton Orient. He’s probably best remembered for getting sent off in the 1999 League Cup final after giving Robbie Savage a clip around the ear – he still ended up with a winner’s medal, which can be filed under ‘poetic justice’.

Left-back Kimble became a stalwart for Wimbledon in his nine years at the club, seven of which were spent in the Premier League.

He did manage to score once, against Huddersfield in the League Cup, but never troubled the scoresheet in one of his 181 Premier League appearances.

The man Nelson Mandela once described as “my hero”, Radebe is one of the Premier League’s ultimate cult heroes.

Brought up in South Africa, where he was shot as a youngster, ‘The Chief’ became adored at Leeds for his performances in defence, turning down a move to Manchester United, and even appearing in goal.

Radebe did score three times for Leeds – twice in the UEFA Cup and once in the FA Cup, but the fact he never bagged in the 197 Premier League appearances only adds to his charm.

In 529 career appearances for West Ham and Dagenham and Redbridge, Potts has the excellent record of scoring exactly one goal.

To be fair to the defender, it was in the top flight, but it came two years before the inception of the Premier League.

It can’t have been easy playing in such a big collar, either.

After making his Premier League debut for Manchester United in 2007, Simpson made more than 200 appearances in the competition, also representing Blackburn, Newcastle, QPR and finally Leicester.

He never experienced the buzz of scoring in England’s top flight, however, although he can boast a Premier League winner’s medal, more than can be said for Jamie Carragher, not that Simpson likes to remind the former Liverpool man…

An understated and possibly underrated member of Liverpool’s team for six years, Henchoz formed a brilliant centre-back partnership with Sami Hyypia after joining from Blackburn.

He will be most fondly remembered as part of Liverpool’s treble-winning side of 2001, but certainly not as a goalscorer – in 10 seasons and 243 appearances in the Premier League he ultimately fired blanks.

The answer to an excellent piece of trivia, Shaw was the Crystal Palace player on the receiving end of the kick which Eric Cantona was sent off for before the Manchester United man launched his infamous kung-fu kick on a supporter at Selhurst Park.

Shaw went on to play for Coventry, amassing 252 appearances in the Premier League and – yes, you guessed it – scoring no goals.

It starts to get serious now. We’re into the top three, the big dogs, the big, impressively-unprolific dogs.

Given Walker scored only one league goal during his eight-year pomp at Nottingham Forest, it should comes as little surprise that in seven years and 264 Premier League appearances for Sheffield Wednesday, he failed to hit the back of the net.

From a player who managed one career league goal to a player who achieved the perfectly round figure of zero, Hibbert became the epitome of a cult hero during his sixteen seasons and 265 Premier League appearances at Everton.

So committed to not scoring a goal he even played in Liverpool County FA Veterans’ Cup game for St Aloysius FC in 2016, only to hit the bar in a penalty shootout.

Still, Everton fans got to experience the moment they dreamed of in Hibbert’s testimonial when he slammed home a free-kick, prompting a pitch invasion.

Playing almost 7,000 minutes more than his nearest challenger, Cunningham is a deserved recipient of this honour.

After scoring for Milwall early in his career, the defender became too preoccupied with stopping the opposition to bother causing problems at the other end of the pitch.

Twelve years and 335 appearances in the Premier League for Wimbledon and Birmingham brought no goals, but that didn’t stop him from becoming known as “King Kenny” at St Andrew’s.