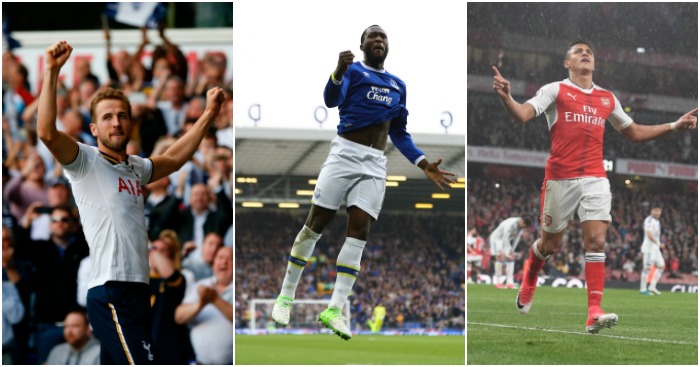 Alexis Sanchez, Harry Kane and Romelu Lukaku are among the top 10 most prolific players in Europe’s big four leagues

Sanchez’s brace in Arsenal’s 2-0 victory over Sunderland took his tally for the season to 23 goals, while he has also contributed 10 assist to the Gunners’ cause.

With 33 combined goals and assists for the season, Sanchez is the Premier League’s most prolific player.

The Chilean has voiced his frustration that his efforts are set to go unrewarded, with the club currently sitting fifth in the league, telling the press: “Sometimes the frustration more than anything is about the fact we could be challenging for the Premier League title.”

Sanchez’s individual performances this season has certainly not gone unnoticed. In setting out the odds for this year’s FA Cup final between Arsenal and Chelsea, UK bookmakers were certainly taking that 33 combined goal/assist record into consideration, tipping the 28 year-old as a likely goalscorer at Wembley.

But how does Sanchez’s total rank among the most potent players from La Liga, Serie A and Bundesliga? We’ve counted down the top 10 in the following video.

Who makes the top 10 most prolific players in Europe’s big four leagues? pic.twitter.com/483Fp5ep5d