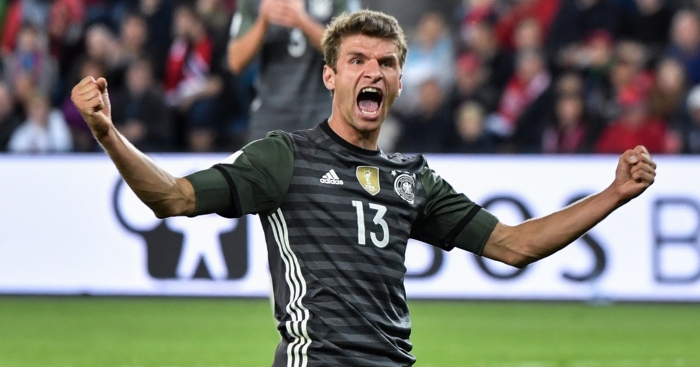 Former Everton, Liverpool and Manchester United players all feature among the top World Cup scorers at this year’s tournament.

From wonder goals to tap ins, it doesn’t matter how they go in on the biggest stage of them all.

With some huge names making the list, we’ve taken a look at the top 10 goalscorers at World Cup finals who are currently participating this summer.

The West Ham striker just creeps in to the top 10 with three goals from two World Cup competitions.

After a below par season in the Premier League in which he only managed eight goals in 33 appearances, Chicharito will be hoping to show what he is really capable of on the big stage.

Manuel Pellegrini is sure to be keeping an eye on his current crop of players at the World Cup also, so Hernandez will be looking to impress for multiple reasons.

When you picture Shaqiri at International level, you probably imagine him scoring worldies. You remember that bicycle kick, right?

The recently-relegated Stoke man has scored three goals from his two tournament participations with all of them coming in one game in 2014.

Shaqiri bagged a hat-trick against Honduras in the last competition thanks to some dubious goalkeeping, but that won’t have bothered the Swiss winger, who will be hoping for more of the same luck in Russia. 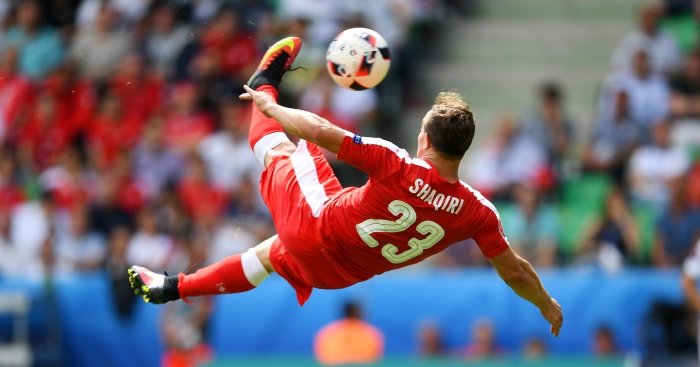 Despite having such an incredible goalscoring record at both club and country level, the Portuguese forward has only managed three World Cup goals at as many competitions.

The talented Brazilian has only taken part in the 2014 World Cup up to now and has probably done his best to forget all about it after the drubbing Germany gave Brazil on home soil.

Neymar did however score a very respectable four goals before injury ended his tournament, and will fancy his chances to improve on that number with a revitalised Brazil side around him.

He’s scored a huge 55 goals for his country going into this year’s World Cup, having earned 85 caps at the tender age of 26, and it seems the world is waiting on Neymar to light up Russia this summer.

What would a World Cup be without the Australian goalscoring machine that is Tim Cahill?

At the age of 38, Cahill has featured in three competitions and managed to bag himself five goals.

Although 2018 wasn’t the greatest year for the Aussie, with an unsuccessful return to Millwall that resulted in him being released, would anyone really bet against him leaping like a salmon to head home for Australia? Scenes.

Higuain may feel slightly fortunate to be heading to the 2018 World Cup after pipping Serie A top scorer Mauro Icardi to the forward spot.

The Argentine managed 23 goals in 50 appearances last term, which was his worst scoring tally since the 2012-13 season.

For someone that apparently doesn’t perform at international level, he sure has bailed Argentina out of a few awkward situations, not to mention his stoppage time stunner against Iran in 2014.

The World Cup is the one that has always escaped the little man. After the heart-breaking defeat to Germany in 2014, Messi will be hoping to guide his nation to one better this year.

English fans probably don’t want reminding of the 2014 World Cup and will definitely not want to face Suarez in that kind of form again this year.

Suarez netted 31 times in 51 appearances for Barcelona last season, and with the competitions whipping boys Saudi Arabia conceding five to Russia in the opening game, the Uruguay forward could well fill his boots in the group stages.

The 2014 World Cup seems like one big Rodriguez nostalgia trip.

Colombia’s attacking midfielder has only taken place in one tournament up to now and what a tournament it was for the then 22-year-old, announcing himself onto the world stage and earning his big-money move to Real Madrid in the process.

Six goals, including one of the most memorable World Cup goals of all time, puts Rodriguez sitting pretty in second in this list.

10 Days until World Cup kicks off…. How will the top teams and players break down and unlock compact defenses? With huge pressure and limited time & space it always takes something special…James Rodriguez in 2014 takes some beating. pic.twitter.com/1qfNPvM5EO

The man that simply does not know how to not score on the biggest stage.

Ten goals from only two competitions is an outstanding number for the German forward. A number that does not only make him top scorer out of the current crop of players but puts him at 10th in the top scorers of all time.

At only 28 years of age Muller could well have two, maybe even three competitions left ahead of him.

Fellow countryman Mirsolav Klose currently holds the honour for top World Cup scorer of all time with 16 goals, a record Muller will have his eyes firmly set on.