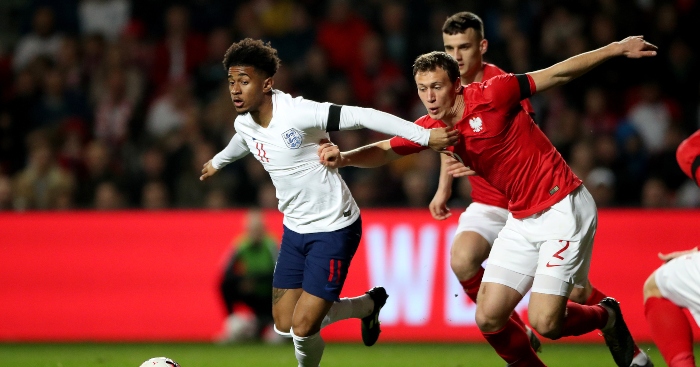 Plenty of intrigue will surround the Under-21 European Championships this month with some of the hottest prospects in football on display.

The 12-team tournament takes place in Italy and San Marino, with Germany the reigning champions after beating Spain in the 2017 final.

We’ve taken a closer look at every player from the Premier League’s top six clubs who will be in action.

The Gunners have three players on their books who will be competing at the tournament, although only one, Matteo Guendouzi, featured for their first team in 2018-19.

Guendouzi is part of a France squad that have been priced as third favourites with the bookies, behind Spain and England, alongside former Arsenal youngster Jeff Reine-Adelaide and Lyon striker Moussa Dembele.

Arsenal fans will perhaps be keeping a closest watch on the performances for Reiss Nelson for England. Nelson made a superb start to life in the Bundesliga after joining Hoffenheim on loan last summer, but his progress stalled somewhat over the second half of the season as he struggled for form and fitness.

A strong showing for Aidy Boothroyd’s team could help Nelson convince Unai Emery he has a role to play the the Emirates next term.

Krystian Bielik makes up Arsenal’s contingent at the tournament, with the 21-year-old named in Poland’s squad after a positive campaign in which he helped Charlton win promotion from League One.

It remains to be seen whether Bielik has a long-term future at Arsenal, and so he has a chance to put himself in the shop window with a strong showing.

“My future is unknown but there is one thing I can say for sure: I will definitely not go back to Arsenal Under-23 team,” he said recently.

“At this stage it wouldn’t make sense. If I do not receive the possibility to join the first team permanently, I will have to look for other solutions.

“I feel like a senior player now so I want to play senior football. This is, however, not the right moment to discuss these issues as I want to be 100% focused on the European Championships.” 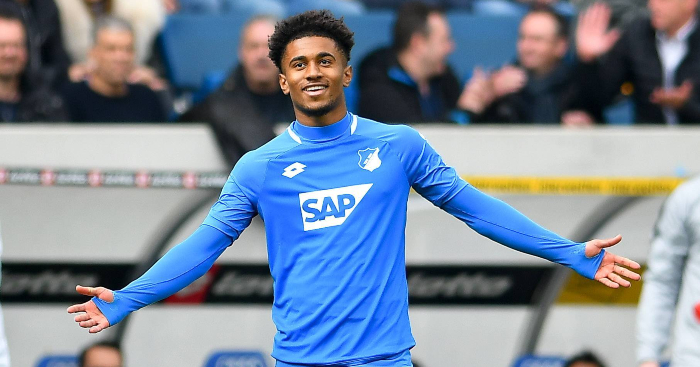 READ: Reiss Nelson & a reason to get excited about Arsenal’s future

Given their transfer ban, the progress of Chelsea’s young players is the subject of plenty of interest this summer, and the Blues have five players at the tournament, all of whom are in England’s squad.

Fikayo Tomori and Mason Mount are already being tipped for potential first-team roles next term, especially if Frank Lampard replaces Maurizio Sarri as manager, having impressed under the former Chelsea icon on loan at Derby County.

Likewise, Tammy Abraham is expected to be playing Premier League football next season, whether at Chelsea or on loan elsewhere, after firing Aston Villa to promotion from the Championship.

Jake Clarke-Salter‘s name has been known at Stamford Bridge for a number of years now, having made his Premier League debut back in 2016 and talked up by John Terry as his own potential replacement.

The centre-back has since been sent on loan to Bristol Rovers, Sunderland and, most recently, Vitesse, featuring as a regular as they finished fifth in Eredivisie.

Jay Dasilva is the final Chelsea player to be a member of England’s squad off the back of a successful season on loan at Bristol City, who have the option to purchase the left-back, but his future is unclear.

The Reds have just one representative at the tournament and it is a name many fans will be unfamiliar with.

Kamil Grabara joined Liverpool in 2016 from Polish outfit Ruch Chorzów after the goalkeeper had previously gone on trial with Manchester City and Manchester United.

The 20-year-old is yet to make a competitive appearance for Jurgen Klopp’s team but was handed a senior outing in a pre-season friendly against Tranmere Rovers before spending the second half of the season on loan in Denmark with Arhaus.

Kamil Grabara is set to depart on loan once he is finished with Poland at the European U21 Championships in Italy. The 20-year-old finished the season with Danish side Aarhus, and has interest from Belgium and Germany, among others. (Neil Jones)

After the struggles of England’s senior midfielders at the Nations League, all eyes will be on Phil Foden‘s performances for the Under-21s, with many fans and pundits suggesting the 19-year-old should be fast tracked into Gareth Southgate’s squad.

Foden could find himself facing his City team-mate Lukas Nmecha, who, despite winning the Toulon Tournament with England last summer, has switched international allegiances to Germany, the country of his birth.

Nmecha starred with 15 goals in 11 appearances in Premier League 2 in 2017-18 but was less prolific on loan at Preston last season, albeit partly due to being deployed on the wing rather than as a central striker.

Like Liverpool, United’s solitary representative comes in the form of a young goalkeeper who was loaned out last season.

Dean Henderson is behind Southampton’s Angus Gunn in the pecking order to be England’s first-choice goalkeeper, but the 22-year-old’s stock is high after becoming a popular figure during Sheffield United’s promotion campaign.

He has been linked with another loan move to Bramall Lane, with Ole Gunnar Solskjaer saying in May: “He’s obviously won promotion with Sheffield United and that’s been fantastic for him. If he plays a year in the Premier League for them, it might be the best thing.”

They don’t have any, sorry.