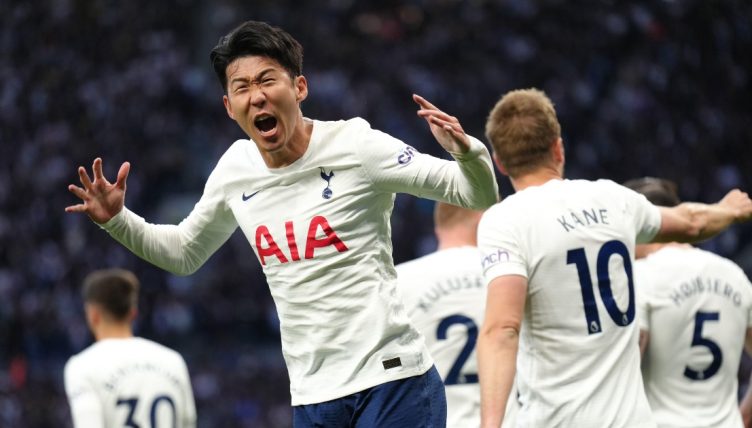 Tottenham Hotspur recorded a comfortable 3-0 win over Arsenal in the north London derby to keep their top four hopes alive.

Antonio Conte’s side went into the game four points behind Arsenal and knew that a defeat would end their quest for Champions League qualification.

Harry Kane fired Tottenham in front from the penalty spot after Cedric Soares was adjudged to have fouled Son Heung-min.

Son fired in from 10 yards two minutes after half-time and Tottenham are now just one point behind Arsenal with two league games left.

We’ve picked out 13 outstanding statistics and records from Tottenham’s 3-0 win over Arsenal.

– Tottenham have beaten Arsenal by three or more goals in a Premier League match for the first time. It’s also their biggest league win over their rivals since a 5-0 victory in 1983.

– Spurs have won three consecutive home league games against Arsenal for the first time since August 1961.

– They are now unbeaten in their last eight home league games against Arsenal, winning six and drawing two of those games.

– Antonio Conte is just the fourth Tottenham manager to win their first Premier League match against Arsenal, following in the footsteps of Doug Livermore, Gerry Francis and Jose Mourinho. Note: Livermore was joint-manager with Ray Clemence.

– Harry Kane has netted 13 goals in 15 Premier League games against Arsenal. No player has scored more against the Gunners in the competition’s history.

Harry Kane heads home to make it 2-0 to Spurs! pic.twitter.com/Rxp1YWgIcJ

– The striker is now on 180 Premier League goals and 7.2% of them have come against Arsenal.

– During the game at the Tottenham Hotspur Stadium, Kane had more shots (9) than the entire Arsenal team combined (8).

– Kane has become just the third player to score 15+ Premier League goals in eight or more seasons after Sergio Aguero and Alan Shearer.

– Son’s strike against Arsenal also takes him to 91 Premier League goals. Alongside Jermain Defoe and Robbie Keane, he is Tottenham’s joint-third highest top goalscorer in the Premier League.