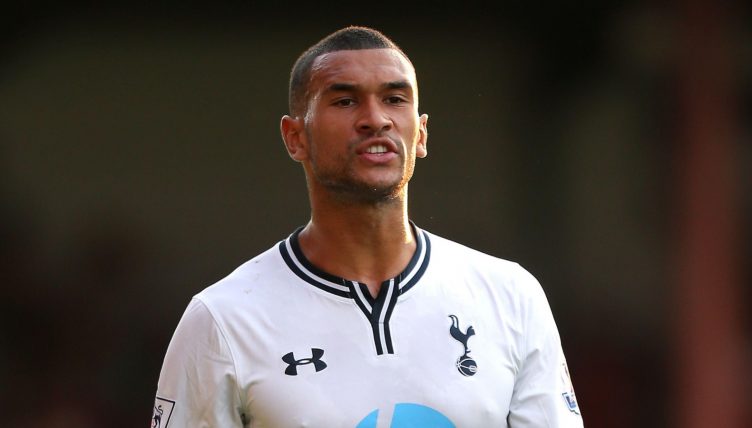 For all the highs and lows Tottenham have gone through over the past decade, their status today was similar to when Football Manager 2013 was released back in early November 2012.

Having finished fourth in 2011-12, but denied a Champions League spot due to Chelsea winning the competition, Spurs were seen as challengers for the top four that could beat anybody on their day.

They also had a world-class British forward in their ranks in the shape of Gareth Bale. Fast forward to 2022 and Harry Kane fulfils that mantle as Tottenham look to build on last season’s fourth-place finish.

The future looked bright at White Hart Lane, FM2013’s list of Spurs wonderkids underlines, but Kane is conspicuous by his absence.

We’ve taken a look through the FM Scout database to pick out Tottenham’s seven wonderkids from Football Manager 2013 and looked to see whether the real-life players have lived up to their early potential a decade later.

Caulker is a fine example of an English player rebuilding his career away from the English microscope, first in Scotland and more prominently in Turkey over the last three years.

Having struggled to establish himself in the Spurs starting XI, Caulker endured tough spells with Cardiff and QPR but his form for Alanyaspor helped the team secure back-to-back top-half finishes.

His form kept him in Turkey, with Fenerbahce signing the 30-year-old, but he is now with another Turkish side in Fatih Karagumruk.

Liverpool v Norwich has us reminiscing on this mad game featuring Steven Caulker up top for the Reds pic.twitter.com/fsXlQBzGRy

One of those academy products that failed to muddy the white shirt in competitive action for Spurs, Hall has carved out a solid career below the Premier League.

After numerous loan spells, the centre-back was sold to QPR in 2015 where he made 130 appearances across five years at Loftus Road.

His time at Middlesbrough, who he joined in 2020, has proven to be less successful and Hall is currently on loan at fellow Championship side Rotherham United.

The young centre-back was loaned out twice during Mauricio Pochettino’s first season but eventually left Spurs to join Werder Bremen for just €300,000.

Veljkovic has since proven to be a hit in Bundesliga, establishing himself as a regular for Werder and earning himself 20 Serbia caps. He’ll expect to be a part of a talented Serbian squad heading to Qatar next month.

The former England Under-21 international eventually left on a permanent deal, returning to Swansea in 2017.

Another loan deal seemed to offer Carroll a potential Premier League return in January 2019 as he joined promotion-chasing Aston Villa, but injuries scuppered any chance of it being made permanent and he was released by Swansea a year later.

He has since had spells with QPR and Ipswich Town but is currently a free agent.

His neat footwork and inch-perfect finish was the pick of the bunch as Swansea cruised into the 5th round of the FA Cup.

There aren’t as many Australians in the English game as they used to be – a sign of the Socceroos’ decline over the past decade – but Luongo is still flying the Aussie flag in Pom territory.

His only first-team appearance for Spurs was a League Cup defeat to Stoke, with Luongo missing the vital penalty in the shoot-out, but the midfielder eventually found his level at QPR and Sheffield Wednesday.

Luongo joined Championship side Middlesbrough over the summer but, having not played for Australia since 2019, it’s probably too late for him to play in this year’s World Cup.

McEvoy is still in his 20s – he was born a few months after Brazil won the 1994 World Cup – but he has now retired from football.

After a significant number of loan spells, the winger joined York permanently in January 2016, before being released at the end of the 2015-16 season.

The Irishman moved to back his home country for a brief spell with Waterford but opted for a move back to England, committing himself to a new full-time job to support his young family.

Gomelt attracted the interest of Internazionale, Juventus and Manchester City before committing to Spurs in 2013 – but his career hasn’t lived up to the early promise.

His loan spell at  RCD Espanyol B was unfulfilling as the forward was unable to play competitive games as Croatia were outside the EU at the time.

He’s since played for clubs in Belgium, Croatia, Italy, the Netherlands and Romania and can currently be found with Lithuanian side FK Suduva.

READ MORE: Where are they now? Pochettino’s last 10 Tottenham signings