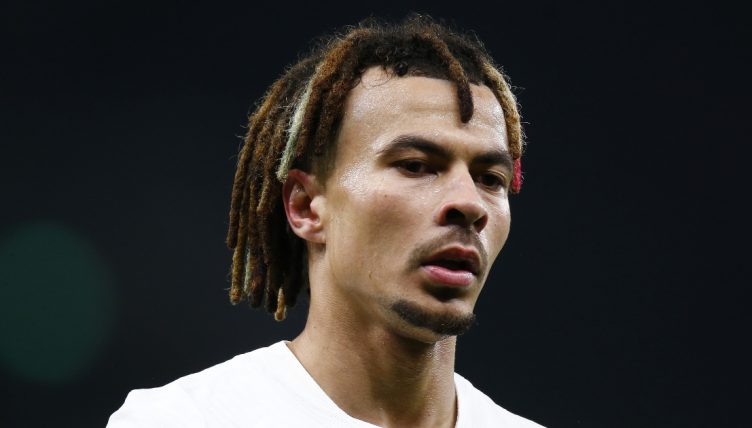 Antonio Conte has breathed new life into Tottenham’s season since taking charge in November – but that hasn’t stopped rumours that Spurs will be active in the upcoming January transfer window.

With a Champions League place still in sight, Spurs have been linked with a host of players including Franck Kessie and Dean Henderson. But, with a squad still largely stocked with players from the Pochettino era, some current stars may be moved on to freshen things up.

We’ve identified five first-team players that could leave the club next month.

Alli has enjoyed more game-time under Conte, putting in his best display for years during the draw against Liverpool in December.

But it’s old news that he isn’t the same player that terrorised defences during the mid-2010s and it seems inevitable that he’ll leave Tottenham at some point.

Plenty will hope that the midfielder can revitalise his career elsewhere, with the likes of Aston Villa, Newcastle and Wolves linked with the erstwhile England midfielder in recent weeks.

But there’s also been reports that Alli is determined to stay and fight for his place at Spurs rather than leave in January. His future will be one of the main stories of the window, that’s for sure.

Tottenham’s desire to sign a new right-back could spell the end of Doherty’s time in north London.

Signed from Wolves in 2020, the Republic of Ireland international hasn’t come close to reproducing the form he showed at Molineux and has rarely featured under the new manager.

Having featured for just 127 minutes under Conte, a departure is surely the best option for all parties. As of yet, there isn’t a queue of takers for the 29-year-old.

Gil has been on the periphery of the action since arriving in the summer and has been linked with a loan move back to Spain.

According to Estadio Deportivo, Gil is happy with his decision to join Tottenham. In turn, the club are still satisfied that they bought him.

However, the report claims anything can happen in January. The former Sevilla winger has attracted the interest of Real Sociedad and Cadiz among others and could be set for a temporary move away from Spurs.

Having only played 54 minutes under Conte, Rodon must surely be contemplating leaving Spurs for more first-team football in January.

His need is heightened when you consider that Wales will face crucial World Cup play-off matches in March and are unlikely to consider players without sufficient match fitness.

Watford and Newcastle have been mooted as potential destinations for the defender. Rodon could still have a long-term future at Spurs but his lack of game time would suggest he is not part of their current plans.

Bergwijn may have injected life into his Spurs career by scoring in their League Cup quarter-final win over West Ham in December.

But, as things stand, the winger still has work to do to force his way into Tottenham’s starting XI in the Premier League with the likes of Lucas Moura being preferred ahead of him.

Ajax are thought to be keen on bringing Bergwijn to Holland and, considering how often he flatters to deceive in a Spurs shirt, they may be tempted to cash in on the 24-year-old.