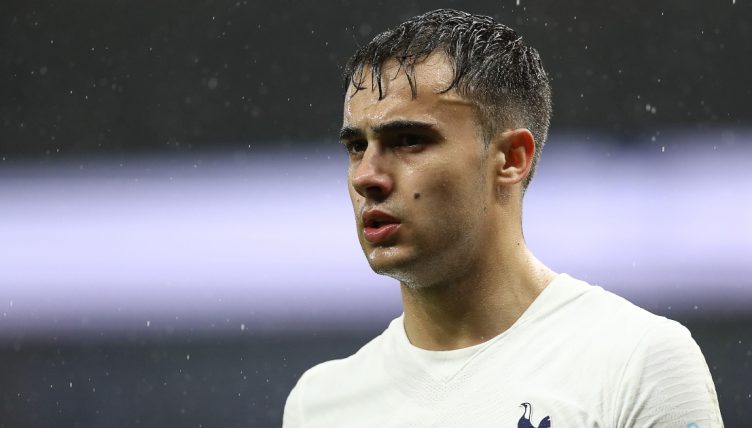 It’s been another busy summer at Tottenham as Antonio Conte reshapes his squad before their Champions League return and there’s expected to be plenty more outgoings before the window closes.

After finishing fourth last season, Spurs have spent over £90million on six players, including Richarlison, Yves Bissouma and Djed Spence, as they look to challenge in domestic and continental competition in 2022-23.

Three players have left the club at the time of writing; Steven Bergwijn has joined Ajax for £26million while Cameron Carter-Vickers and Jack Clarke have moved to Celtic and Sunderland respectively.

And it’s been reported that Spurs will spend the rest of the window clearing the deadwood from their squad.

We’ve identified a further eight players that could exit the club this summer, ranging from first-team regulars to youngsters in need of game time elsewhere.

Reguilon fell out of favour during the second half of last season, with Conte preferring Ryan Sessegnon in the left-wing back role, and the 25-year-old has slipped to third in the pecking order after the signing of Ivan Perisic.

The Spain international has reportedly been told he’s free to leave the Tottenham Hotspur Stadium and was left at home during the club’s pre-season tour of South Korea.

The outlet claims that the trio discussed the possibility of both a permanent transfer and a loan move, and it is believed Tottenham value Reguilon at £20million.

Real Madrid have a repurchase option on Reguilon for €40million until August 31, but they’ve expressed no desire in reuniting with their former full-back.

It’s safe to say that Winks’ reputation has taken a hit over recent years.

The midfielder was a regular member of the England squad as recently as 2020 but his stock has fallen at Spurs and his last Premier League start was the victory over Leeds in February.

“Winks, I feel sorry for Harry Winks because when he got in the team he was passing the ball forwards,” former Spurs defender Graham Roberts told Tottenham Fan Chris Cowlin’s YouTube channel.

“All of a sudden in the last few years he’s been getting it, giving to the centre-half, getting it back and giving it to the other centre-half. The game is about going forward not backwards.

“People say to me that Winks has like 340 touches in a game, but they’re all to the centre-halves. You have to be more expansive. I feel sorry for him but would we win a trophy with Winks in the team? Not really”

He was also excluded from Spurs’ pre-season tour of South Korea and the club are open to offers for Winks. Everton, Leeds and Southampton have all been linked with the 26-year-old. 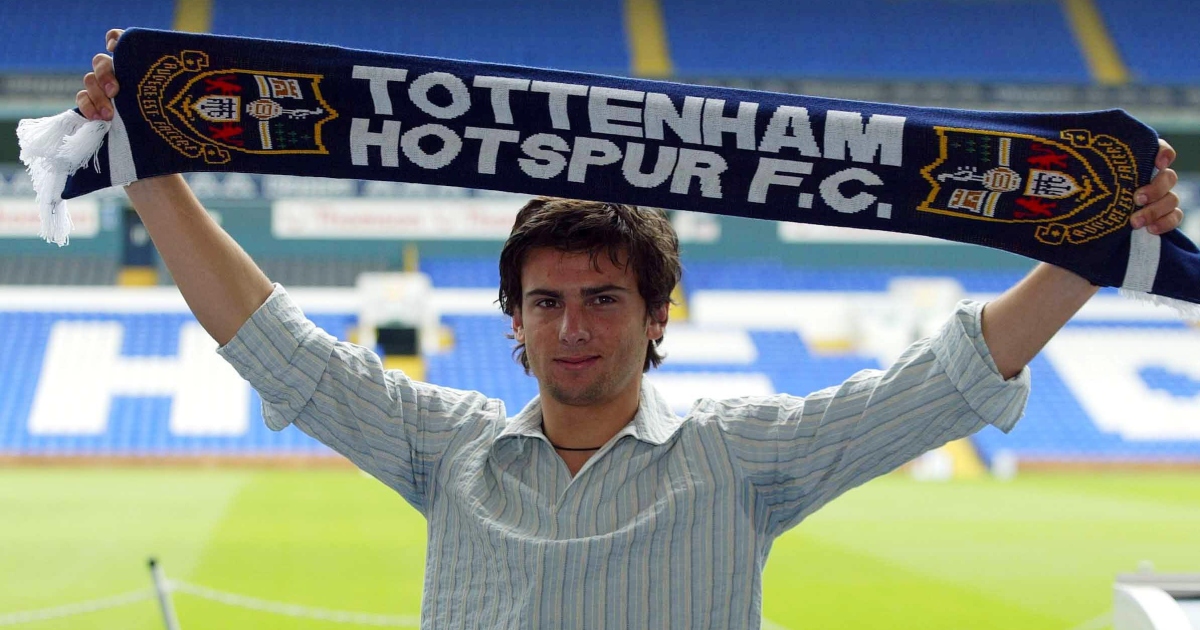 READ: 7 Spurs signings who were meant to be the business…but weren’t

It never quite worked out for Lo Celso in north London but his successful loan spell with Villarreal last season has kept his stock high and ensured one of Tottenham’s Champions League rivals are interested in signing in the midfielder.

As reported by Corriere dello Sport, Napoli are lining up a move to take Lo Celso to Serie A, although this could be dependent on whether the Neapolitans sell Piotr Zielinski to West Ham.

Tottenham have made it clear that they want around €20-22million, but are open to sending the Argentina international out on loan once again.

Despite only signing for the club last summer, Spurs are reportedly open to offers for Emerson this summer.

The 25-year-old has been given opportunities to prove himself in pre-season but the signing of Spence means his game-time in the right wing-back position would be limited.

Earlier this month, CMW reported Juventus are interested in signing Emerson but the player himself has expressed no real desire to leave Tottenham during the current transfer window. 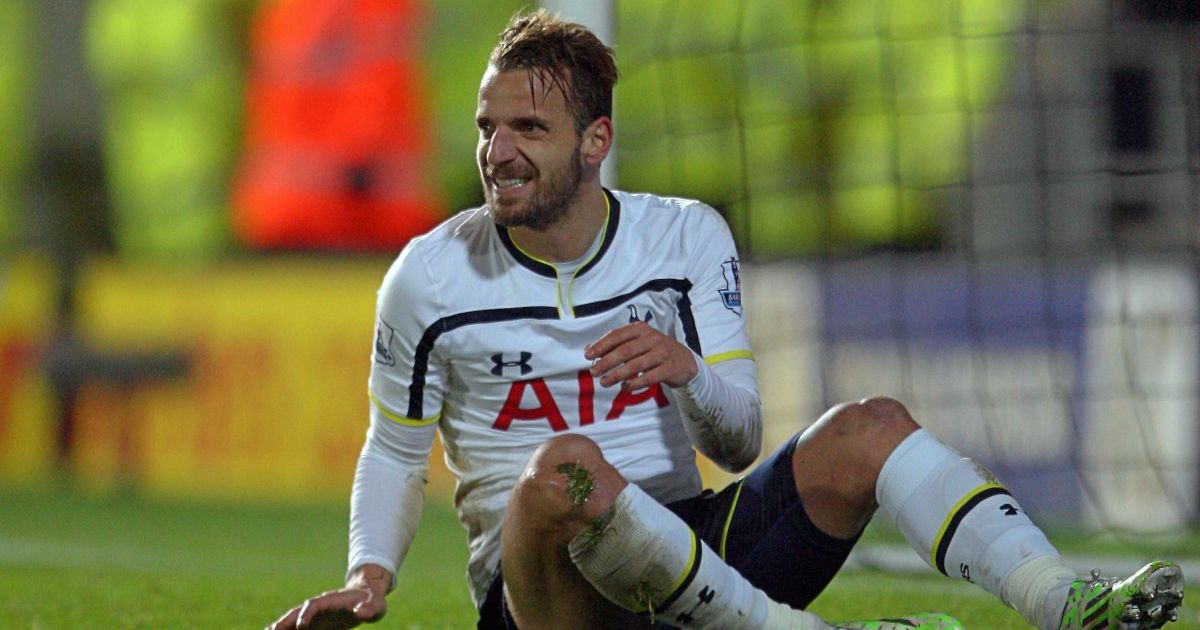 READ: The last 13 players Tottenham have signed from La Liga & how they fared

Doherty recovered from an awful start to his Spurs career to play an underrated role in their fourth-place finish in 2021-22 but the signing of Spence would leave the Republic of Ireland international facing a season warming the bench.

Tottenham are open to selling Doherty but former Spurs and England goalkeeper Paul Robinson has urged Conte to reconsider, telling Football Insider: “At the end of last season Matt Doherty impressed. We saw the best of him.

“Out of the two of them [Doherty and Emerson Royal] he played the better and for longer periods. He showed just why Tottenham bought him. He is effective when used in the right wing-back position.

“Doherty gave more to the side last year for me so I’d like to see him stay. He’d be the one for me.”

Gil endured a difficult first season at Spurs, finding it difficult to adapt to English football and spending the second half of the campaign at Valencia.

Conte gave the winger some game time in South Korea but The Athletic have reported that Spurs are willing to loan out the 21-year-old again.

They also reported that Valencia are interested in taking him back if they can sell Goncalo Guedes to raise the requisite funds.

After breaking into the Spurs side in 2020 and impressing Jose Mourinho in the process, Tanganga has found opportunities harder to come by under Conte and, while the Spurs boss would like to keep the young defender, he accepts the player can leave if an appropriate offer comes in.

The Athletic have reported that Tanganga has attracted interest from AC Milan, but he is more an opportunity than a priority for the Italian champions.

Newly-promoted Bournemouth have also made enquiries about the defender.