7 transfers Tottenham have missed out on under Antonio Conte 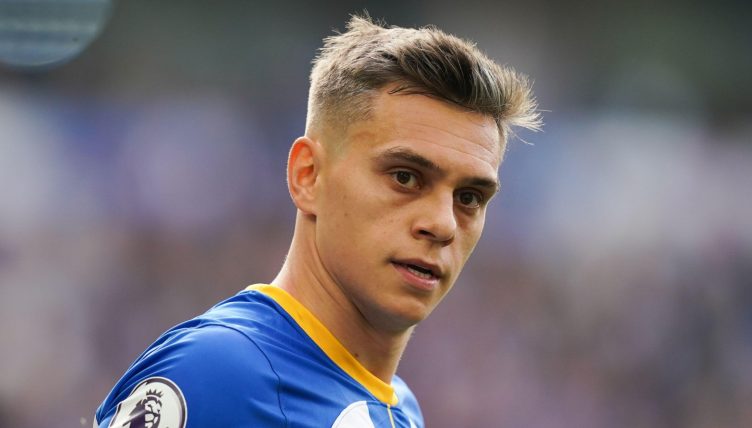 The 2022-23 campaign has been a frustrating one for Antonio Conte and Tottenham. Might things have gone differently with a more effective transfer strategy?

After pipping Arsenal to Champions League qualification last season, Spurs bolstered their squad with over £100million of new additions. But, Conte has cut a somewhat miserable figure as his side have failed to build on last season’s progress and take another step forward.

Tottenham have three fewer points than they did at the same stage last season and the prospect of catching Manchester United or Newcastle in the race for the top four looks an unlikely one in their current form.

We’ve taken a look at seven signings that Spurs have missed out on whilst Conte’s been in charge and question whether the club might’ve been better off if they’d got them over the line.

Before Spurs’ north London rivals Arsenal swooped in to secure the Belgian international, Brighton had reportedly made it clear that he was up for sale. Trossard is into the final six months of his contract at the Amex and had fallen out with Seagulls boss Roberto De Zerbi.

Tottenham were firmly linked with the 28-year-old but failed to make a transfer happen. Given his ability to play across the frontline, and his excellent form in the first half of the season, he would’ve been a really useful player for Conte – particularly with key man Son Heung-min struggling this season and looking in need of a spell on the bench.

The reports that Conte was keen on the Wales international certainly raised eyebrows last summer. He was ever-present in the summer gossip columns, having seemingly been deemed dispensable by Leeds United.

Having shown some flashes of his raw potential in his early days at Manchester United, James has failed to kick on in recent years. The speedy winger was sold by the Red Devils to old rivals Leeds in the summer of 2021. The move to Elland Road failed to reignite his career and he’s since been shipped out on loan to Fulham, where he’s only played a role on the periphery of Marco Silva’s squad.

Given that, you imagine it’s a bullet dodged. It’s hard to look at James as the one that got away, but there would’ve been intrigue in how Conte utilised the 25-year-old. After all, the Italian coach once made Victor Moses look like a world-beating wing-back.

Reuters correspondent Fernando Kallas suggested that Spurs were chasing the Atletico Madrid winger’s signature up until the final days of the transfer window.

The 29-year-old looks a natural fit for what Conte demands, particularly with his experience of grafting away and contributing defensively out wide under Diego Simeone.

A move never materialised and Carrasco ended up staying put in the Spanish capital. Now Barcelona are at the front of the queue, with a somewhat unconventional “preferential but not compulsory purchase option” on the Belgian after Memphis Depay moved in the opposite direction.

🚨 Barcelona have officially confirmed that they will have a non-mandatory buy option on Yannick Carrasco as part of Memphis Depay deal with Atlético. 🔵🔴 #FCB

There’s a clause around €20m for FCB to sign Carrasco — relationship with his agent Pini Zahavi is excellent. pic.twitter.com/DmUN236EVm

Tottenham managing director Fabio Paratici was reportedly keen on the Ukrainian, famed for regularly scoring absolute blooters in Serie A for Atalanta.

Malinovskyi reciprocated by ‘liking’ a tweet about Tottenham in the late stages of the summer transfer window, but that’s as far as the very public flirting went. For whatever reason, Tottenham opted against making a proper approach for the 29-year-old, who has since signed for Marseille.

We’d have been interested to see Malinovskyi fit into Conte’s midfield. He certainly could’ve added some extra thrust behind the front three.

Back in July, the Daily Mail reported that Spurs were “still keen” on signing Villarreal centre-back Torres – in spite of landing Clement Lenglet on loan from Barcelona.

The 26-year-old Spain international was one of the Yellow Submarine’s standout individuals as they won the Europa League in 2021 and followed that up with a run to the Champions League semi-finals last season.

He’s ended up staying put at the Estadio de la Ceramica and remains a key player for Villarreal as they challenge Atletico Madrid for a top-four finish in La Liga. We can’t help but feel Torres would’ve fared better at Spurs than the somewhat underwhelming Lenglet.

It never appeared that Spurs were really in for Fernandez, with concrete links in the media thin on the ground, but you have to ask yourself – why not?

Whilst he was still at boyhood club River Plate last season, the likes of Manchester United, Real Madrid and even Wolves were linked with the rising star as he established himself as one of the finest young prospects in South America.

In the end, Benfica won the race for his signature, signing him for just €18million in the summer. At that price, surely he was gettable for Spurs, especially with the promise of Champions League football.

The player Tottenham did get, Yves Bissouma from Brighton for a fee in excess of £25million, has failed to pull up any trees this season. Fernandez, meanwhile, has shone for Benfica and tore things up at the World Cup, named the young player of the tournament as Argentina triumphed in Qatar.

It’s impossible not to look at the 21-year-old’s mix of energy, tenacity and positional intelligence and think he would’ve been a perfect fit for a Conte side. He looked right at home as Lionel Scaloni went three at the back to counter the Netherlands.

Too late for “what ifs?” now, though, with Fernandez emphatically out of Spurs’ orbit: Benfica recently held firm for his €120million release clause, forcing free-spending Chelsea to give up on the chase.

Last August The Sun reported that Tottenham were “on the verge” of signing Phillips from Blackburn Rovers. Spoiler: they weren’t.

Back then the 17-year-old defender had only just made his debut, but he’s an England Under-19 international and is viewed as one of the brightest young prospects in the Championship.

Having stayed put at Ewood Park, it will be worth keeping an eye on how the teenager develops in the coming months and years. If Spurs genuinely were interested, you imagine they’ll be keeping tabs on his progression.

One for the future, you can’t imagine Phillips would’ve made an impact had he been signed in the summer. Indeed he might’ve been loaned straight back out. A player to watch out for, regardless.

TRY A QUIZ: Can you name every manager to take charge of Tottenham in the Prem?