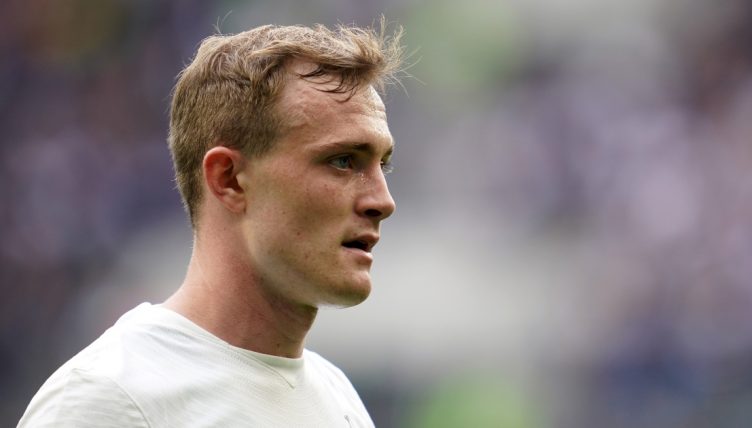 Tottenham seem to have turned a corner under Antonio Conte and, according to Football Manager, they have a litter of talented youngsters in their ranks – but how have their nine biggest prospects fared in 2021-22?

Spurs’ current blue-eyed boy Harry Kane was a product of the club’s academy and, while developing a player of his calibre may prove to be a stretch for a few generations, there are plenty of promising talents on Spurs’ books.

We’ve identified the nine biggest prospects (according to FM Scout) and investigated how they’ve fared away from the interactive world during the current campaign.

Dorrington is described by Spurs’ official website as a “commanding central defender” who was born as recently as April 2005. Disgusting, right?

He has been capped by England at Under-15, Under-16 and Under-17 levels and remains in the youth system at Tottenham, playing 17 times for their Under-18 side this season and scoring during their recent defeat to Fulham.

By far the biggest success on this list, Skipp has been one of Conte’s prime disciples at Spurs this season and has become a fan’s favourite. It’s no surprise with tackles like this… 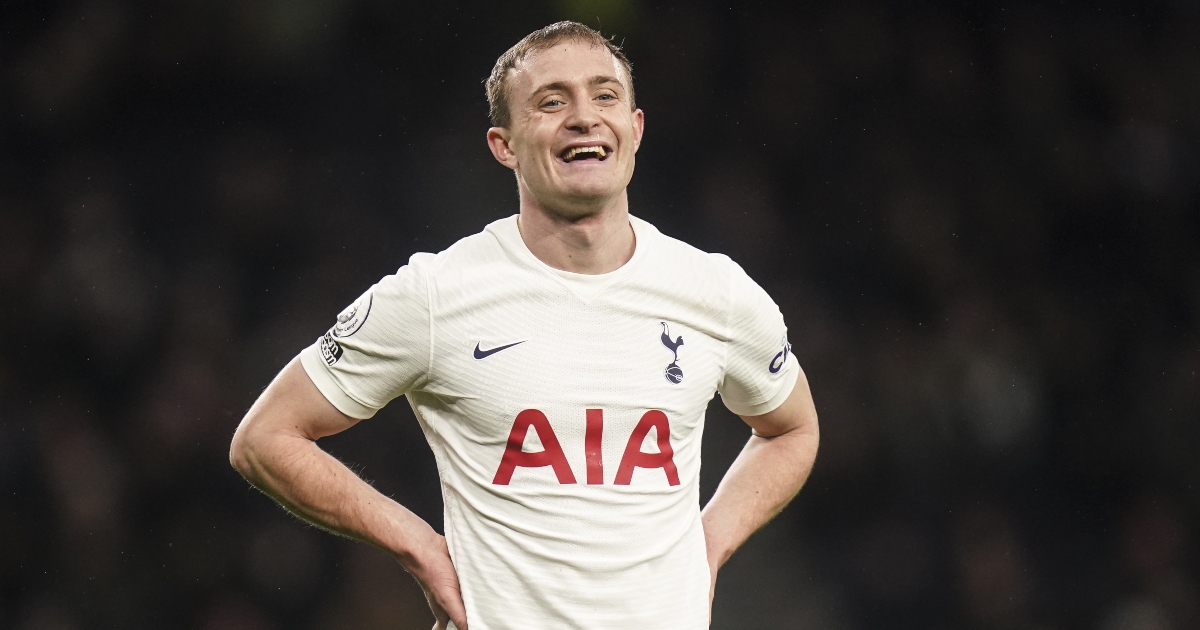 READ: Oliver Skipp and the tackle that sums up revitalised Tottenham

Devine enjoyed the highest ‘ceiling’ of any Spurs player on Football Manager 2022 and some observers have tipped the midfielder to become Conte’s ‘Barella’ figure.

“He’s a kid with good potential,” Jose Mourinho said last season. “He’s basically a midfield player but with an instinct to appear in finishing zones and to score goals. We like him.”

And, aged just 17, Devine has been tearing it up for Wayne Burnett’s Under-23 side, scoring nine goals and registering three assists over his 15 Premier League 2 appearances this season.

Devine still has a long way to go but he possesses all the qualities to become Spurs’ midfield dynamo for years to come.

Spurs beat Manchester United to the signing of Sarr last summer but the Senegal midfielder was immediately loaned back out to Metz for the 21-22 campaign – and he’s not impressed.

Indeed, in over 20 Ligue 1 outings in the current campaign, he’s only scored one goal, registered one assist and created one big chance for his teammates.

These are hardly numbers befitting a player who Fabio Paratici dubbed “one of the most talented in Europe” and a “great signing”. Spurs fans will be hoping that Sarr will show significant improvement next year.

Following a successful loan spell at Portsmouth last season, White has torn up Premier League 2 this season as Spurs captain.

With five goals and six assists in 18 appearances, the midfielder has underlined his potential and Conte reportedly cancelled a loan deal that would have seen White leave the club in January.

“From what I’m told, Tottenham had a loan deal agreed for White,” John Wenham told Football Insider. “Right up until one hour to go on deadline day, something was pencilled in.

“White is the most advanced of our academy players and to work with the first team for the next six months might be the best for him.

“He will be in there every day working with [Pierre-Emile] Hojbjerg and [Rodrigo] Bentancur which is exciting.”

Harvey White’s beauty to put #thfc in the lead at halftime. 😍🎯 pic.twitter.com/0jqEB7YrqY

After arriving in London last summer, with cult shithouse Erik Lamela heading the other way to Sevilla, Gil only played a peripheral role at Spurs before heading to Valencia on loan in January.

Gil clocked up just 87 minutes of Premier League action spread over the course of nine matches before he returned to his homeland and he recently spoke about his struggles to adapt to English football.

“In the Premier League, training sessions are very physical, very hard,” Gil told AS in March 2022.

“And that has helped me not to feel fatigued now. The adaptation, for me, was difficult. It is very physical football. Back and forth. Being there has been good for me, even if I didn’t play as much as I wanted. I’m more mature.

“I changed habits like eating. I had a chef at home and I gained two kilos. Even so, I noticed that it was not enough for the physical level that exists in the Premier League.”

Scarlett is considered a promising talent by the club’s management and has reportedly received a contract offer.

The youngster has already made 10 senior Tottenham appearances after making his first-team debut as a 16-year-old in November 2020.

Seven of those have come this season, including three starts in the Europa Conference League, and Scarlett has a huge admirer in Mourinho; speaking to The Times last July, the former Spurs boss claimed the teen sensation “is going to be phenomenal”.

Spurs fans will be hoping and praying that the assessment of their former manager proves to be correct.

Donley is another Spurs prospect that was highly rated by Football Manager and he’s already the subject of an international tug-of-war between England and Northern Ireland.

The striker was also named by the Guardian as Tottenham’s best first-year scholar and John Wenham has given an indication of his standing at Spurs.

“This time he’s gone away with England and he’s got himself another goal off the bench. That’s now 10 goals in 10 games for Tottenham and his national sides.

“He guarantees you a goal every time he plays. He’s progressing really well and I don’t think it will be too long before we see him advancing through the age groups.”

Donley has reportedly trained with the first-team squad and has scored 10 goals, as well as providing four assists, in just 12 Under-18 matches for Spurs. He could be very, very good.

🦂 You voted Jamie Donley's strike against West Brom U18s as your October Goal of the Month! 🎉 pic.twitter.com/zPeM1T6xBh

One of the many, many black marks against Jose Mourinho’s time at Spurs was his reluctance to use Parrott, preferring to loan him out to Millwall and Ipswich Town last year.

But the young striker is currently on cloud nine after scoring a last-minute winner for the Republic of Ireland against Lithuania last month.

Asked afterwards if it was the best moment of his fledgling career, Parrott said: “By far. By far. To score the winner that late in front of the home fans maybe a mile or so away from my house was honestly incredible. I’m still shaking now.”

Parrott has also scored crucial goals for MK Dons as they look to gain promotion to the Championship. We wouldn’t bet against him getting his chance at Spurs next year.