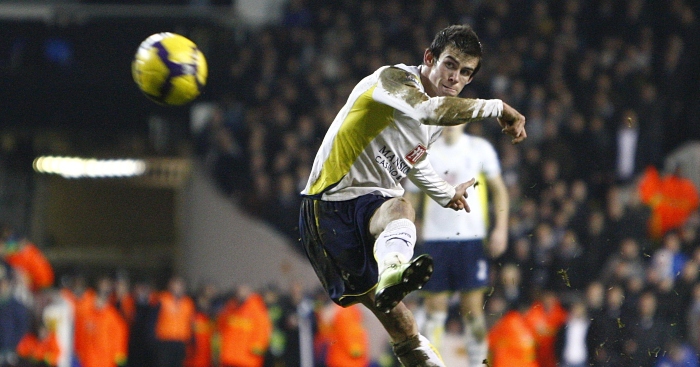 Tottenham have come a long way since their first game of the 2010s, going from part of the Premier League’s chasing pack to a regular fixture in the Champions League.

A goalless draw with Hull in their first Premier League fixture of 2010 left Harry Redknapp’s team clinging to their top-four spot by a thread, with the Spurs boss rueing “five or six incredible, world-class saves” from visiting goalkeeper Boaz Myhill.

This is the Spurs XI which failed to break down a resilient Tigers side in the middle of a 10-game winless run.

Gomes was Spurs’ undisputed No.1 at the start of the decade, famously earning an early red card in that game against Inter at the San Siro.

The Brazilian played 31 times in the 2009-10 Premier League season, and another 30 the year after, before Brad Friedel’s arrival saw him lose his place. The veteran has enjoyed a late-career renaissance at Watford, where he remains today at the age of 38.

If you think the inclusion of hefty Croatian Corluka at right-back points to Redknapp’s lack of width, you just wait.

The former Manchester City man spent four years on Spurs’ books but somehow didn’t then up joining Mark Hughes’ QPR despite being the exact model of player who seemed destined for that move.

We’re not sure what’s more surprising, that he’s played Champions League football this season (for Lokomotiv Moscow) or that he’s still just 33.

The 2009-10 season was Bassong’s first in north London following a summer move from Newcastle, and he started relatively well.

However, after featuring in more than two thirds of Spurs’ games that year, his first-team chances were limited by the arrival of Younes Kaboul, William Gallas and, later, Jan Vertonghen.

The bulk of Bassong’s Premier League appearances would, therefore, come in a Norwich City shirt.

De facto captain in the near-permanent absence of Ledley King, Dawson was a staple of the Spurs back-line when he himself was free from injury.

The start against Hull, a club he would later join, was one of 29 he made in the league that season and one of more than 300 in a Tottenham shirt.

He stuck around until 2014, when he was one of the first players sold by incoming boss Mauricio Pochettino.

Bale’s journey in the 2010s has been just as dramatic as that of his former club: the 2009-10 season marked the first time Spurs won a game in which he played, at the 25th time of asking.

He spent much of that season at left-back but moved further up the field in time to star in the following campaign’s Champions League.

You probably remember what happened next.

On this day in 2009 Gareth Bale ended a run of 24 matches without being on the winning side for Spurs as they beat Burnley 5-0! pic.twitter.com/KXBZoqHB6R

It’s a Harry Redknapp XI, what did you expect?

Honduran midfielder Palacios was a real star for Spurs for a little while, which sounds odd when you look at how quickly his career petered out after leaving the club in 2011.

A January 2009 arrival, he was a huge factor in the top-four run in his first full season, playing 33 times and helping the team climb four places. However, since leaving Spurs with 65 league games to his name, he hasn’t hit that number for the three clubs he’s represented since. Combined.

The more attacking Jermaine Jenas came off the bench as Spurs sought a breakthrough. Younger readers may remember him from Match of the Day 2.

Huddlestone played even more games than Palacios in the 2009-10 campaign and scored a couple of belting goals, including a winner against Bolton Wanderers in April.

Having earned his first England caps in 2009, the central midfielder was expected to kick on after agreeing a new deal a few months after the Hull game. But injuries and squad changes meant this was the beginning of the end and he eventually joined the Tigers in 2013 before returning to boyhood club Derby County in 2017.

Yeah, about that lack of width thing.

Modric began his Spurs career in a more central role but was shunted left by Redknapp in an effort to provide a more solid centre behind a two-striker system.

Eventually, Spurs saw sense and moved the Croat back inside as soon as Bale became the club’s left winger. He did pretty well there, as it turns out.

Keane was in his second Spurs spell by 2010, having failed to live up to his £20million price tag at Liverpool at a time when that sum meant something.

However, that didn’t last nearly as long as his first stint, and he moved on loan to Celtic just a few weeks after the Hull blank.

His replacement against Hull did a bit better: Crouch scored the goal which took Spurs into the Champions League and scored the winner in a victory at AC Milan. Both left in 2011, though.

Defoe, like Keane, was in his second spell at White Hart Lane in 2010. But his return lasted a lot longer.

His 2009-10 campaign was his best in pure goalscoring terms, with 18 in the league and a further six in cup competitions, and had another couple of double-figure league seasons before moving to MLS in 2014.

The former West Ham man ended the season travelling with England to the World Cup in South Africa, where he scored a vital group stage winner against Slovenia to take the Three Lions into the knockout rounds.