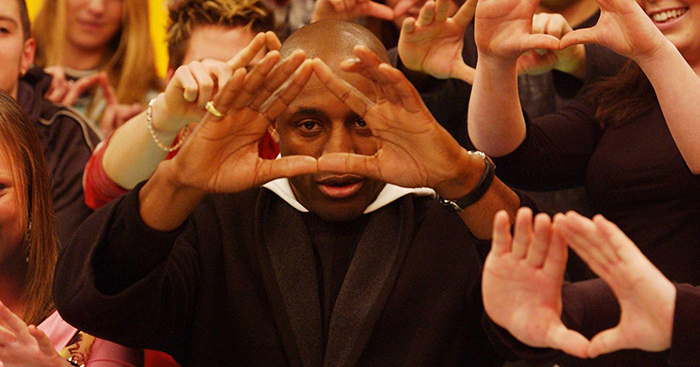 “Hi, and welcome to Focus on Fitness – with me, Fash! As the title of this program suggests, there’s only one true path to fitness, and indeed any goal in life, and that’s focus. I’ve lived my life by it, and it’s served me well from the football field all the way to the jungle.”

These are the words that greet the viewer of Focus on Fitness with Fash, an 80-minute workout DVD led by former footballer John Fashanu.

I recently purchased Focus on Fitness with Fash for £0.92, but not in order to focus on my fitness.

In fact, I’m breaking the video’s first and only rule. “You must be doing this for yourself, no one else,” Fashanu says. “Have we got that clear?”

I have to look away from the TV, knowing full well that I’m not participating properly. I’m watching Focus on Fitness with Fash for Planet Football, not myself, and I won’t be changing into gym clothes. 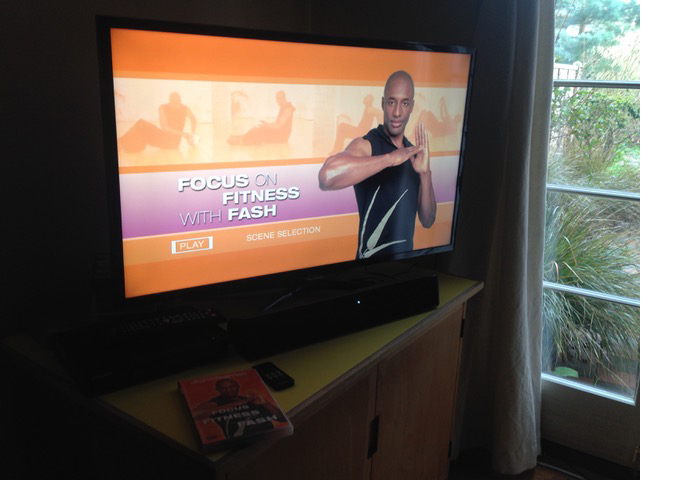 But the experience will not be futile. While I won’t be following Fashanu’s fitness programme to the letter, I am going to immerse myself deep into this 80-minute exercise regime to better understand its creator, one of the most unique personalities in football.

What follows is my attempt to focus… not on fitness, but on Fash.

“Coming out of the jungle, it struck me how unfit everybody was, and how even the celebrities who were with me knew very little about basic fitness.”

During the short introduction to Focus on Fitness with Fash, we are quickly reminded why this video exists.

Rewind to 2003, and Fashanu has just finished runner-up to Phil Tufnell on the second season of I’m a Celebrity…Get Me Out of Here, defeating Danniella Westbrook, Sian Lloyd, Toyah Willcox and others.

Having maintained an impressive workout regimen in the jungle, Fashanu is now showing you, the viewer, how to match his level of fitness.

Those early words shine a light on one element of Fashanu’s personality: the former footballer is a problem-solver, a righter of wrongs. He saw a lack of fitness and awareness, and will attempt to rectify those problems with this video.

During these opening scenes, as we are still running over the contents of the DVD, I already feel like I have a foothold in the mind of Fash.

What follows, however, is more opaque.

“Remember, image is key, no matter what anyone else tells you. If you’re not happy with what you see in the mirror, focus and commitment are that much harder.

“So work on your clothes, your hair, even your face, whatever you want to, while you’re waiting for your body to catch up. (And it will!)”

Focus on Fitness with Fash is not laden with controversy, but Fashanu’s comments about body image are borderline contentious.

Of course, this is a video designed to help you improve your body, so Fashanu stressing the importance of appearance should not be all that surprising.

Yet the assertion that “image is key, no matter what anyone tells you” is disconcerting. It’s a classic pick-me-up turned on its head: it’s what’s outside that counts, Fashanu says, and the sooner you realise that, the better.

There is no menace in Fashanu’s delivery, but this statement lingers in the mind. Fash is a helper, but he’s not going to pretend – for his own benefit or yours – that appearance isn’t very, very important.

And your face? Less important than clothes or hair.

Fashanu may be an aesthete, but he immediately shows another side to himself: the pragmatist. When the workout’s Resistance chapter calls for some gentle weightlifting, the former Wimbledon striker suggests using tins of baked beans as dumbbells.

It’s an interesting insight into Fashanu’s social pliability. Minutes earlier, he spoke of mingling with celebrities in the jungle; he’s now speaking the language of the everyman.

As Fashanu slowly rolls a deflated football above and below his legs, he reassures the viewer that they “don’t need to be a footballer” and “don’t need a football” to carry out this exercise.

With Fashanu, all are welcome.

“Lick your lips, just… moist lips. Have them gently closed. Breathing technique: in through your nose, out through your mouth.”

If any part of the video makes me acutely aware that I am using this video in the wrong way, it is Fashanu’s counting. I see myself in third person, wearing jeans, watching former footballer John Fashanu saying numbers. Why?

This makes the moments of non-numerical instruction more poignant, and Fashanu’s directive to moisten my mouth is especially forceful.

It’s an anomaly, for sure, but should come as no surprise to those who saw Fashanu on Celebrity Come Dine With Me, when the former striker made a mouthwatering shepherd’s pie.

As the DVD draws to a close, I feel like I’ve seen glimpses into Fashanu’s personality, though perhaps no more than that. This is a little disappointing. Did I not focus enough? Did some huge insight slip by during the stretches?

Ultimately, however, I think I’ve found something better than insight: I just quite like Fashanu. He’s weird, yes, and he thinks red wine goes in the fridge, but he’s a character in a sport that sorely lacks characters.

Maybe one day he’ll help me get fit.