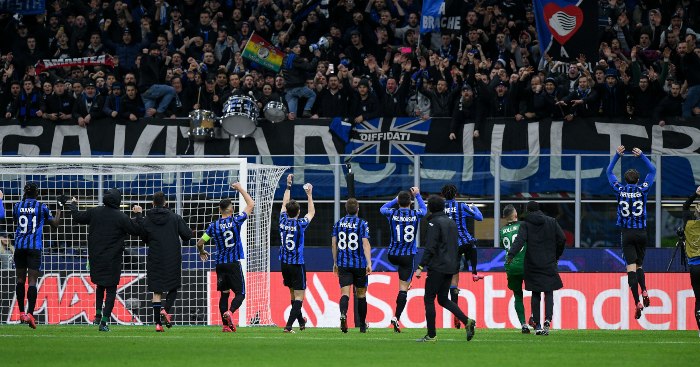 “In some ways it’s ironic that in the brightest moment of the team comes the darkest hour of the city.”

For much of 2019-20, Atalanta’s success was the feel-good story of the season. Following the outbreak of COVID-19, the exploits of Gian Piero Gasperini’s team took on far greater significance than they could ever have imagined.

Bergamo, the proudly working-class Italian city where Atalanta are based on the outskirts of Milan, became the epicentre of the global pandemic. In the province alone there were 6,000 deaths. In the local newspaper there could be as many as 10 pages of obituaries. Ambulance sirens could be heard around the city 24/7. Friends and family were lost.

The club of Atalanta is very much a reflection of the city itself. A demand to represent the values of Bergamo is sewn into the colour of their kit: “Always sweat the shirt.” Every newborn in the city is now gifted an Atalanta shirt. If you’re from Bergamo and support another club, the only explanation is that you must have something wrong with you.

Eight months ago, COPA90 visited Bergamo to cover the first derby between Atalanta and Brescia since the 2005-2006 season in what was, we can now say, a very different world.

Less than a month after COPA90 released their original documentary, Atalanta hosted Valencia in Milan’s San Siro for the first leg of their Champions League round of 16 clash. In a performance that summed up everything that makes Gasperini’s philosophy so brilliant, Atalanta triumphed 4-1, but epidemiologists later described that fixture as a “biological bomb”.

Now, COPA90 have returned to Italy to produce ‘Triumph Through Tragedy: Atalanta, Bergamo and COVID-19’, a brilliant 25-minute documentary on how the city and football team have united to show the world they will not be defeated, summed up by the side’s daring, dramatic run to within two minutes of a Champions League semi-final.

We’ll leave you to watch it, but will end with the words of Franz Barcella, Atalanta supporter and founder of Wild Honey Records: “Football can heal the suffering. Football can do miracles. Bergamo became somehow not only the symbol of Italy not giving up, but the symbol of resilience.”

Remembering Atalanta on Champ Man 01/02, the most annoying team ever