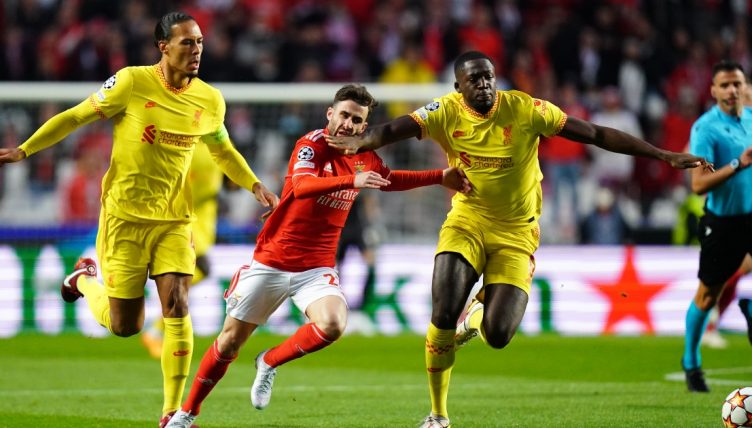 Konate has to compete with Joel Matip for a place in Jurgen Klopp’s team but often impresses alongside Van Dijk when they are both named in the starting XI.

We’ve taken a look at the 11 times they have started together to see how Liverpool fared in those games.

After sitting on the bench for Liverpool’s first four Premier League games in 2021-22, Konate got to start alongside Van Dijk for their home game against Crystal Palace.

The duo kept a clean sheet and didn’t put a foot wrong as goals from Sadio Mane, Mohamed Salah and Naby Keita gave Liverpool a 3-0 win at Anfield.

“You can see he is incredibly talented,” Jurgen Klopp said when asked about Konate after the game. “The potential is outstanding. He is used to winning challenges easy. He is young and he played a really good game. Massive. First home game for him.

“You want the team to watch the games and see what we do. We need to have experience from what we see. And he did really well. So much potential.”

Liverpool’s attacking players then did the rest as a Salah hat-trick and goals from Keita and Diogo Jota gave Klopp’s side a historic 5-0 win.

“Coming in against United is never easy, it shows over the last years the results there and how we performed there.

“How he controlled together with [Andy] Robertson, Trent [Alexander-Arnold] and Virg – that’s why I want to say a big compliment to our last line – how he controlled these movements and this speed was from an absolute top level.

“Did you know that Naby lad was that quick?!” 😱@QuornFoods presents the next instalment of the 𝑨𝒍𝒕𝒆𝒓𝒏𝒂𝒕𝒊𝒗𝒆 𝑪𝒐𝒎𝒎𝒆𝒏𝒕𝒂𝒓𝒚 series, as @VirgilvDijk and @IbrahimaKonate_ recap our last clash with Manchester United 🎙️ pic.twitter.com/br1h255bNp

Liverpool raced into a two-goal lead against Brighton after Mane and Jordan Henderson found the back of the net inside the opening 24 minutes.

But Brighton pulled a goal back on the stroke of half-time when Enock Mwepu produced a brilliant finish to lift the ball over Alisson from 25 yards out.

The Reds looked vulnerable at the back throughout the game and Leandro Trossard equalised in the 65th minute after an assist by former Liverpool midfielder Adam Lallana.

Despite a shaky performance against Porto in the Champions League, Konate kept his place in the starting line-up against Southampton.

A brace from Jota and Thiago’s deflected strike gave Liverpool a comfortable lead at half-time before Van Dijk scored against his former club to make it 4-0.

Konate wasn’t at his best during the win but helped preserve Liverpool’s clean sheet by making a goal-saving block to deny Adam Armstrong from close range.

Liverpool looked set for a comfortable win over Chelsea after Mane and Salah both found the back of the net inside the opening 30 minutes.

But Mateo Kovacic brought Chelsea back into the game with a spectacular volley before Christian Pulisic made it 2-2 in first-half injury-time.

While nobody could stop Kovacic’s strike, Van Dijk was criticised for the way in which he defended Pulisic’s equaliser at Stamford Bridge.

“They’ve got an obsession, Liverpool’s centre-backs, you see this a lot where they always stay in line with each other,” Jamie Carragher said on Sky Sports.

“They never cover each other – there’s an obsession with playing offside. We noticed that right throughout the game, the space between the two centre-backs is too big.

“Initially, his starting position, Van Dijk, because he’s not intense enough to get over, he doesn’t want to cover his other centre-back.”

Shrewsbury took a surprise lead against Liverpool in the FA Cup third-round tie when Konate failed to intercept a cross and Daniel Udoh fired home.

But their lead didn’t last very long as Kaide Gordon equalised with a composed finish before Fabinho put Liverpool 2-1 up with a penalty.

During the second half, a cheeky flick from Roberto Firmino and a second goal from Fabinho sealed their place in the fourth round.

“He [Konate] played some early games for us and I think we all agree he is an exceptional talent – physically outstanding and a good footballer as well,” Klopp said.

“But when you are that skilled, that quick, that strong, then it is pretty normal, especially when you are young, that your concentration level drops from time to time.”

After the win over Shrewsbury, Van Dijk and Konate started alongside each other again in the FA Cup fourth-round tie against Cardiff City.

With the scores level at 0-0, Cardiff were controversially denied a spot-kick after Konate appeared to foul Mark Harris in the Liverpool box.

Jota, Takumi Minamino and Harvey Elliott all scored for Liverpool in the second half before Rubin Colwill netted a late consolation for the Championship side.

Cardiff are convinced they should have a penalty. VAR had a look but decided against giving the spot-kick!

Are the Bluebirds right to feel aggrieved there? 🤔

While Firmino and Salah scored late goals to give Liverpool a 2-0 win over Inter in the Champions League last-16 first leg, it was the defenders that stole the show.

Van Dijk picked up a deserved Man of the Match award after nullifying the threat of Lautaro Martinez and winning five aerial duels at the San Siro.

Konate also produced one of his best performances in a Liverpool shirt, winning four ground duels and making more interceptions (4) than any other player. 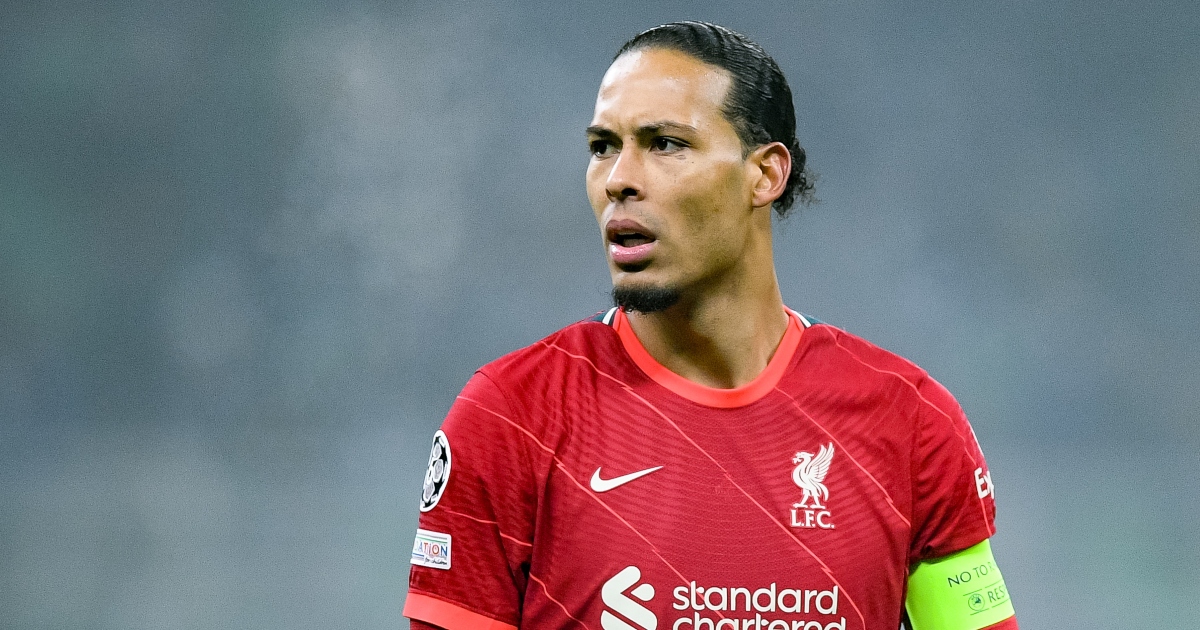 After Joel Matip was ruled out of the West Ham game due to illness, Konate partnered Van Dijk and made just his second Premier League appearance of 2022.

Van Dijk was rested for the FA Cup fifth-round win over Norwich City, but he started alongside Konate in the quarter-final against Forest.

The game looked set to go to extra-time until Jota’s 78th-minute strike booked Liverpool a spot in the FA Cup semi-finals.

Forest had just one shot on target during the cup tie and Van Dijk and Konate have now kept six clean sheets when playing together.

Konate had a very mixed game against Benfica, scoring the opening goal in the 17th minute before making a mistake that led to Darwin Nunez’s goal.

Mane and Luis Diaz also scored at the Estadio da Luz to give Klopp’s side a 3-1 win in the first leg of their Champions League quarter-final.

Overall, Liverpool have won nine and drawn two of the 11 games Van Dijk and Konate have both started, conceding just seven goals.