Vlahovic next? The last 10 players Arsenal have signed from Serie A 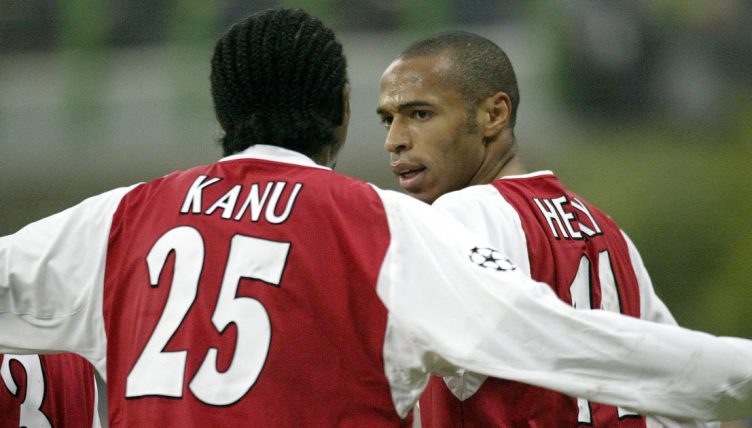 Arsenal’s hunt for a new striker has led them to Serie A, where they reportedly have a strong interest in Dusan Vlahovic from Fiorentina.

The striker scored a record-equalling 33 league goals in 2021, and the 21-year-old is now one of the hottest prospects in Europe.

Arsenal have been surprisingly quiet in signing players from Italy this century, but the successful acquisition of Takehiro Tomiyasu in the summer of 2021 may encourage them to go back for more.

Ten players have joined the Gunners directly from Serie A in the Premier League era. Here’s how they fared.

Fans were shocked when the non-flying Dutchman made the move from Inter Milan to Arsenal in the summer of 1995.

The £7.5million fee made him a club-record transfer at the time, and despite actually struggling with Inter in Serie A, his exploits for the Netherlands and Ajax had made him a superstar before he arrived in England.

Arsenal were in decline at the time of his arrival but Bergkamp was exactly what Arsenal needed, and he won three titles and four FA Cups in 11 years at the club, scoring 120 goals and immortalising himself as an ‘Invincible.’

One of the most skilful players to ever grace English football, that Bergkamp goal against Newcastle was voted as the best Premier League goal of all time in 2017.

19 years ago today Dennis Bergkamp scored *that* goal against Newcastle

Arriving in the same summer as Bergkamp, the England international had spent four years in Italy at Bari, Juventus and Sampdoria after leaving Aston Villa in 1991.

The midfielder arrived under Bruce Rioch for just under £5million and featured regularly as Arsenal won the Premier League and FA Cup double in 1998.

Platt made a respectable 105 appearances for the club, scoring 15 goals, before finishing his career at Nottingham Forest.

Another Serie A arrival who would become a legend, Vieira was one of Arsene Wenger’s first signings, joining from AC Milan in 1996 after making just five appearances for the Italian giants.

He quickly established himself as one of Arsenal’s most crucial midfielders, with his sheer power coupled with immense technique making him unstoppable.

Just 20-years-old at the time of his arrival, Vieira would go on to succeed Tony Adams as Arsenal captain and led the club to their unbeaten league title in 2004.

But Vieira constantly flirted with a move away, and ultimately got his wish, moving to Juventus in the summer of 2005 after nine glory-filled years at the club.

Some still say he has never been truly replaced to this day, as one of Arsenal’s best-ever midfielders and fiercest captains. 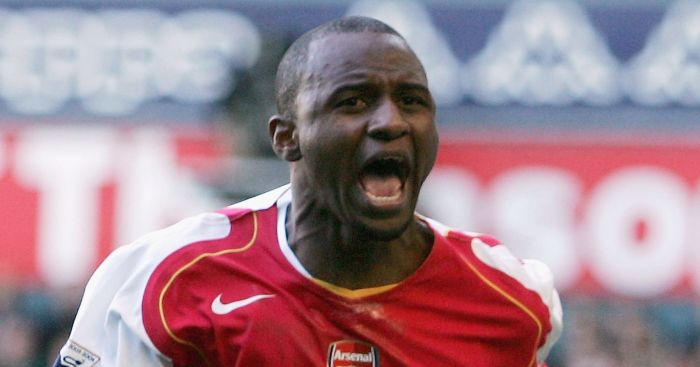 Ian Wright’s departure in 1998 left a gaping hole up front which needed to be filled and the Gunners decided to sign Kanu a few months later.

The Dennis Bergkamp comparisons with Kanu seemed unavoidable, arriving as a forward who previously played for Ajax and Inter Milan, and whilst he wasn’t quite at the Dutchman’s level (no one was), the Nigerian became a cult hero within the club.

Scoring 44 goals in 198 appearances over five years, he left the club after the Invincible season to join West Brom before ending his career at Portsmouth.

“Maybe (Nwankwo) Kanu,” Arsene Wenger told beIN Sports when asked about his best-ever January signing.in 2020. “In the middle of the season. That had a big impact and he was a huge player.”

The best of the lot, Henry, like Bergkamp and Vieira before him, had little impact in Italy, lasting just six months in Turin.

Joining in the summer of 1999 as a replacement for the Madrid-bound Nicolas Anelka, Henry initially struggled at Arsenal, failing to score in his first eight games but soon turned into arguably the greatest player in Premier League history.

370 appearances and 226 goals later, Henry eventually left for Barcelona in 2007 and won the lot in Spain. He did make a heroic return to North London on loan in 2012, where he added two goals to his tally.

Henry is now permanently carved into the history of Arsenal, as the club built a statue of their legendary forward outside the Emirates Stadium just before his loan return.

Joining directly from Parma’s youth side after scoring 45 goals in 22 reserve matches, Lupoli arrived as a 17-year-old and scored twice in the League Cup against Everton in his second game for the club.

Despite scoring regularly in the youth sides, he would make just one league appearance before being loaned out to Derby County and then leaving permanently for Fiorentina,

The Italian goalkeeper joined the club as a teenager from Atalanta and would make 23 appearances in all competitions over eight seasons at the club.

Mannone would then become a Premier League regular at Sunderland before joining Reading and now plays for Ligue 1 side Monaco.

One of Wenger’s most bizarre signings, the Palermo goalkeeper joined on loan on deadline day in 2013, the same day Mesut Ozil arrived for a club-record fee.

He would not make a single first-team appearance for the club and left after his loan spell expired without anyone really noticing he was there.

Viviano has six Italy caps to his name and would go on to play for Sampdoria.

There was a lot of hype around the Uruguayan when Arsenal forked out £27million for him in the summer of 2018.

Arsenal fans will have watched his exploits at the World Cup, and the midfielder initially started well, winning back to back Man of the Match awards and helping Unai Emery to a 22 game unbeaten run.

Torreira’s Arsenal career peaked when he scored the fourth goal against rivals Tottenham in a fiery North London derby, sending the Emirates wild.

But injury problems and a failure to adapt to England meant that Torreira wanted to leave the club, and he’s currently on loan at Fiorentina.

According to reports, the 25-year-old will be offered to Fiorentina permanently as part of Arsenal’s bid for Vlahovic.

His Arsenal career didn’t work out in the end, but that derby goal will live long in the memory.

A deadline day signing for Mikel Arteta in the summer of 2021, there was initial scepticism around signing an unknown 22-year-old from Bologna for £16million.

Tomiyasu has silenced all his critics, slotting into the Arsenal right-back role with ease and quickly became one of the most popular players in the squad for his consistency, determination and ability to win duels.

The Japan International’s fast start may encourage Arsenal to go back to Italy for more bargain buys.