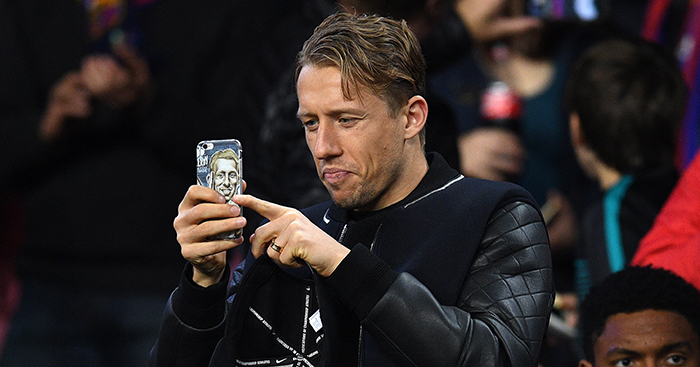 A video has emerged showing part of the speech Lucas Leiva gave at his anniversary dinner to mark his 10 years at Liverpool.

Jurgen Klopp and all of the current first-team squad were at the celebration, inside the new Main Stand at Anfield, as were Lucas’ former team-mates Steven Gerrard and Jamie Carragher, plus guests including Manchester City pair Pablo Zabaleta and Fernandinho.

Speaking on stage, Lucas said: “Many of you became close friends. I will always be here to help like I’ve been before, and I’m sure this group will have all the tools – like the gaffer says – to bring success to this club.

Lucas joined Liverpool from Gremio in 2007 and has since made 342 appearances for the Reds, though the 30-year-old’s long-term future at Anfield is in doubt with just over 12 months remaining on his contract.