Where are they now? The Liverpool XI beaten by Atletico Madrid, 2010 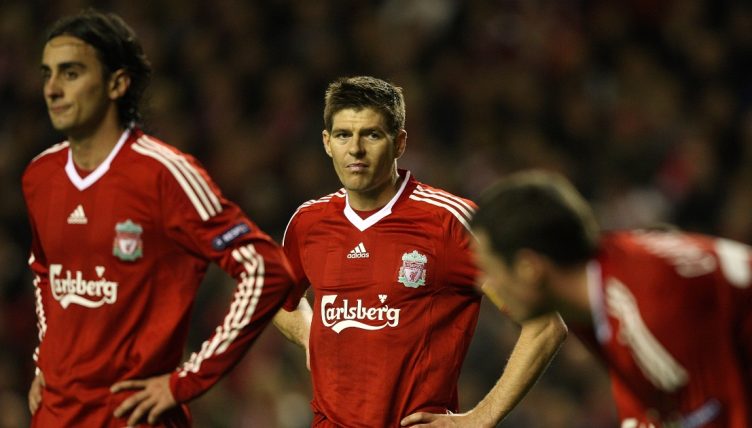 Liverpool have a reputation for glorious European nights at Anfield – but the 2010 Europa League semi-final against Atletico Madrid wasn’t one of them.

Looking to salvage something from a disappointing season, Liverpool cancelled out Atleti’s first-leg lead and went another goal ahead in extra-time. But Diego Forlan’s strike secured a place in the final for the away side and Rafa Benitez left Anfield a few weeks later.

We’ve taken a look to see where the players that appeared in the second leg at Anfield have ended up now.

Reina left Liverpool in 2014 with 396 appearances to his name and a permanent place in the hearts of Reds fans.

The 39-year-old hasn’t officially retired yet and is on the books of Serie A side Lazio. But his courting of far-right political parties and appearance as a giant penguin on the Spanish version of The Masked Singer are the signs of somebody with an eye on their post-playing career.

A perfect enforcer in the centre of midfield for three years, Mascherano had to fill in on the right side of the defence in this game and he left for Barcelona in 2010 after Liverpool failed to qualify for the Champions League.

Since retiring in 2020, the former Argentina captain has kept a relatively low profile – although did vocally back FIFA’s proposals of a biennial World Cup. We expect the arrival of several heavy suitcases at chez Mascherano any day now…

Degen’s time at Anfield was ruined by injuries and his contract was terminated in 2011 after only 13 club appearances. He spent the rest of his career at Basel, retiring in 2016.

On this day in 2008, Javier Mascherano scored his first goal for Liverpool with an absolute belter against Reading.

What a player Masch was 🔴💪

Sporting many tattoos and a no-nonsense attitude to defending, Agger wooed The Kop during his eight years as a Liverpool player.

Agger is back in his native Denmark these days, managing HB Koge in the Danish first division since March 2021. He was registered as a player for them in August and the 36-year-old may end up making a sensational return to action at some point this season.

Appears on our screens weekly winding up Gary Neville. Which is a job that most of the population of Merseyside would give their right arm for. 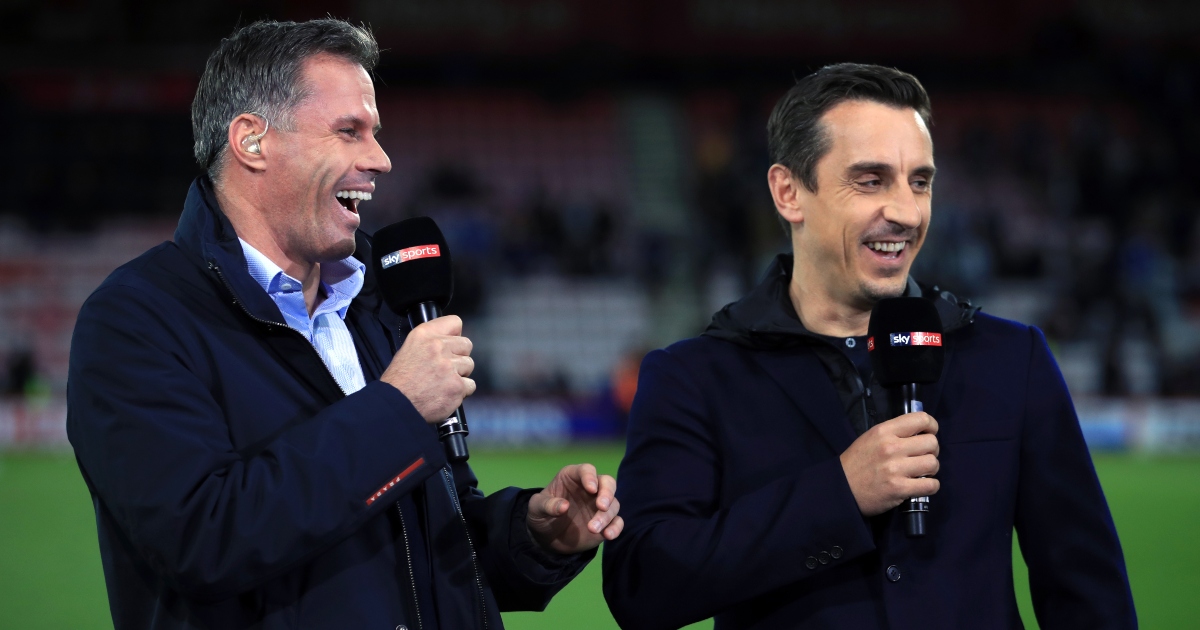 He might have been forced to the left in this encounter but Johnson made the right-back slot his own under a succession of managers at Anfield and was part of the side that almost won the Premier League title in 2014.

His powers were on the wane by the mid-2010s and, after being phased out by England around the same time, Johnson was released in 2015.

The West Ham academy graduate spent the rest of his career at Stoke City before retiring in January 2019.

He currently appears semi-regularly as a pundit on talkSPORT.

Despite being one of the goalscorers against Atletico, Aquilani is remembered by most as a Liverpool flop.

Signed to replace Xabi Alonso in 2009, the Italy international failed to meet expectations at Anfield before returning to Serie A after a single season.

Aquilani announced his retirement from the game in 2019 and was most recently in charge of Fiorentina’s under-19 squad, who won the Coppa Italia Primavera in the summer of 2020.

His replacement in April 2010 was one of the more forgettable Liverpool players of that era.

El Zhar spent five years at the club between 2006 and 2011 but appeared just 21 times in the Premier League. He is now a free agent after a spell with Al-Ahli in Qatar.

Lucas established himself as a fan’s favourite at Liverpool with his commitment to the cause and never-say-die attitude.

He was still playing for the club well into the Klopp era, scoring his first goal in seven years in an FA Cup win at Plymouth in January 2017, before leaving at the end of the 2016-17 season.

The midfielder moved to Lazio – where he still plays to this day.

Captain, icon and probable future Liverpool manager after winning the league title with Rangers in 2021.

You just know it’ll happen at some point, if not just yet…

🗣"No one is in any rush to bring Steven down here too soon, Jurgen is the man for us"

John Gibbons from @TheAnfieldWrap thinks the time is not right just yet to bring Steven Gerrard back to Liverpool as the manager to replace Jurgen Klopp pic.twitter.com/64wmfX7gOp

Benayoun put Liverpool on the verge of the final with his goal in extra-time and he proved to be a trustworthy player during his time at the club.

Signed from West Ham in 2007, the former Israel international developed the knack of scoring crucial goals and helped Liverpool out of many holes in his four years there.

He retired aged 38 in 2019 and his swansong for Beitar Jerusalem was an inspiration for featherweight footballers everywhere.

Pacheco left Liverpool in 2013 after making 17 appearances and now plays for UD Logrones in the third tier of Spanish football.

After retiring in 2017, Kuyt has since offered to be Steven Gerrard’s assistant manager at Anfield – which, as we’ve established, will almost definitely happen.

The hard-working forward was a hero to Liverpool fans and, in many ways, embodied the Benitez era. 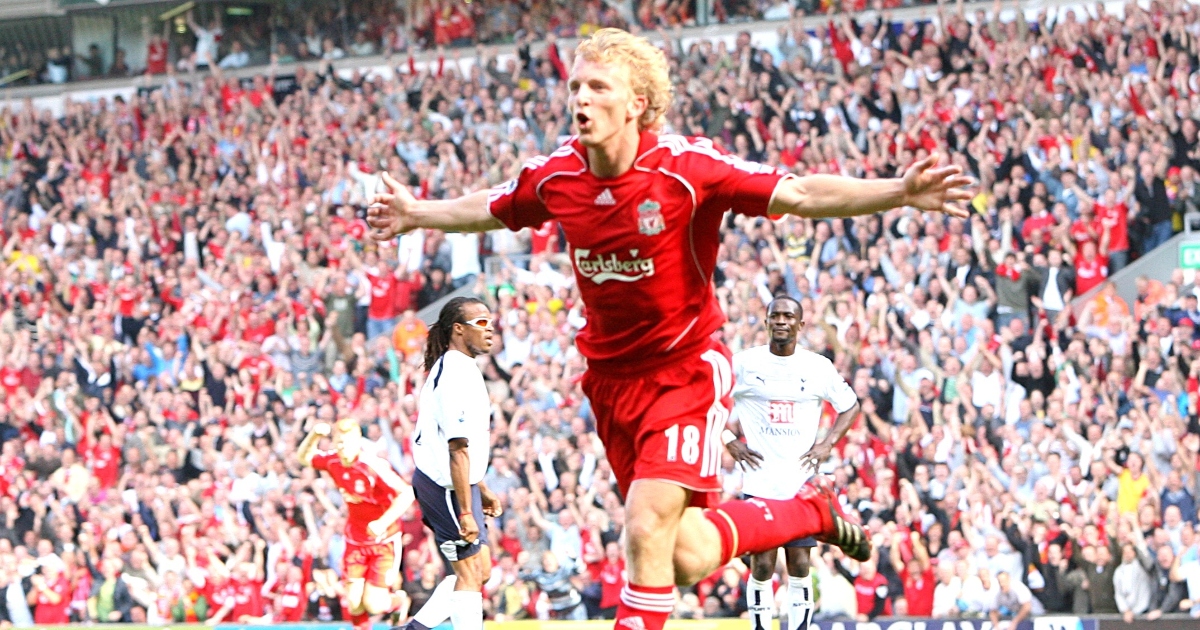 Was there a more frustrating player around this time than Babel? Answers on a postcard, please.

Blessed with immense talent, Babel flickered only briefly during his four years at Anfield with moments of brilliance sandwiched by long runs of indifferent form.

He’s popped up at clubs all over Europe since his departure in 2011, including a spell at Fulham with a bright red bonce, and now plays his football in Turkey with Galatasaray.