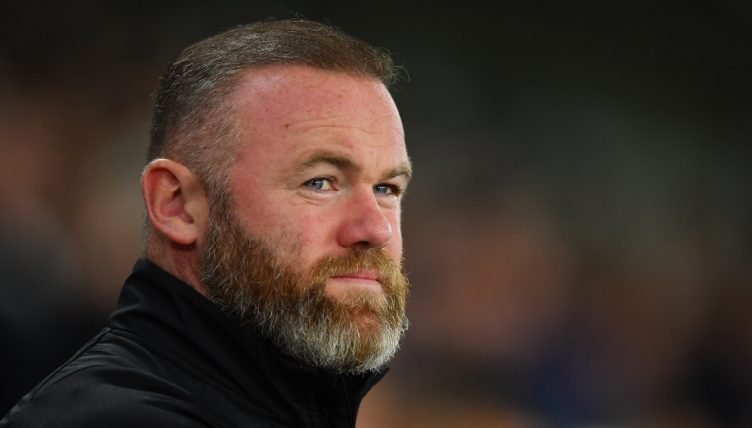 Wayne Rooney may be Manchester United and England’s record goalscorer but he’s currently struggling to keep Derby County in the Championship.

Rooney was appointed as interim manager at Derby in November 2020 and took the reigns on a permanent basis in January 2021. He kept the Championship club in the second tier last season but, after having 21 points deducted, it looks a tall ask to repeat the feat this season.

But this hasn’t stopped Rooney from attracting admirers for the way he’s handled a difficult situation at Derby and rumours are beginning to circulate that he could potentially replace Rafael Benitez at Everton.

We’ve identified 11 quotes about Rooney during his nascent managerial career.

“He’s had to put up with everything possible from a first job and people say becoming a good manager is all about experience,” Dawson told the Daily Express. “He can’t get any more experience with what he’s been through.

“A points deduction, not being able to sign players, being rock bottom and trying to still provide that belief. With Phil Jagielka and Curtis Davies he’s got a great spine in the defence and good characters. That can only help.

“I played with Rooney and against him. He has such incredible energy and just loves the game, and seemed like a kid playing in the park at times. Occasionally players who you think are going to go into management don’t and vice versa.

“It’s about getting the opportunities, and he got that at Derby thanks to being a player.”

Rooney made a good first impression at Derby, gaining 31 points from a possible 54 by mid-February 2021 and winning the praise of former Derby manager Steve McClaren.

McClaren, who managed England between 2006 and 2007, told talkSPORT: “He’s responsible for the team, the tactics, the results and he’s brought clarity.

“He manages the situation, he manages it very, very well. He delegates – he lets the coaches coach, he trusts his staff, he trusts his players and behind the scenes he’s got a fantastic knowledge of football.

“The great strength of Wayne is his emotional intelligence. The way he communicates with individuals around the training ground, with staff, the way that he changes the team, he talks to every player – if he’s not going to play them he’ll pull them in his office one-on-one and give them the reason why.

“He’s so honest yet so humble. He’s got a great way with people and it’s working. The players are responding, it’s brought clarity and it’s getting results.”

This is absolutely top class from Wayne Rooney.

The man is an icon of the game, he could easily walk away from Derby and get very little stick but instead, he gets a huge win and then comes out and says this. Superb.

United cult hero Park told Goal: “I believe Wayne can make it. He had great experiences from a very young age and he also had many difficult moments in his career that he overcame eventually.

“For sure, he has great leadership skills as well. So, I believe he can be United’s manager in the future.”

“Rooney has done the best he can with the resources he’s got,” said Parlour on talkSPORT in December 2021.

“He’s got Everton in his heart, that’s where he started his career. So that wouldn’t be a bad fit for me. I think that would probably work.”

Ferdinand was quoted by The Daily Mail as saying: “Rooney’s not scared of sharing his opinion, which is a good thing. He can be direct. He can be hard to read sometimes.

“He’s been very lucky. Not many people get to play under the managers he has, managers who have achieved so much.

“Ferguson, Van Gaal, Mourinho, Capello. Over the years he will have taken elements from their coaching styles.”

Olsen coached Rooney at DC United and told The Guardian in March 2021: “For the last few years he really started to change his focus and think about being a manager, how he’s going to formulate his own team.

“What I would say about Wayne is he’s football mad. He’s authentic. He was a great leader in the locker room and from my dealings with him he loves the chess aspect of the game.

“Those principles made him so successful throughout his career and give him a very good foundation.

“I look fondly on the time we had at DC United. In some ways, he pushed me as a manager – challenging me. He had a nice balance of asking questions and being inquisitive about the way I go about things or the league as a whole.

“He seemed to absolutely love the game – that’s a good place to start. He was always evaluating: ‘This is maybe what I would be doing in this scenario.’ He probably disagreed with a lot of what we did, but he always came in and trained at a very high level.”

“Having worked alongside Wayne Rooney at Derby, I think he’s done a steady job since he’s been in charge of the club,” he said.

“The amount of things going on behind the scenes that people don’t see; it seems every day you’re putting a fire out to keep the ship afloat. He’s gone through more in one year of management than some guys see in 10 years.

“It’s mad how football changes and things move so quickly, but Wayne’s an ambitious guy who wants to be coaching at a top level.

“He’s going into a different world now completely and while not all the best players have gone on to be the best managers, Wayne’s love of the game and his drive and attitude will give him every chance of being successful,” Moyes said when Rooney was revealed as Derby’s new manager in January 2021.

Wayne Rooney has been on the phone to some of his former managers seeking advice in his new role at Derbypic.twitter.com/Qg8NRZEb2u

Speaking with Derby’s official website in October 2021, Rosenior said: “The best thing I can say about Wayne is that he has been himself; he is always genuine and authentic to himself.

“He has had a lot of experience over his career both on and off the pitch, absolutely everything, but he has remained calm, measured and in control.

“Wayne is intelligent with people. He cares about them as well and he has been able to show that side to him in such a difficult time.

“He doesn’t change when he’s doing a press conference, when he is doing a team talk or when he is addressing the staff in terms of a tough moment when the club went into administration.”

“I think there is a mixture of different managers I’ve worked under, and I’ve always tried to spot their strengths,” Rooney told Sky Sports.

“But their weaknesses are just as important. The obvious one is Sir Alex and the way he managed each player individually and the way he kept them all eager and ready to play. That was incredible.

“Then there was Van Gaal who was more tactical, and the way he set the team up not to concede goals was incredible, but there was not so much from a tactical point of view going forward.

“Jose Mourinho was a winner, he would do anything to win. So it’s been different with all the managers I’ve worked under, and I can take bits from each one.

“But the thing I need to do is be myself, and manage my team and the players the way they feel they need to be managed – both from a team point of view and individually.”

Eagles, who played alongside Rooney at Manchester United, told The Guardian: “Wayne understood the game. If you watched him when he was at United, he was learning different positions.

“People will listen, respect him and [remember] how and where he played: centre-forward, No 10, midfield. He just knows what is happening. Wayne’s done everything in the game.

“He was very good at organising, things like that. You could always see it in him to become a manager because he’s good with people. A lot of management is about managing the players and Wayne’s definitely got that in him.”