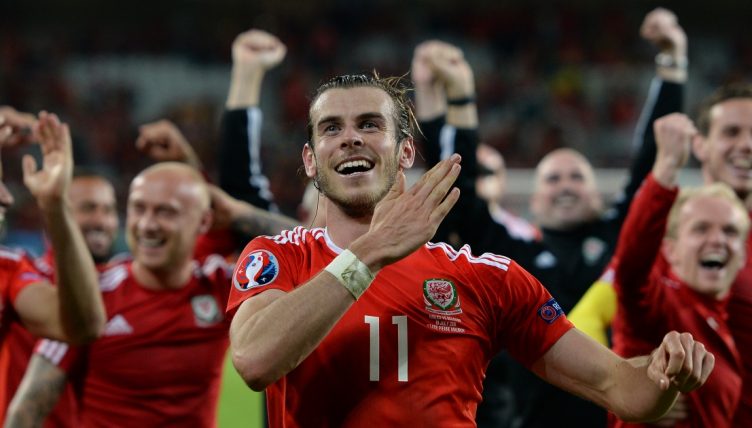 Much of the magic of Christmas lies in the build-up to the main event – the parties, wrapping presents and the introduction of exotic cheese into your daily diet.

The weeks before a major international tournament hold similar qualities. Kits are released, squads are chosen, wallcharts stuck up and Panini stickers collected for your 11-year-old cousin *cough cough*.

Part of the fun is also predicting how the tournament will pan out. Using knowledge from all the previews and podcasts on offer, many of us take a stab at mapping out each result all the way to the final itself.

This, of course, is a mug’s game. Predicting the outcome of one match is hard enough, let alone dozens of them involving teams only partially familiar to domestic audiences.

So I decided to do things differently. Instead of weighing up England’s attacking options or speculate whether Denmark are genuine dark horses, I used a random number generator to come up with a scoreline for each Euro 2020 match.

The results were quite startling…

The tournament starts with a minor shock as highly-fancied Turkey beat Italy 2-1 in the opening game. Having been edged out 1-0 by Switzerland in their opener, Wales produce a stunning performance and beat the Turks 3-0. Italy’s draw with Switzerland means all four teams can progress in the final round of games.

While a schizophrenic Turkey thrash Switzerland to win the group, Italy meet Wales in a winner-takes-all showdown. Against all pre-tournament odds, Wales emerge from Rome’s Stadio Olimpico with a 2-1 victory that knocks the Italians out.

Group B commences with some fairly predictable results – Belgium swatting aside Russia and Denmark, while Finland are outclassed by the same opponents. But the debutants turn the group on its head with a 1-0 win over De Bruyne, Hazard and co in the third match. That’s enough to squeeze Finland ahead of Russia, who are spanked 3-0 by group winners Denmark, and into the second round.

The weakest quartet on paper, Group C provides endless football fun. North Macedonia snatch a 2-2 draw with Austria in their inaugural tournament match and follow that with a 2-1 win over Ukraine. The Bucharest crowd immediately adopts the minnows and Goran Pandev becomes a cult hero across the continent.

Meanwhile, the Netherlands are struggling. After losing a five-goal thriller against Ukraine, they’re held to a 2-2 draw with an Austria side that stuns watching neutrals by being vaguely interesting.

Ukraine beat Austria to progress, while the North Macedonians travel to Amsterdam and dump Holland out with a 3-2 victory. Frank de Boer is sacked immediately after the final whistle and recriminations in the local coffee bars last well into 2022.

Who do you think will #EURO2020? Who will be top scorer? Where will England finish?@marksmithstuff asks @pete_farries and @scottallenutd for their predictions…

Highly-tipped before the tournament, England get off to their traditional stuttering start with a 1-1 draw against a wily Croatia. Scotland and the Czech Republic play out a goalless draw in their opener and everybody predicts that the two favourites will progress.

Not so. In keeping with a thrilling opening round, Group D turns on its head after the Czechs nudge past Croatia and Scotland sensationally beat England 3-2. Nicola Sturgeon instantly declares a national holiday and the independence movement gathers further momentum when the Scots eliminate Croatia with a 2-1 win at Hampden Park.

The feel-good factor surrounding England has vanished. Gareth Southgate shuffles his pack but can only manage another 1-1 draw against the Czech Republic. Having failed to win a game, the Three Lions exit the tournament in disgrace and football continues its 55-year hiatus abroad.

Group E is another to stubbornly refuses to run to form. Having both lost their openers, Spain and Poland face off knowing the loser will almost certainly be eliminated. Spain win 3-1 only to go down by the same scoreline against Slovakia. Like so often at major tournaments, Sweden slip under the radar but accumulate enough points to win the group.

France confirm their class by winning all their games in the Group of Death. Hungary finish bottom as expected, but not without taking a point from their final match. The crucial game, Portugal against Germany, ends in a 2-1 triumph for Joachim Low’s team that leaves them second. Portugal sneak through in third, just like in 2016.

The last 16 is usually the round where the remaining big teams flex their muscles and the fairytale stories from the group stages come to an end.

But another tie provides one of the greatest upsets in football history. Favourites France had been imperious in the group stages, but their hopes are vanquished as Finland beat them 3-1. Just like Iceland in 2016, the Finns have captured the hearts of watching neutrals and schoolchildren across Europe pretend they are Teemu Pukki in the playground.

Elsewhere, Spain beat Denmark on penalties after a rip-roaring 3-3 draw while the Czech Republic conquer Slovakia in the Danube derby. Sweden overpower Switzerland and Wales revive memories of 2016 with a brilliant 3-2 win over Ukraine.

Remember when Scotland nearly didn't get knocked out of the groups? @IainDoesJokes is praying for more of that glory at #EURO2020 🏴󠁧󠁢󠁳󠁣󠁴󠁿

Those who love penalty shoot-outs are in luck – of the four quarter-finals, only Germany‘s 2-1 win over Sweden doesn’t require them.

Finland‘s giant-slaying passage to the quarter-finals goes no further after defeat at the hands of the Czech Republic, and Belgium eliminate Portugal after a high-quality 2-2 draw.

But the story of the round comes from Wales. Nobody expected a repeat of their heroics in France, but joy erupts in Cardiff after beating Spain on penalties following a goalless draw. Gareth Bale is somehow even better than the last Euros and new icons like Danny Ward and Joe Rodon have become household names across Britain.

Wales is officially diagnosed with football fever as thousands descend upon Wembley for their semi-final against the Czech Republic. With both teams sensing a golden opportunity to make the final, a tight and tense game ensues.

With the game approaching extra-time, a late Bale winner sends Wales through to the final and has thousands of English fans frantically searching for Welsh ancestry.

The other semi is an instant classic. Germany and Belgium exchange goals and controversy during a see-saw encounter. Level at 3-3 after 120 minutes, the Germans inevitably win on penalties to set up a final precisely nobody had predicted.

#EURO2020 is about to start and we've got great news: @JimAndDaveFC have crunched all the numbers and it really is coming home! Well, maybe.

After a month of thrills, upsets and penalty shoot-outs, Germany and Wales face off at Wembley for the right to be crowned European champions.

It’s not a vintage final. The finalists exchange goals early on before settling into a two-hour grind that provides an unexpected ratings boost for Our Wild Adventures on BBC2.

A 1-1 stalemate leaves many resigned to Germany’s triumph on penalties. But they reckoned without the toaster-toed Timo Werner whose spot-kick is saved by Ward to hand the Henri Delaunay trophy to Wales.

Every member of the Welsh squad is given a knighthood and rugby union is officially relegated to second-class status in the principality.

So, you heard it here first. Time to put some money on Wales – they’re currently priced at 200-1.