Where are they now? West Ham’s last 10 Young Hammer of the Year winners 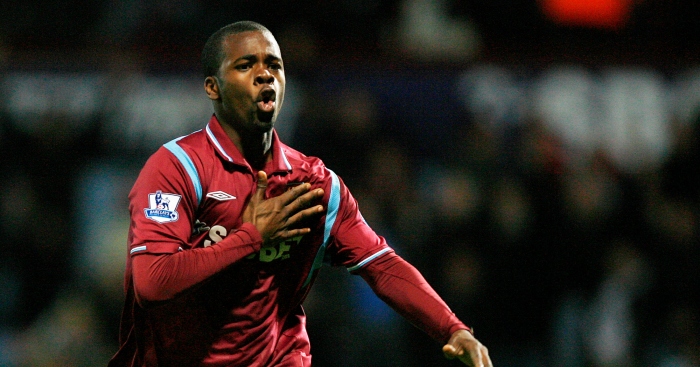 Nathan Holland is the latest recipient of West Ham‘s ‘Young Hammer of the Year’ award – but what has become of the previous 10 players to win it?

Holland was rewarded for a breakthrough season which saw him make his senior debut in September against Oxford United, who he went on to join on loan, in the Carabao Cup and then his Premier League debut against Wolves in December.

Here’s what the previous 10 winners of the award are up to now, with some extremely mixed fortunes.

Tomkins broke into the West Ham first team in the spring of 2008, thrust into action by Alan Curbishley for a tough Premier League game at Everton’s Goodison Park.

The centre-back, who joined the club aged eight, ended that season with six first-team appearances and had racked up more than 200 league games by the time he left for Crystal Palace in 2016.

Tomkins might have missed his chance to play for England, but he did at least feature for Team GB at the 2012 Olympics after helping lead West Ham back to the Premier League

One of the most talented players to come through the West Ham academy this century, many will tell you Collison would have been an all-time great were it not for injury.

After suffering a dislocated kneecap during his Young Hammer of the Year season, he returned to action the following campaign only to then miss 14 months, and a fit and firing Collison may well have helped keep West Ham up in 2011.

The Welsh midfielder was able to chip in the following season, scoring crucial goals in the play-offs, but was never the same again. He left West Ham in 2014 and retired from football altogether in 2016, aged just 27. 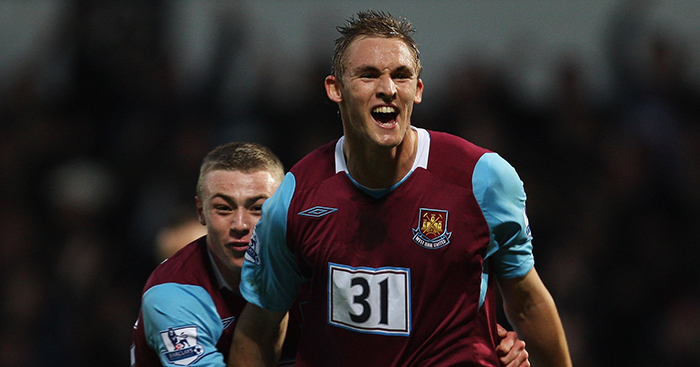 READ: Jack Collison: I was pretty much living my life on an ice machine

Teenage striker Hines burst onto the scene at West Ham, scoring on his debut for the club towards the end of Curbishley’s reign and then thriving under Gianfranco Zola,.

A goal against Millwall the following season endeared him to fans, as did a last-gasp winner in a league meeting with Aston Villa, but that would end up being his one and only goal in the Premier League.

Hines proceeded to move down the leagues, with a personal highlight coming in an appearance for Bradford City in the 2013 League Cup final, but he was forced to retire in early 2019 due to injury.

Sears might have played – and scored – for the first time in 2008, but it was three years later that his award finally arrived.

The pacy forward was just 18 when he netted on debut against Blackburn Rovers and scored his third (and last) for the club in a 5-1 FA Cup win over Burnley during the 2010-11 relegation season.

The Essex-born player left for Colchester in 2012 before earning a move to Championship side Ipswich, for whom he is closing in on 200 appearances. 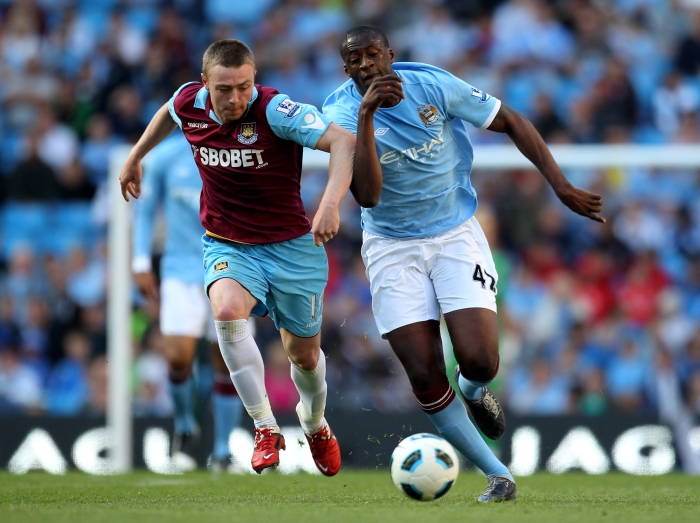 Another player whose career might have been different were it not for a serious injury, versatile defender Potts followed his dad Steve – a veteran of more than 500 Irons games – into the West Ham squad.

Potts the younger was just 17 when he made his debut, but his first-team future was put into jeopardy just a few months after his Young Hammer of the Year award when he suffered a nasty head injury during a Premier League game at Arsenal.

He played just three more times for the club before leaving to join Luton in 2015 and remains at the now-Championship club to this day.

Moncur, the son of former West Ham midfielder John, won his award after making his debut in a League Cup win over Crewe at the age of 19.

However, he would play just once more for the club, conceding a penalty in a notorious 5-0 FA Cup reverse at Nottingham Forest, and was soon shipped out to Colchester.

He linked up with Potts once more at Luton in January 2019, scoring six goals in the second half of the season after joining from Barnsley to help them to promotion.

Howes is the only member of this list to have never made a West Ham first-team appearance, but the goalkeeper effectively remained a Premier League player until 2019, spending a couple of years with Watford’s Under-23s after being let go by the Hammers in 2017.

Just 16 when he won the award, Howes would turn out once for the Under-23s in the Football League Trophy, in a starting line-up also including current first-teamer Grady Diangana, but never made the grade in east London.

He never played for Watford’s first team either and is now at Dorking. 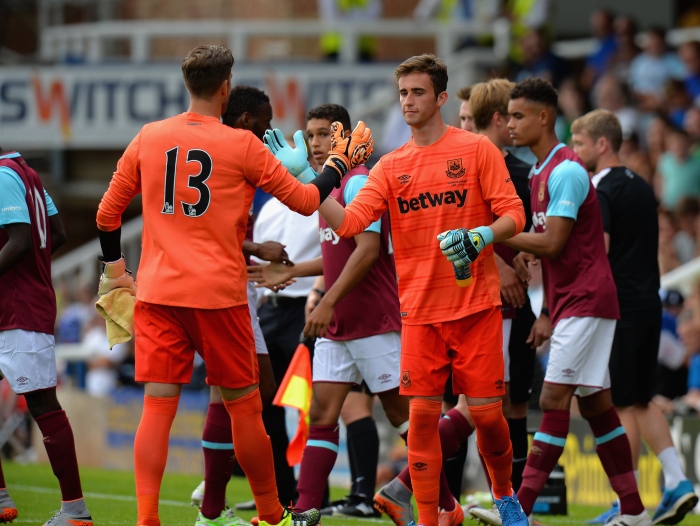 Burke was one of the few survivors from the 5-0 defeat at Forest, breaking into the first team towards the end of Sam Allardyce’s final season in charge and starting four games at centre-back in the 2014-15 campaign.

The defender even got a taste of European football, playing against Astra Giurgiu two seasons running, but spent most of the following campaigns out on loan.

He briefly returned to West Ham under David Moyes, scoring his only goal for the club to end the resistance of Shrewsbury Town in the FA Cup in January 2018, but he departed permanently for Hull City in a £1.5million deal at the end of that season.

Oxford seemed like a shoo-in for the award from the moment he starred in the win at Arsenal on the opening day of the 2015-16 season as a 16-year-old.

The versatile teenager made a further 16 appearances for West Ham over four seasons but spent time on loan at Reading, Borussia Monchengladbach and Augsburg before joining the latter on a permanent basis in 2019.

Already a bigger success story than many of the others in this list, Rice won his first award after making his Premier League debut in May 2017 and retained the title a year later after cementing himself in the first team under Moyes.

He won it for a third time in a row in 2019 after another impressive season which also saw him make his debut for England having previously represented the Republic of Ireland in three friendlies.