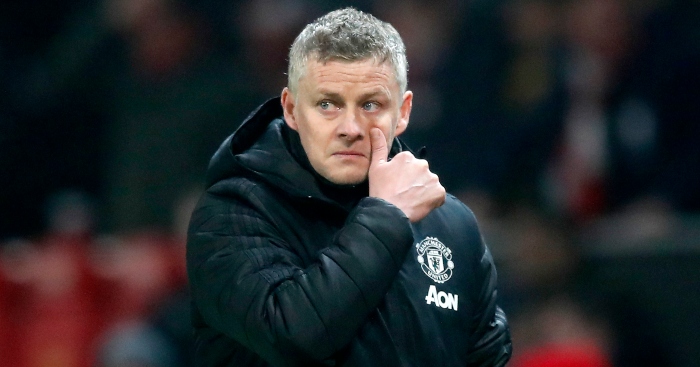 Ole Gunnar Solskjaer is under increasing scrutiny as Manchester United boss, and while he has the backing of a number of his former team-mates, some ex-players are beginning to question his credentials.

United have struggled ever since Solskjaer was given the job on a permanent basis last season, with the failings of those above him at Old Trafford also receiving plenty of criticism.

We’ve rounded up what 13 former United players have said about the Norwegian, ranging from support to stinging criticism.

“That performance tonight might do him [Solskjaer] a favour in the transfer market,” Scholes told Premier League Predictions after United’s 2-0 defeat to Burnley. “It might spur the club on to spend that few extra million on the players they’re looking at like Bruno Fernandes.

“It might get done tomorrow because of this. He needs more bodies in the building. He’s got some big injuries so he needs help. The club need to help him now. I fear for the next few weeks because the injured players aren’t coming back for a while. He’s stuck with these players for now unless they sign anyone.”

“The results would suggest not,” Ferdinand told BT Sport when asked whether Solskjaer is doing a good enough job. “I played with Ole and he is an ex-team-mate of mine. But you have to be honest and the results that have been churned out are not good enough.

“I will give him a bit of backing in one sense, he has a lot of injuries to big players. Scott McTominay was an outstanding player before he got injured. Paul Pogba is a big player and their most expensive player and now Marcus Rashford has gotten injured.

“Considering the amount of money which has been spent, you’d expect more to come out of it, though.”

Ferdinand added: “He has got to galvanise these players. He has to be in there with his management team and getting those experienced players to step up.

“He has to make people understand they are not going to be shrinking violets.”

🤦‍♂️ Now, though, he's fuming at the lack of quality in this @ManUtd squad, but who's to blame? Manager or whoever makes the signing?#MUNBUR #OleOut #MUFC pic.twitter.com/um42SdMX1B

“It’s a massive concern,” Neville told Match of the Day. “I think they’ve got to stick with him [Solskjaer].

“The squad to me looks light, it looks inexperienced, it looks weighed down by the expectation. I think they need two signings in this window to have any success this season.

“There’s bits I see from them that I think, ‘They’re heading in the right direction’. The youth side, the energy around the place. It’s just that lack of quality. United are where they are at this moment in time and people have got to accept it.”

In a fiery argument with Jamie Carragher in the Sky Sports studios following United’s defeat to Liverpool, Keane said: “I’ll make the point, the recruitment wasn’t up to it. That can’t be down to Ole, who’s bringing in the players? Your guess is as good as mine.

“I don’t know the structure of the club, but that’s not working. Recruitment can always be hit and miss, but they’re getting far too many wrong.”

“When I listen to Ole, he sounds like a really nice guy,” Van Persie told BT Sport after United were beaten by Arsenal on New Year’s Day. “I would like to see him a bit more mean at times, just be angry.

“I see him smiling now after a game like that. This is not the moment to smile.”

Van Persie added: “They need a gameplan and a bit of fear for the coach. You know if you don’t make those runs or make that pass, you will be punished and you won’t play the next game.”

“I think there is a change in the culture behind the scenes which is hard for fans to realise. I feel this season is more about auditioning for the players than the manager.

“That’s the challenge which has been laid out to them. The club will want to sign more players and I’m sure they will, so it’s a case of who wants to be here in the long-term.

“That’s the challenge for this season and they have to start realising that and responding.”

“I don’t think he’s [Solskjaer] got the players,” Giggs told beIN Sports after United were beaten by Liverpool at Anfield.

“He’s probably a couple of players short in actually changing that way of playing. You know, that No.10, that focal point, and also a midfielder.

“Whether Pogba is that, he’s been so inconsistent, obviously on his day he could be that player. But, they are missing a Grealish, a Maddison, a player like that really that could unlock the door.

“Because of the pace that we’ve got it suits the way that they play and also when you come up against good teams they like to dominate possession.”

Unlike many former United players, Ince has been a vocal critic of Solskjaer on a number of occasions, telling talkSPORT in October: “We know Ole is going to get criticised and will come under pressure because he’s not getting results but also because we’re not getting any signs that it’s going to improve.

“They could finish in the bottom half of the table. When I’m seeing Ole after the games saying, ‘we’re working hard, we’re working hard’, I keep thinking we just want to see what they’re actually working on.

“When I see the team I don’t see what they’re doing. I don’t see their patterns of play and I don’t see how they’re working from an attacking point of view, because they’re not creating chances – they’re not even having any shots.

Parker has sympathy with Solskjaer but, like Ince, is sceptical of the Norwegian’s credentials, telling talkSPORT in December: “All the stats say that he [Solskjaer] shouldn’t be in a job and other managers may have slightly better stats.

“I think I know and everyone else knows that he should be gone but I look at what can happen next and I don’t see any different that can happen from when Jose Mourinho arrived.

“It’s all about what’s happening above in and around that club. It’s still not a good environment for a top manager to come into. There needs to be a football-orientated person to take control of the buying and selling of players.”

Speaking after United were beaten by Bournemouth in November, Owen told Amazon Prime: “I’m a patient person myself, but if Klopp or if Guardiola were manager of Manchester United, then I’m certain you would have seen a huge improvement with what they’ve got.

“You name a player out of those two squads that hasn’t got better under the management, under the guidance of them.”

Schmeichel, however, disagreed with Owen on air, saying: “I think Klopp, he’s got very, very few players in his team that were there when he started. He’s got [Jordan] Henderson.

“Now, Guardiola in the first year wasn’t great, people forgot that. He changed the whole back five, he didn’t play [Vincent] Kompany in the second year, didn’t play him at all.

“Obviously he came back in the third year but he changed the whole back five, he bought players like Bernardo Silva in. He has changed that team a lot and it has taken him time to get to that point.

“Now, Ole’s starting point was nowhere near what Guardiola came into Manchester City with.”

“Is Ole safe? I think United made that really clear when they gave him the job last year,” Robson said in October. “They said they would give him time.

“The good thing with Ole is that the fans are right behind him as well.

“I believe three years is the time when you make the decision on whether your manager is doing well.

“They have hung their hat on Ole being the man for the job and reinvigorating their youth policy and developing more kids coming through.”

Neville has regularly pointed the figure at United’s hierarchy while insisting the problem at Old Trafford lies in the boardroom, most recently after the defeat at Anfield.

“I can’t change the ownership of United, no one can. I’m struggling to understand why the ownership have persisted in trusting that management team to oversee the building of a Premier League title-winning team since Sir Alex left,” Neville said on the Gary Neville Podcast.

“I saw a statistic two weeks ago that United have the second-highest wage bill in the world. And that’s the squad they’ve got. It’s unforgivable. It really is. I can’t believe the investment that’s been put into the squad in the last five, six, seven years and you end up with that out on the pitch.

“If you don’t lose your job for essentially overseeing that investment, that wage bill, and putting that team out on the pitch then I have to say something is really wrong.

“There’s real talent in that executive team … but in terms of what the club needed to do for a number of years now is put the best in class football operators into that club and they’re not doing it. They’re not doing it and it’s a mess.”