What 15 pundits have predicted about England’s World Cup chances 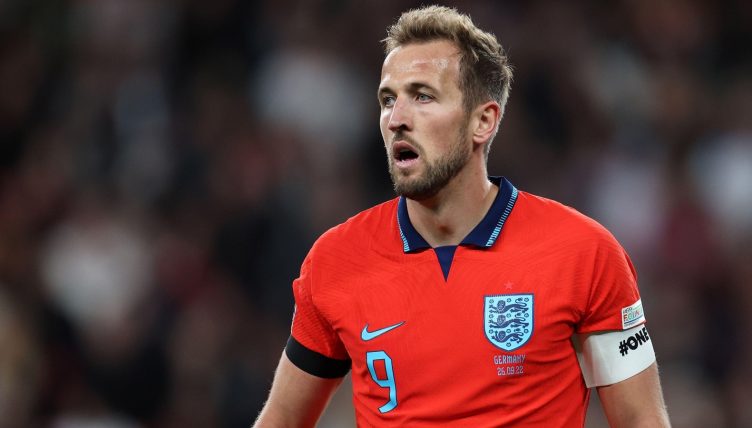 The 2022 World Cup is upon us and England will be hoping to lift the trophy for the first time since 1966 – but not many pundits are predicting that Gareth Southgate will bring it home next month.

Despite reaching the semi-finals in 2018, and losing in the final of Euro 2020, England go into the tournament on a bad run of form that saw them fail to win any of their six Nations League matches.

Key players like Harry Maguire and Raheem Sterling have been off-form, while Southgate lost Reece James to injury before naming his 26-man squad.

But England are still one of the favourites for World Cup glory and kick off their campaign against Iran on November 21.

We’ve rounded up what some of football’s biggest names have said about England’s chances of success in Qatar before the big kick-off.

Asked who he thought will win the World Cup by ITV, Neville replied: “I’m going to go for England! They’ve gone from semi-final, final, runner-up and now they are going to go one more.”

He went on to say: “I think they are on a growth over the last few years and I don’t buy into this idea that the Nations League performances are them.

“They played four games in the middle of summer that actually nobody was stimulated by and I think the two games they played recently against Italy and Germany are tough games that you can lose in any single year.

“I don’t see us doing what we have done in the previous two tournaments,” Shearer told the BBC. “Defensively we could struggle in the latter stages, against the big hitters.

“Harry Kane is the key, as he has been at all the tournaments we have done well at. If England are going to go deep in the tournament, he is going to have to score five or six goals again, and he will be looking to go back to back with World Cup Golden Boots.”

“England have shown they can get to the latter stages of big tournaments – we have good tournament experience now and we’d do well to get to the semi-final stages again,” Wright told ITV, where he’ll be covering the World Cup as a pundit.

“England will get to the quarter-finals and then anything can happen,” Ferdinand said when asked for his prediction by the BBC. “It’s going to be hard, though.

On a more positive note, the former England defender said: “I am excited for England because I want them to do well. We’ve been to a semi-final and a final under Southgate, so are we going to be able to go one step further now?”

“We’ve got a squad that has been building for a couple of years, they’ve had a couple of tournaments where they’ve had relative success and they’re getting stronger, in my opinion,” Lampard said.

“I think we can fairly put England as one of the favourites for the tournament, with the talent they have in the squad.

“I think it’ll be about momentum in the tournament itself, who gets through the group, who builds that confidence and momentum, and then that can take you all the way.”

“I’m really optimistic. I’ve got a lot of belief and confidence in the boys, I’m sure they’re extremely excited at the moment,” Gerrard told Sky Sports.

“I’m looking forward to going on a journey with them, now that I’m a fan and an ex-player. I’ve experienced where they are right now and I’m really looking forward to, hopefully, a positive start to build belief.

“They were millimetres away from winning the Euros, to get to a World Cup semi-final is a positive performance.

“I think if we get the right bits of luck and the right breaks, and keep the majority of the squad healthy, I’m confident we can go all the way.”

Steven Gerrard & Frank Lampard give their predictions for England at the World Cup pic.twitter.com/t8EMOVhRhG

Asked by BT Sport whether England would win the World Cup, Hoddle replied: “I think we’ll fall just short with the defensive frailties.”

“It’s about peaking at the right time. What’s gone on with England with the results at the moment is pretty negative, but I don’t see that as a problem.

“It’s not an easy group, it’s easier group than some others but Iran, Wales and America are really awkward teams to play against.

“They’re not going to play an open game of football; they’re going to defend deep and in numbers and it’s up to us to open them up and we’re not at our very best when we’re doing that.

“I see us getting through the group stages, but I think we’ll have a few hiccups, a few difficulties along the way because of that.”

“We might get to the quarter-finals or semi-finals but I don’t think we’ll win it,” Richards told the BBC.

“If you are going into a tournament with so many injuries and a lot of players out of form, plus some uncertainty over which system will work best, there are a lot of questions about the team.

“I am sure Southgate will sort a lot of it out, but there are better nations than us.”

Asked to summarise England’s prospects in one word, the former Manchester City defender said: “Cautious. That’s definitely the way I am feeling and that is probably going to be the way Southgate is going to play too.”

“Quarter-finals,” Sutton said on BT Sport. “I think they’ll probably meet France in the Quarter-finals and get walloped.”

“We can be like Brazil in 2002, who went into that World Cup in terrible form and with everyone writing them off but managed something special,” BBC pundit and former Lioness Scott said.

“Well, that’s the hope with England this time – it seems no-one has real expectations from this team despite being the only European team to reach the semi-finals in each of the past two major tournaments.

“Another semi-final, at least, is what I’m hoping for.” 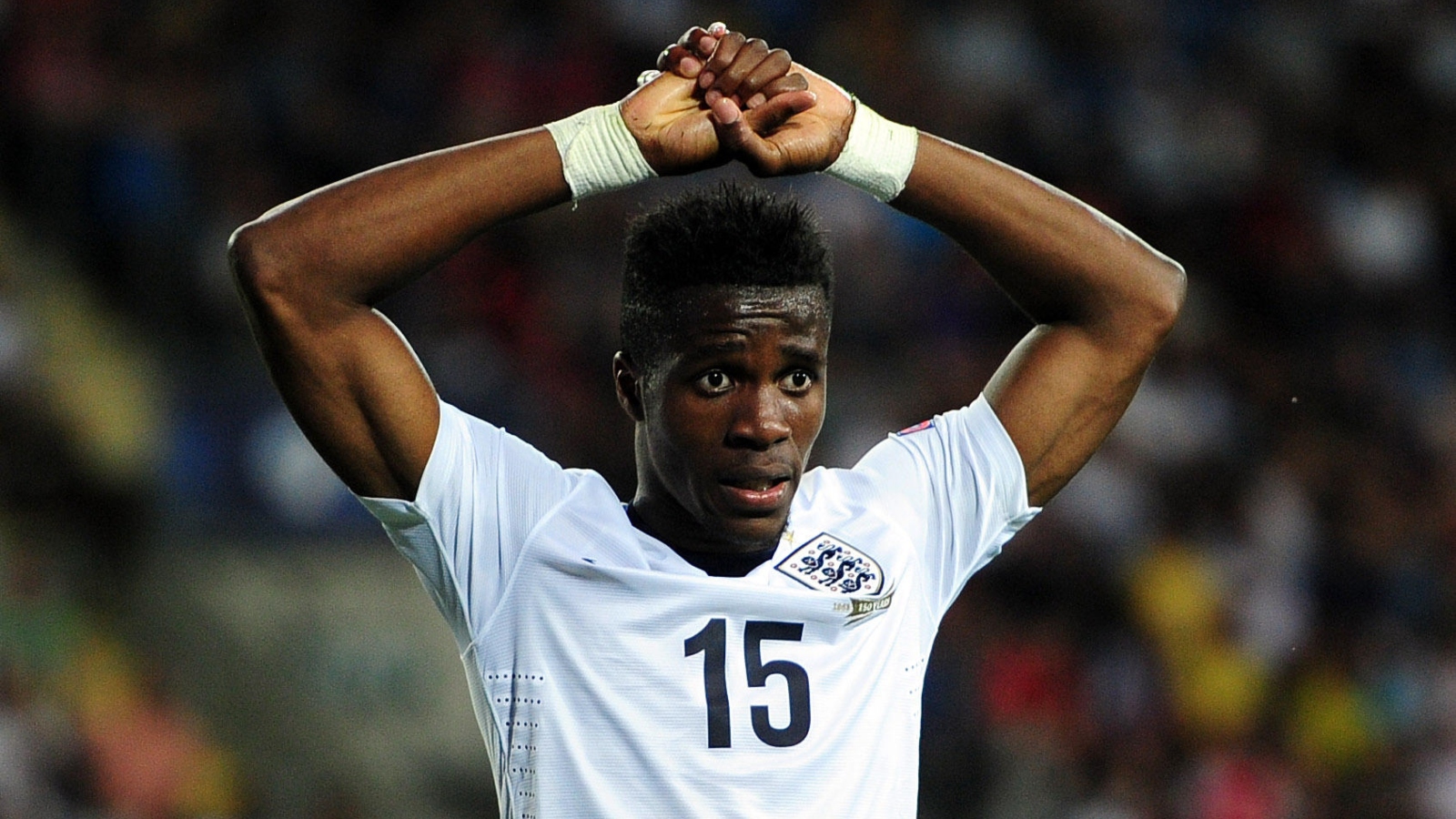 “To be honest, I wasn’t confident with anybody in [that centre-back selection],” former Lioness Carney said.

“I went with Maguire because as I mentioned in tournament football, with the opening game, also his relationship with Pickford and Stones.

“Every game at the Euros I was behind the goal for England so I watched how they communicated and how they worked – he hasn’t been great, we can’t hide that. But we have to back him.”

“I think England’s performance in the Nations League has dampened everybody’s expectations,” Redknapp said on Sky Sports after predicting a quarter-final elimination.

“I just hope I’m wrong and we get a bit of momentum and start to play. I hope we can get that belief and real confidence in these players, then anything is possible because I do believe it’s a wide-open tournament.”

“We have the quality to get to the semi-finals – it is just whether we can gain that confidence in the group stages,” BBC pundit Jenas told his employer.

“If we scrape through the group, I don’t see us getting past the quarter-finals.”

“England will match 2018, and reach the last four,” Green told the BBC.

Asked how far England will go, Akinfenwa replied: “All the way. It will be an England vs Senegal final.” Now that’s ambitious.