What Smalling, Pedro, Santon and Mkhitaryan have said about Mourinho 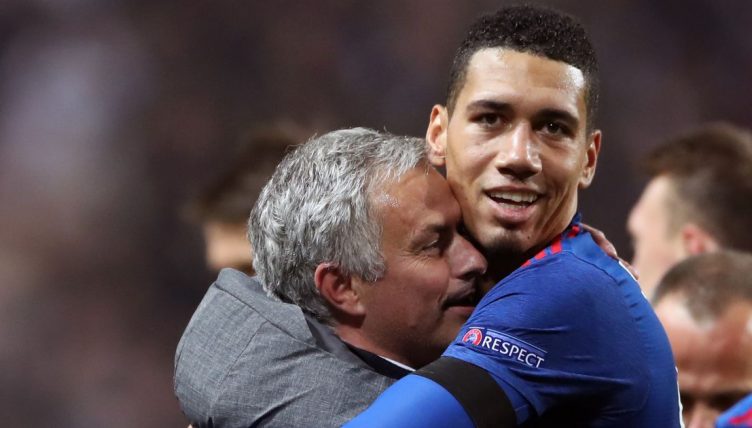 Having been sacked by Tottenham, Jose Mourinho is set to take over as manager of Roma next season and will be reunited with a few familiar faces.

Mourinho has previously worked with Chris Smalling, Henrikh Mkhitaryan, Davide Santon and Pedro, who are all currently playing for the Serie A side.

We’ve taken a look at what the four players have said about Mourinho and what the manager has said about them.

– “I was not happy with his last performances,” Mourinho said after benching Mkhitaryan in November 2017.” I’m not speaking about one or two, I’m speaking about three, four or five. He started the season very well and after that, step by step, he was disappearing.

“His performance levels in terms of goalscoring and assists, pressing, recovering the ball high up the pitch, bringing the team with him as a No.10, were decreasing.

– “I believe Mkhi is going to be even better than he was with us,” Mourinho said after the Mkhitaryan and Alexis Sanchez swap deal in January 2018.

“With one and a half years in England, adapted, knows, Arsenal play the way they think, I think is a good move for everybody, that’s why I’m also happy for Mkhi.

“Could he perform better with us, could I take more from his talent, maybe, could he give a little more also to adapt to us, maybe but I don’t think regrets, he’s in our history, so good feeling for everybody and a very specific transfer between rivals in a big country which I have to say must happen more times.”

– “At that time, he was one of the most successful coaches in the world,” Mkhitaryan told The Athletic in 2021.

“I think he was the coach with the most trophies. So that was a different experience. It was very hard but I learned a lot as well. I learned how to defend, how to help the team.

“It was not only about scoring goals and making assists. It was more about the team winning so it doesn’t matter who scored, we had to win together.

“It didn’t matter who made the assist, we must always be happy that we won the game.”

– “[My relationship] with Mourinho was the most complicated in my career; he is a winner by nature,” Mkhitaryan told Yevgeny Savin in 2020.

“He wants you to win and you do what he asks you, it is difficult for anyone. There were differences and conflicts, but they did not have a big impact on the hard work we did and the three trophies we won.”

-“Arsenal have always played offensive football,” Mkhitaryan said in 2018. “Under Jose, the [United] team was playing a bit differently. But I’m not blaming anyone, I’m not criticising anyone, it’s just a different philosophy.

“I can just say I’m enjoying myself more here than I was in Manchester.” 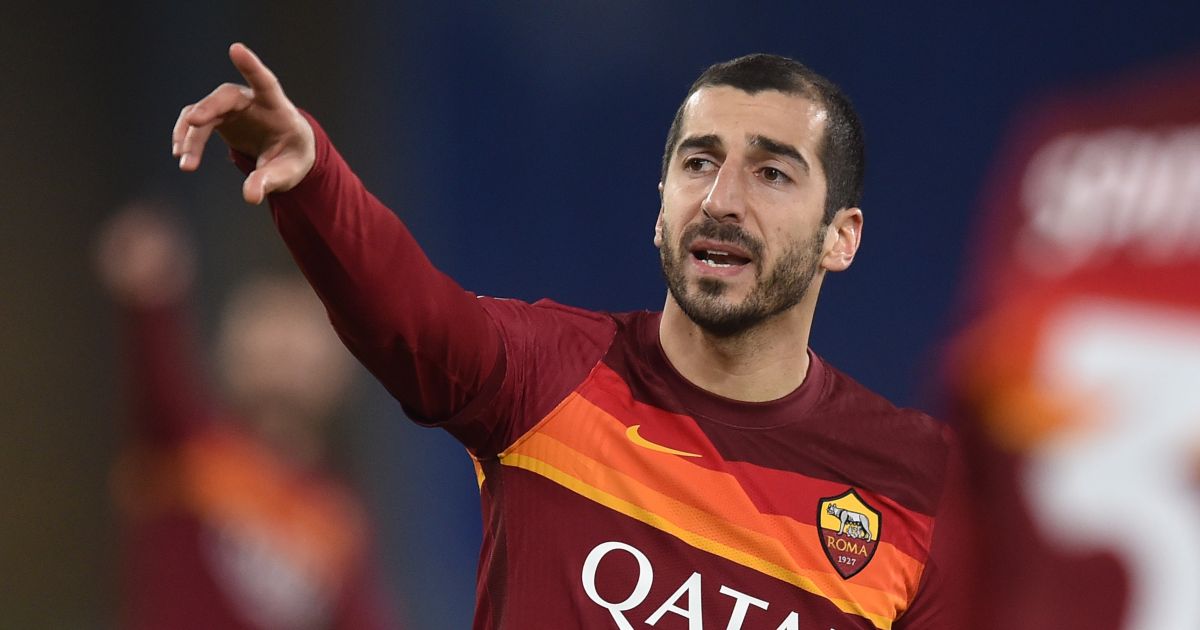 – “I want to say (some of the players) were influenced by some culture issues, influenced by a situation that has been going on for a few years,” Mourinho said after Smalling missed a game against Swansea City in 2016 with an injury.

“There is a difference between the brave, who want to be there at any cost, and the ones for whom a little pain can make a difference. Of course, it is not just the players, it is the people that surround the players.”

“It’s a profile, it’s the philosophy of work. Just that.”

– “You can take positives from it in that the manager wants you out on that pitch,” Smalling told Sky Sports News in 2017. “He wants you to represent him and be that fighter and warrior for him.

“Obviously with a knee injury there are certain protocols that need to happen. With the medical staff and with the coaches, we are pushing all the time.

“As players we don’t want to be sitting on the touchline or watching the games in the directors’ box. That is no fun. We have pushed as much as we can and I am glad to be back.

“We speak very closely with the manager and we have got a got a very good relationship. All throughout my injury we spoke about the process and when I would be back so it is good that the manager wants you because ultimately he has got that decision of whether you play or not.”

– “No, it’s just professional,” Smalling said in 2017 after being asked if Mourinho had apologised to him. “All of us are professionals and no player wants not to play. That was all just (him being) professional – get on with the rehab and then get out as quickly as you can.

“I think that was directed at everybody. We had a lot of injuries at that time and he was frustrated that quite a lot of players weren’t available. He knew the picture in terms of liaising with the medical staff and he was just frustrated, the same as us players who wanted to be on the pitch.”

“For a player like him, loved at that club and who loves the club, to want to leave because he is looking for something more for his career… that is an evident sign of ambition.

“He wants to play every game. He’s won everything playing with Messi, Iniesta, all these stars. But he wants more, and I’m really happy with that kind of attitude. He comes to play and try and win, and try to enjoy, and not to have a holiday.”

– “He’s a very good player,” Mourinho said after Pedro’s Chelsea debut. “There is always a question mark because how many top players come to England and don’t perform immediately?

“People ask if he is the right player, can he adapt? We have examples in our club and there are lots of examples in other clubs, it’s very nice for him to perform the way he did.”

– “My transfer to Chelsea was done within a couple of days. It all started with a call from Cesc (Fabregas),” Pedro said after joining Chelsea.

“Mourinho then gave me a call and that helped me make a decision. Mourinho made me feel important and gave me confidence.

“The past is there and there are people who will not forgive what happened (between Mourinho and Barcelona), but athletes have a different way of valuing things.

“The truth is that one has an image of him that when you know him, changes a lot. It’s not what it seems.

“I like the way Mourinho works. I feel comfortable. He has a positive and winning mentality. I am delighted because I like nothing better than winning.”

– “He is very different face-to-face,” Pedro told Marca in 2015. “He treats you like one of his family. He values and respects his players and demands much from them.” 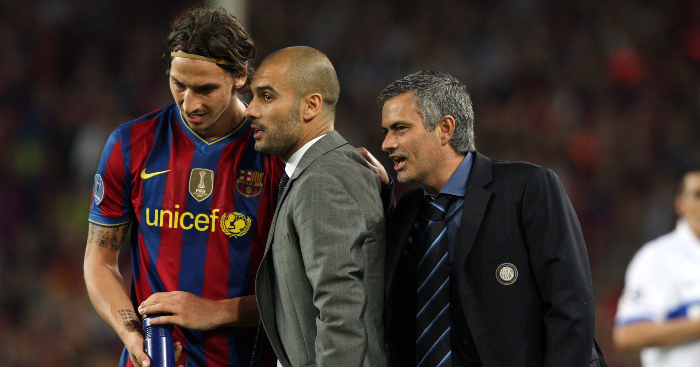 “Santon is a phenomenon, and after seeing him against Roma in the reverse, I knew he was able to play against any team, even against the champions of Europe,” Mourinho told Sky Sport Italia in 2009.

“He just needed a coach who could trust him. I think that he can become the new [Paulo] Maldini, [Javier] Zanetti or [Giacinto] Facchetti for Inter over the next 10-15 years.”

– “Jose Mourinho had a big influence on my career at Inter Milan,” Santon said in 2012. “It was Mourinho who switched me from being an attacker to a defender. I was only 18 and had never played in that position before.

“I am now OK playing either side of the back four. When Mourinho first switched me, I played at left-back but then when I went to play for the Italian national side I played at right-back. But I’m happy either side.

“Mourinho had faith in me to put me in that position and in the Inter first-team squad. I owe him a lot for pointing me in the right direction.

“It was a great experience working with Jose Mourinho and I will always thank him for what he did. I had some great times at Inter playing in the Champions League and winning the Milan derby against AC when David Beckham was my opponent as well as graduating to the full Italian national side.”

– “I was so young that Jose Mourinho treated me like a son,” Santon said in 2017. “At a press conference, he called me ‘the baby’ and from there everything went off and everyone called me that.”