What the papers are saying about Chelsea 4-1 Arsenal: Ozil, Sarri & more 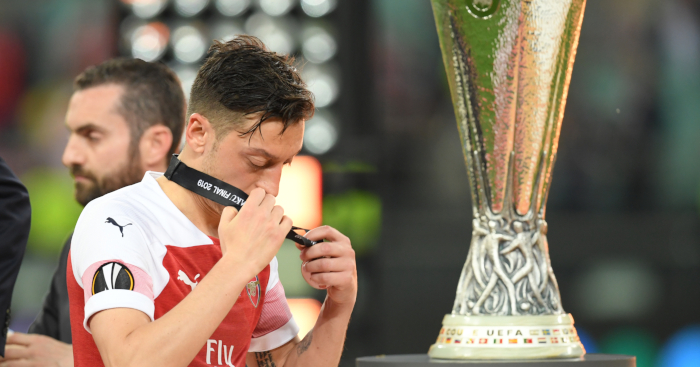 There were plenty of storylines to give sportswriters plenty to mull over after Chelsea beat Arsenal 4-1 in the Europa League final on Wednesday night.

We’ve rounded up what’s been written about some of the key talking points from the game.

“A decade ago, Cristiano Ronaldo made his farewell appearance for Manchester United in a European final — the Champions League final against Barcelona in Rome. Already bound for Real, the Portugal forward tried his luck from distance three times in the opening minutes, as if desperate to ensure that this would go down as the Ronaldo final. (It did not; it might be more commonly remembered as the Messi final.)

“There was none of that with Hazard last night. He just played his normal game — the same way he always does, as if he was back in the playground La Louvière, running rings around the bigger kids. Those little shimmies, the change of pace, that little roulette turn in the first half and the way he drifted away from Lucas Torreira and Granit Xhaka in quick succession in the second.

“How Premier League audiences will miss him if or when he goes. How opposing defenders will bid him good riddance.” – Oliver Kay, The Times

Chelsea's César Azpilicueta on Eden Hazard: 'He has never been a selfish person. He always had his dream to play for Real Madrid, but we'll see what happens. He has been amazing for us, I hope he still wins trophies in Real Madrid' pic.twitter.com/KTxwmSN8ut

“This was a chance to rediscover the magic, the ideal occasion for Mesut Ozil to become more than just another talented Arsenal player in a moderately successful team and remind the world of the talent in his feet.

“The big games bring out the best in the big names. They inspire something in those who believe they were born for these moments. Ozil did not take it, he did not look like that player. At the age of 30, the former Germany international may never do so again.

“He and Arsenal will be back in the Europa League next season. That is where they belong. A good team but not a brilliant one. They are capable of beating many teams, Ozil can still dominate lots of players, but not the elite. Not anymore.” – Luke Edwards, The Telegraph

“It would be ludicrous to expect Sarri to have a team full functioning in his image after just a year, akin to sacking Michelangelo a year into painting the ceiling of the Sistine Chapel because it wasn’t done yet. But then, if it had turned out Michelangelo couldn’t do hands, dismissing him would be justified.

“There is a school of thought that Sarri’s football cannot function to the very highest level in the Premier League and, if that is what the board have decided, the Juventus offer could be a convenient way of offloading him without appearing impatient.” – Jonathan Wilson, The Guardian 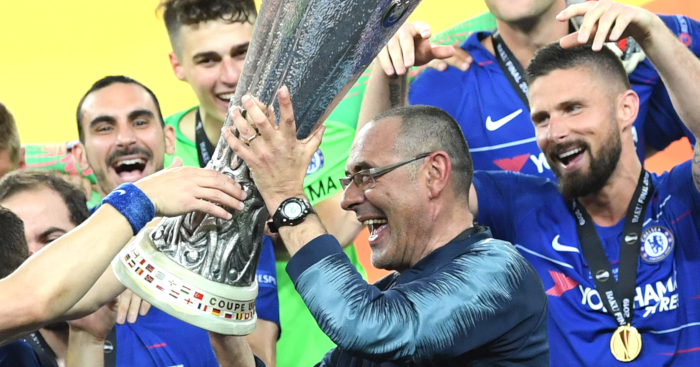 READ: Ranking every Chelsea manager of the Roman Abramovich era

“Emery looked devastated. One of his big ideas was to make his team more competitive but they looked lost once the game tilted away. Belief was completely drained. He had spoken repetitively during the season about chasing two routes back into the Champions League but his team fell at the last in both.

“They were in a strong position to finish in the top four of the Premier League only to crumble in the home straight – ending up a mere two points off third place exemplifies how one more positive result could have made a difference but they flunked four of their last five games in the run-in. The way they disintegrated in Baku, when they had so much to gain, reflected how the pressure ate at them and left them unable to rally when things started to go wrong.

“In the post-Wenger world Emery talks a lot about his process but signals are needed along the way, positive signs and milestones that demonstrate progress as well as process. This was an Arsenal flop where familiar old failings came to the fore.” – Amy Lawrence, The Guardian

We wrote about him, look.

“And this final was probably the most fitting way for a campaign this odd to end. Everything, from the massive gap between the pitch and the stands to the three-quarter-full stadium to the leisurely pace of the game before the break, made this feel more like a preseason friendly.

“The first half was so boring that the ‘highlights’ package at the break featured the managers shaking hands. About 10 minutes into the second half, a banner was unfurled in the stands with a message to UEFA written in big letters. Would this be the big protest against the staging of the final in a remote and geopolitically charged location? No, the banner read: ‘We are part of football. Thanks to UEFA for the final.’ Curiouser and curiouser.

“At the end, UEFA bragged that the official attendance of 51,370 was the “third highest ever” for a Europa League final. A slightly less impressive way of putting it would be to point out that some 12,000 more people watched the last time Arsenal played in this stadium, against Qarabag in the group stages.” – Nick Miller, ESPN