What’s the best XI you can make of 11 nationalities who played for your club? 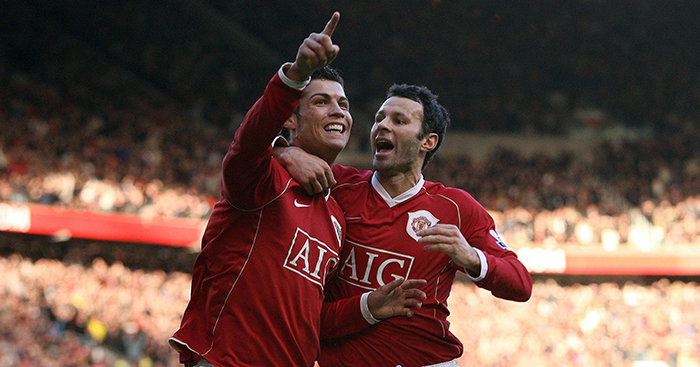 People on Twitter have been picking best XIs of 11 different nationalities they’ve seen play for their club – and we had to have a go ourselves.

There are only three of us working from home in our pants at the moment – a Stoke fan, a Leeds fan and a Manchester United fan – but we all found it a lot more difficult than we expected. Use your Englishman wisely would be our advice.

Have a read of the teams we’ve picked for our clubs then send us yours on Twitter @planetfutebol.

The three behind the striker picked itself – the BMX trio of Arnautovic, Bojan and Shaqiri played together during the greatest period of football I’ve ever seen – and Fuller is by far my favourite ever Stoke player so completes a sexy front four.

N’Zonzi is comfortably the best midfielder we’ve had during my 25 years watching, and it was a straight choice between Whelan and Delap alongside him, but it was a lot more difficult at back. Sorensen and Faye were straightforward enough, but Huth or Shawcross was a tough call.

I went for the former on the basis that my best non-English right-back option was Mikael Hansson, who was ace but only played for us in the third tier. That also meant Erik Pieters was a shoo-in at left-back, with Andy Griffin out of the equation.

Is it the best team on this page? It’s not for me to say, but as the editor, yes.

I’ve probably picked the second-best Danish goalkeeper I’ve seen play for Leeds, but Ankergren was certainly more likeable than Kasper Schmeichel, who hardly pulled up any trees for the club anyway.

Full-backs were a difficult position, but Berardi and Alioski complete a back four who are all quite mental in their own endearing ways. Using my English spot on an actual (sort of) World Cup-winning captain in Cook seems a no brainer. Sadly I only starting supporting Leeds after the Champions League glory days, otherwise David Batty would have been in there instead to complete a central midfield of pure shithousery next to Klich.

Every good Leeds team needs a Scottish talisman, with Snodgrass edging out Ross McCormack to fill that particular void, while having an Argentinian goalscoring god in League One will always remain wonderful, so Becchio is the obvious choice up front.

As the youngest writer on the team, Schmeichel was before my era so that left me with a choice between De Gea and Edwin van der Sar. The latter may have a better CV, but the Spaniard has single-handedly prevented the post-Fergie years from being a complete disaster.

It was tough leaving out Rio Ferdinand, but I had to use my English spot on Paul Scholes while Rafael, Vidic and Evra were obvious picks at the back.

Unfortunately, I missed out on their peak years, but I still witnessed plenty of incredible performances from Keane, Scholes and Giggs.

Cristiano Ronaldo was the first player I idolised as a kid and his development into the best footballer in the world in 2007-08 was amazing to watch.

United have been blessed with some incredible strikers over the years, but Van Nistelrooy was the ultimate goal machine and a partnership with the stylish Berbatov would’ve been great to watch.

10 things we loved this weekend: Rashford, Robertson, Zaha and more