Four times Mourinho called his players weak & what happened next 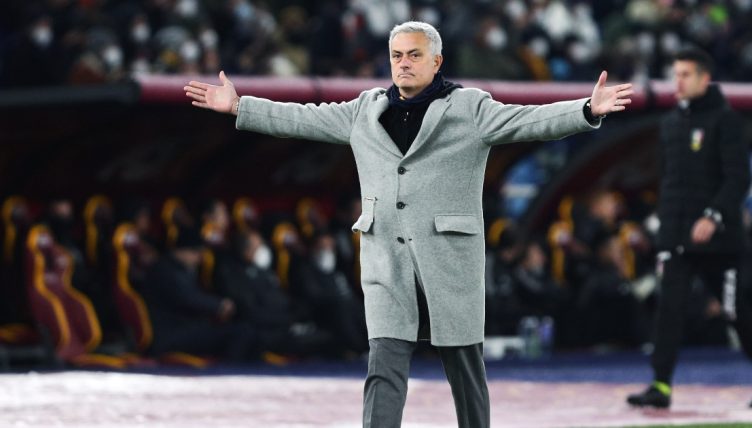 Jose Mourinho is about as combative a personality as you can find in world football, so it’s no surprise that he hasn’t changed since taking over the Roma job.

Following their shocking collapse against Juventus in Serie A, where they fumbled a 3-1 lead to lose 4-3, Mourinho blasted his side in his customary manner.

He declared that his Roma team was mentally weak and lacked personality, but it is not the first time he has launched such public accusations at a team he managed.

We’ve taken a look at the times when he has publicly criticised his teams’ mental fortitude.

Mourinho and Chelsea were a match made in heaven… until they weren’t.

In his second season in his second stint, Mourinho managed Chelsea to the League Cup and the Premier League title but at the start of his third season, things went downhill rapidly.

It all began with his very public criticism of club doctor Eva Carneiro for treating Eden Hazard on the pitch in the final few moments of a game, and results never picked up.

Publicly his dismay at his side’s mentality did not emerge until after his sacking, but privately it started much earlier.

Chelsea’s technical director went on record saying the huge huge rift the Portuguese man engineered with key players was a major factor in his sacking.

Sources close to Mourinho concurred that he felt his players had effectively thrown him under the bus.

Mourinho reportedly viewed them as “mentally weak” and privately slated them for being unable to cope with the downturn in form, saying he felt his hard work had been “betrayed.”

For a fairly private falling out at Chelsea, things became public very quickly at Manchester United.

In his first season, he was already open about criticising his players, especially left-back Luke Shaw.

“I was making every decision for him [Shaw],” Mourinho said after one match. “He has to change his football brain…he cannot continue to play with my brain.”

Frustrated at the fact his side was nowhere near the top four in his first campaign, Mourinho went in on his team’s mentality.

“I didn’t know that some players need time to live with this (being a United player), because it must be part of your natural habitat,” he said on another occasion.

It all contributed massively to his falling out with the United squad, leading to a downturn in results that eventually got the Portuguese manager sacked halfway through his third season.

The beginning of Mourinho’s first full season with Spurs made it seem as if he had won back his mojo.

Spurs were all of a sudden looking like serious title contenders, but Mourinho was wary of reverting to their old ‘Spursy’ ways.

When they lost a 3-0 lead to West Ham in 10 minutes to draw the match 3-3 thanks to THAT Manuel Lanzini goal, he immediately criticised his team in public.

“To lose an advantage of three goals is a big punishment and eventually deserved,” he said. “My guys were not strong enough to cope with it psychologically. We should be stronger.”

Things didn’t immediately take a turn for the worse results-wise, but it was a precursor for what was to come.

When results dipped he said his side were “hiding” and reportedly slammed his team to the point where they stopped playing for him.

After he was sacked, he apparently spoke to the players frankly for four hours, criticising them and delivering “home truths”.

Mourinho has not shied away from calling out his Roma players in his short time as manager, going in on his side after their collapse against Juventus.

“The fear set in. A psychological complex. It’s not a problem for me having 3-2, it’s a problem for them. For my team.” Mourinho said, explaining the collapse.

“At the end of the day, when you’re in the shit, you get back on your feet and find your character. But there are people in this locker room who are a bit too nice, a bit too weak.”

“I told the guys that it’s them who has to move closer to me, it’s not me who has to become similar to their psychological profile. I don’t want to.”

It was a public slating that hit all the usual buzz words from Mourinho. But will the fallout be the same again?

Roma were cruising to victory but Juventus strike three times in seven minutes to take the lead! ⚫️⚪️

José Mourinho must be LIVID! 👀 pic.twitter.com/JI2c6sqL1e

The 18 players Mourinho let leave Man Utd – & who replaced them