Where are they now? 14 wonderkids from FIFA 15: Depay, Januzaj, Shaw 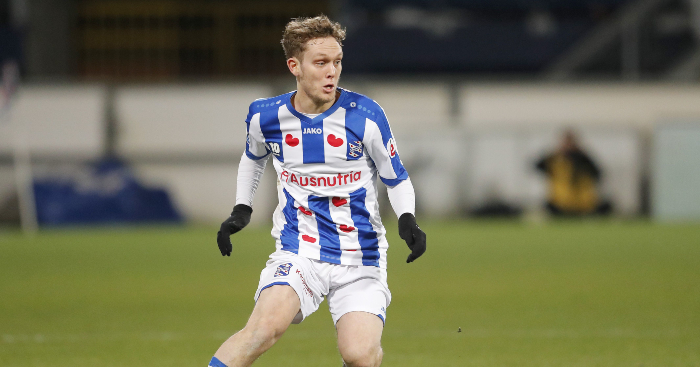 Apart from looking into a crystal ball, playing FIFA is often the best way to discover who may be the next big thing in world football.

While the game has correctly predicted the future success of several superstars over the years, not every player lives up to their potential.

After the Twitter page Football Talent Scout identified the 14 teenagers with the highest potential in FIFA 15, we’ve decided to look at how these players have fared since.

After moving to Monaco in 2017, his career appeared in danger of stalling; France Football named Tielemans in their lists of the biggest flops of the 2017-18 season.

Happily, the midfielder has blossomed at Leicester City and has become a vital member of the Belgium national side.

Talisman, enigmatic talent, freestyle rapper – Depay* has been royally entertaining us for many a year now. Bring him back, Ole?

READ: Memphis Depay crushed a teenager’s soul just because it would be fun

With Manchester City’s fragile defence resting on his shoulders, it’s safe to say Laporte has developed into a top-class centre-back.

The former France Under-21 international made 220 appearances for Athletic Bilbao before moving to Manchester in January 2018. In 2019, Laporte was part of the City side that won English football’s first-ever domestic treble.

Called up by Italy senior coach Cesare Prandelli to join two training camps ahead of the 2014 World Cup, expectations surrounding Scuffet were high.

However, the goalkeeper has not quite lived up to the billing. Loan spells at Como, Kasimpasa and Spezia have not resulted in Scuffet becoming Udinese’s No.1 in goal.

With Gianluigi Donnarumma now firmly established as Buffon’s replacement for Italy, it would seem as if the uncapped Scuffet’s time has passed.

After making his debut for Germany in May 2014, two months before they became world champions, Meyer was tipped to be a crucial component of Die Mannschaft’s period of dominance.

Alas, things didn’t work out this way. After impressing as an attacking midfielder for Schalke, Meyer’s role became increasingly defensive, prompting him to criticise the club’s sporting director Christian Heidel. As a result, Mayer made the move to Crystal Palace in 2018.

Hailed as a coup, the free transfer has made 56 appearances for the club and scored two goals. However, Meyer is currently out of favour at Selhurst Park, embodying a career that hasn’t quite reached the heights once expected.

In 2014, Januzaj was considered United’s next big star. Seen as the one positive from David Moyes’ disastrous season at Old Trafford, the young winger scored four goals in 35 appearances during the 2013-14 season and had been nominated for the BBC’s Young Sports Personality of the Year.

Unfortunately, Louis van Gaal was less enamored by Januzaj than his predecessor. His appearances began to dwindle and a loan spell at Borussia Dortmund followed. In a prime example of diminishing returns, his next tempoary move was to Sunderland.

These days, Januzaj turns out for Real Sociedad, where he has scored 16 goals in 90 appearances for club since joining in 2017. 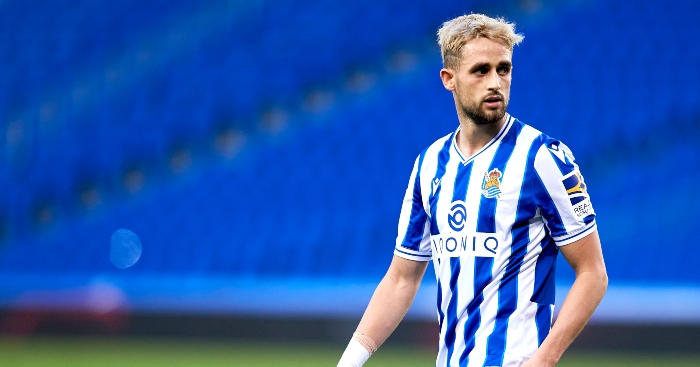 READ: Adnan Januzaj showed he can still be a magician with his audacious attempt

Considering Halilovic recently joined Birmingham City, it would take extreme mental gymnatsics to argue he has lived up to his FIFA 15 billing.

After joining Barcelona in 2014, Halilovic only made one senior appearance for the club, which came in the Copa del Rey.

Since then, the Croatia midfielder has seen more of Western Europe than an eager student with an unlimited rail pass. He has represented *takes breath* Sporting Gijon, Hamburg, Las Palmas, AC Milan, Standard Liege and Herenveen before signing for Aitor Karanka’s Championship side in November 2020.

In June 2014, Correra was sidelined for six months due to a heart tumour. It’s safe to say life has improved significantly since.

After making his debut for Aleti in 2015, the winger has made 242 appearances for Diego Simeone’s side, winning 12 caps for Argentina in the process.

Having had his playing style compared to Sergio Aguero and Carlos Tevez, Correra has forged a successful career at one of Europe’s elite teams.

Seeing as Zivkovic currently plays in China for Guangzhou R&F, via a totally forgettable loan spell at Sheffield United, FIFA missed the target a little with this prediction.

Zivkovic only scored two goals for Ajax, both in the 2014-15 season, and spent time playing in Holland and Belgium before moving to Chinese side Changchun Yatai in 2019.

Brandt spent the period between 2014 and 2019 as Leverkusen’s main man, scoring 41 goals in 241 appearances for the club.

Having also been named in Germany’s Euro 2016 and 2018 World Cup squads, the attacking midfielder joined Dortmund’s plethora of talent for the 2019-20 season.

While the competition for places is tough, Brandt made over 40 appearances for Dortmund last season and caught our eye with his sumptuous penchant for pre-assists. 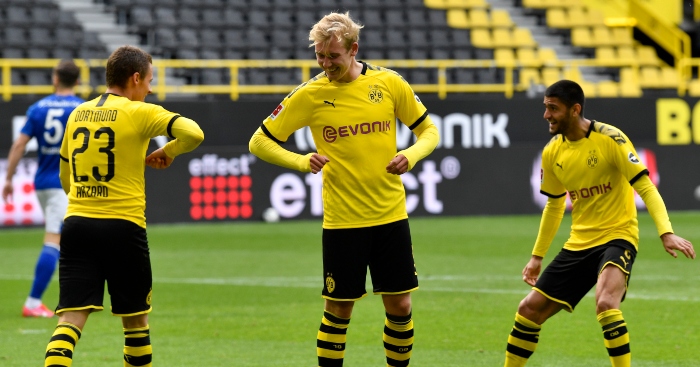 READ: Move over, Mesut Ozil: Julian Brandt is the new king of the pre-assist

After signing from Roma for €31.4million in 2013, Marquinhos was hardly an unknown tip for future success.

For his first three years in Paris, Marquinhos was overshadowed by compatriot David Luiz. Once Luiz returned to Chelsea, the centre-back became a fundamental part of the PSG backline.

In 2020, Marquinhos is club captain for the French champions and has 49 caps for Brazil. We think FIFA got this one just about right.

Shaw has had to contend with a lot, from a horrific double leg fracture in 2015 to being Jose Mourinho’s punch bag.

But he remains at Old Trafford to this day, making 149 appearances and bouncing back admirably from his previous setbacks.

Considering all Shaw has been through, he has done just fine.

One of life’s mysteries is how Piazon remains on Chelsea’s books. The forward is currently on his seventh loan spell away from the club.

After turning out for *takes breath* Malaga, Vitesse Eintracht Frankfurt, Reading, Fulham and Chievo, the Brazilian forward is currently playing in Portugal for Rio Ave.

*Buy Memphis Depay and thousands of other players on Football Index. 18+, UK and Ireland customers only, begambleaware.org. T&Cs apply.